BMW is going to launch the first EV based on its Neue Klasse architecture in 2025, but until then it still has several electric models planned for launch based around its existing CLAR platform used for its rear-wheel drive-biased models. The most important is the upcoming i5, which will be an electric version of the all-new G60 5 Series, believed to be available as both a sedan and a G61 wagon.

The sedan, which we’ve seen in its production clothes under light camouflage, will debut sometime next year, with either 335 horsepower and rear-wheel drive or 590 horsepower and all-wheel drive, to take on the Mercedes-Benz EQE and the equivalent model from Audi, believed to be called the E6. 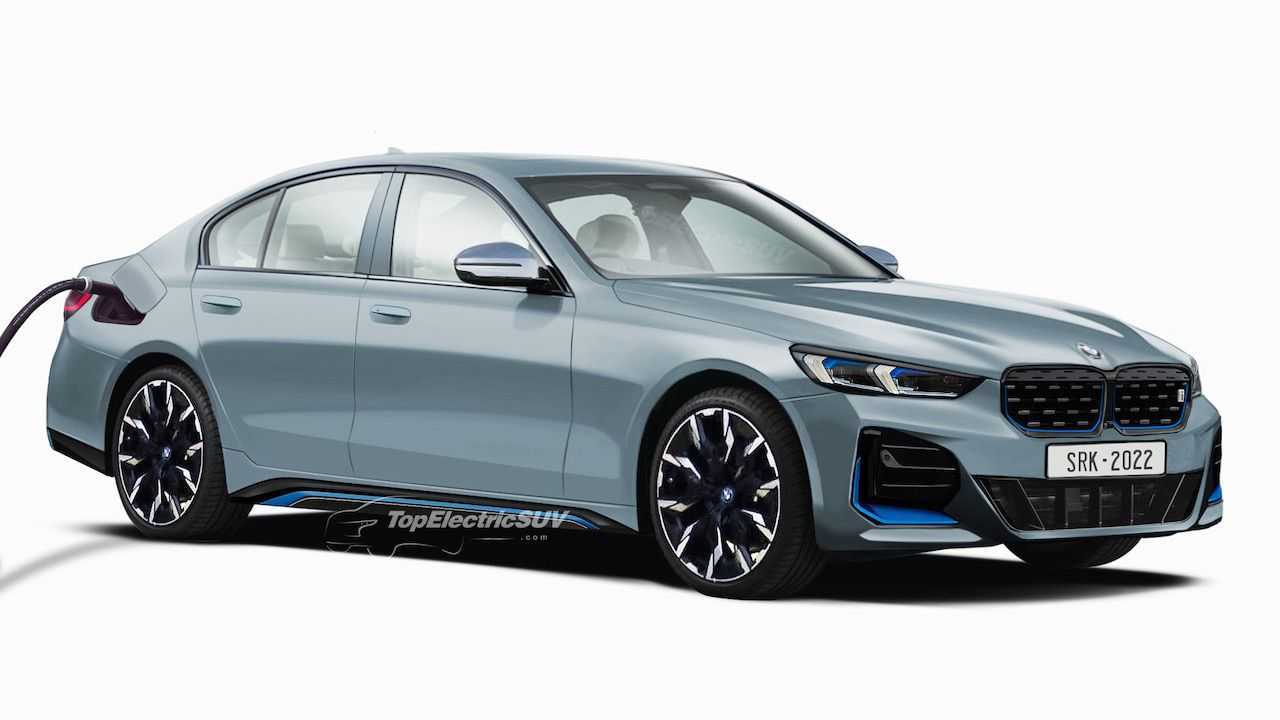 In regard to the wagon, there’s no official confirmation from BMW that it is indeed coming. We’ve not seen any spy photos showing anything similar and all we have to go on to say an i5 Touring is indeed coming is a November 2021 report from BMW Blog, which stated that the electric load-lugger could debut in 2024, one year after the three-box model.

It’s been almost a year since that report and we’ve only seen spy shots showing the camouflaged i5 sedan, possibly in its hotter M60 guise, which is believed to pack 590 horsepower, so it should sprint to sixty in a little over 3 seconds.

But in spite of the fact that i5 Touring has not been confirmed, there are plenty of renderings predicting what one might look like, suggesting there’s a lot of interest (at least on the side of the fans, not necessarily prospective buyers) for such a model.

The latest such rendering comes from TopElectricSUV, a source for many images we’ve featured in the past, this time providing an early look at both i5 body styles. We say they got the i5’s front fascia design spot on – that’s pretty much how it will look. The side of the vehicle won’t be too outlandish – probably the biggest change over previous models is the adoption of flush door handles.

Pre-Production Made In Germany Tesla Model Y Spotted In Norway

Four Things I Learned After a 4,000-Mile Road Trip in Our Kia Sorento