BMW began teasing the Concept XM over a week ago and at first it showed a dark photo of its front fascia and it was not particularly well received due to the size of its kidney grilles in relation to the rest of the front end. Well, now that the XM study has finally been revealed, the horizontally-slatted grille still looks gargantuan, but the rest of the vehicle should be less polarizing.

The manufacturer does’t make a secret out of the fact that the concept previews a production BMW XM and we don’t expect it to change too much.We will probably see changes in the bumper and the design of the light clusters (although the illuminated grille outline may stay), but the overall shape of the vehicle and many details will make it through to production; BMW will also add some physical door handles.

Even the double BMW roundels on the rear, a nod to the only other Motorsport-exclusive model, the M1, will surely be kept for production. We’re not sure about the extra LED lights above the windscreen or the design of the exhaust tips in the rear, but unless there’s a legal reason why the vehicle can’t have lights there, BMW could keep them.

Looking inside the XM makes it look even more like a thinly veiled production model – aside from the patina-packed distressed leather that is used throughout, the steering wheel, screens, seats, door panels are what you’ll see in the series model. Unsurprisingly, the XM’s interior looks very similar to what we saw in the iX, although it does look a bit sportier. 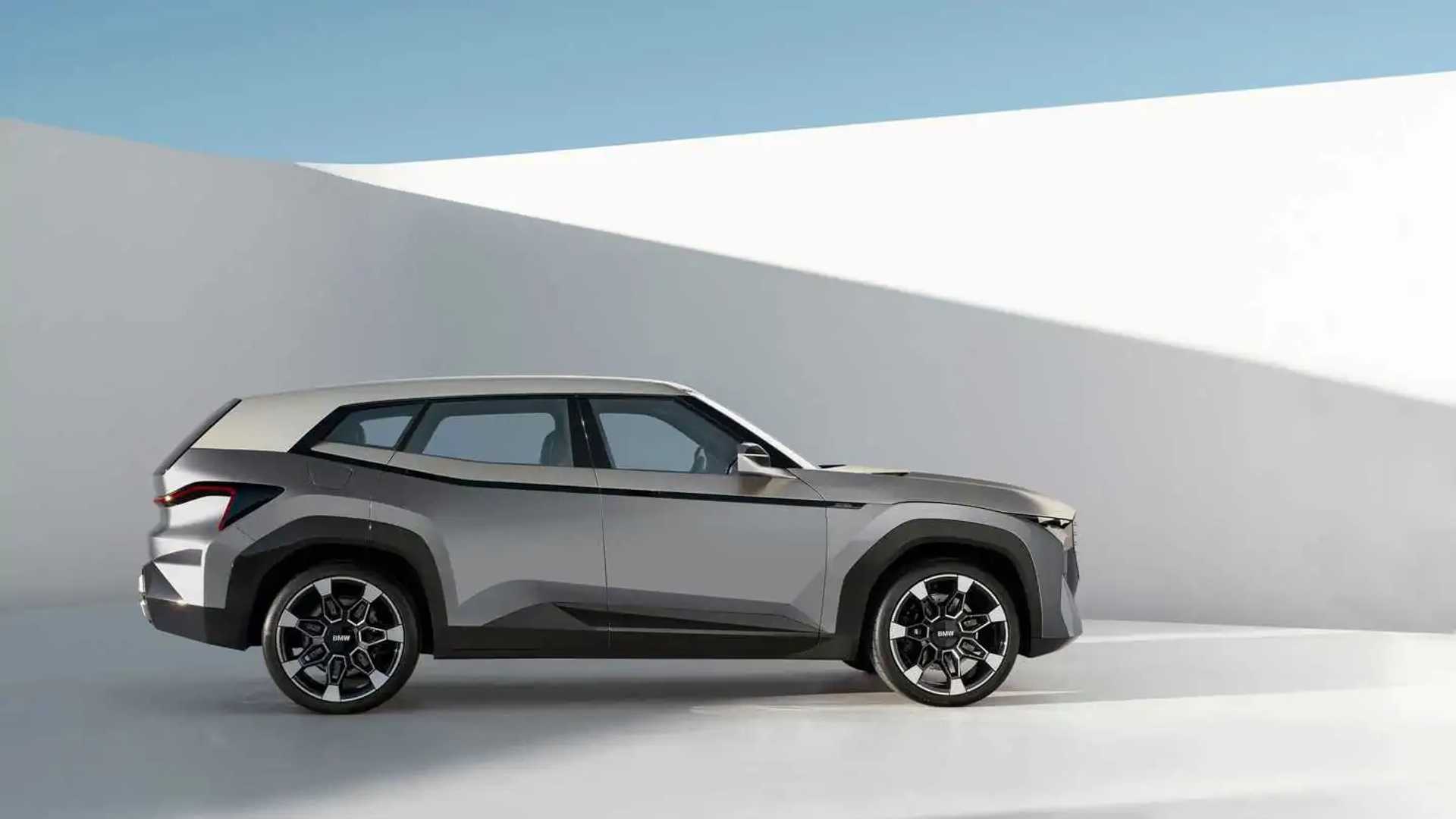 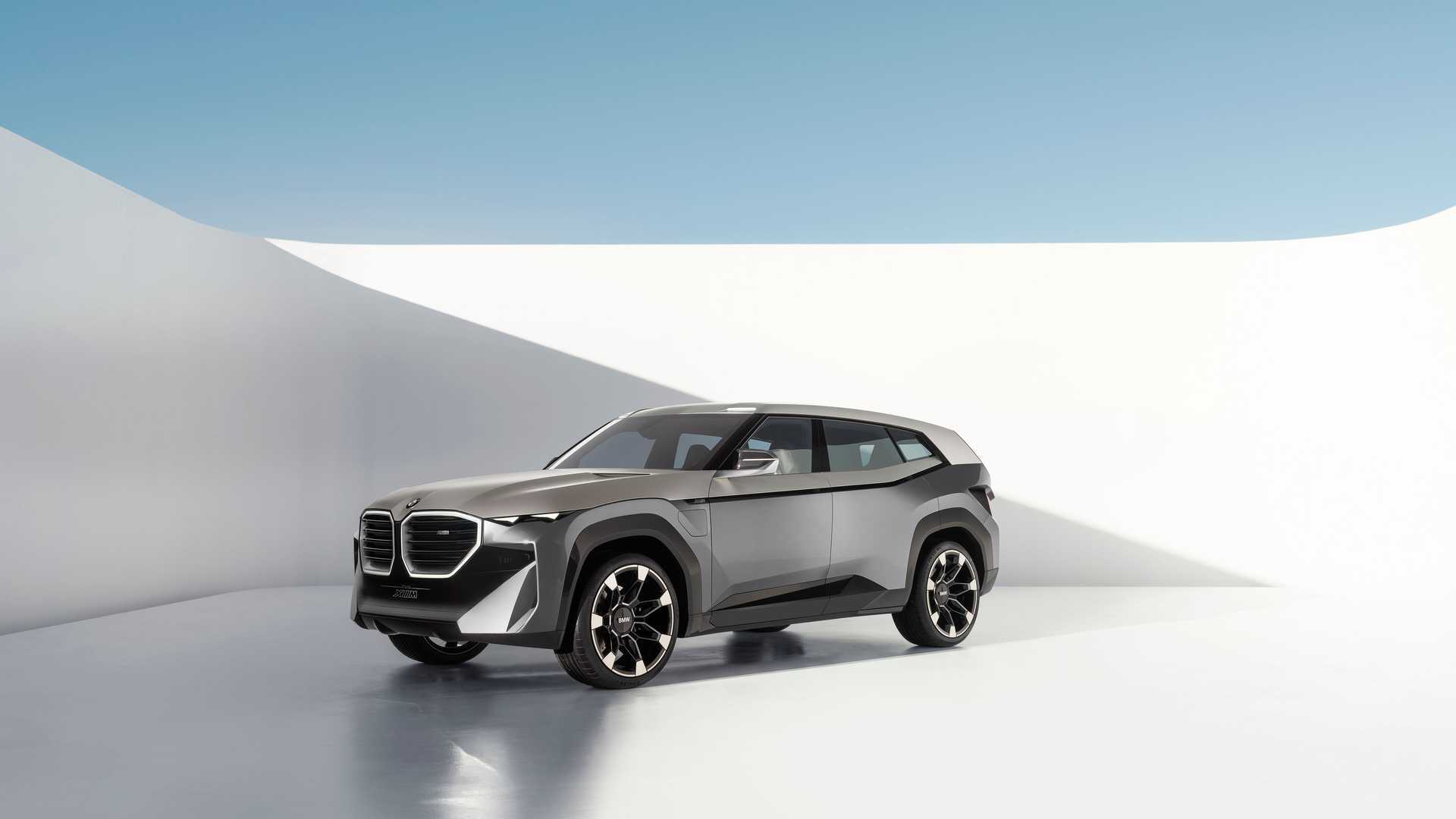 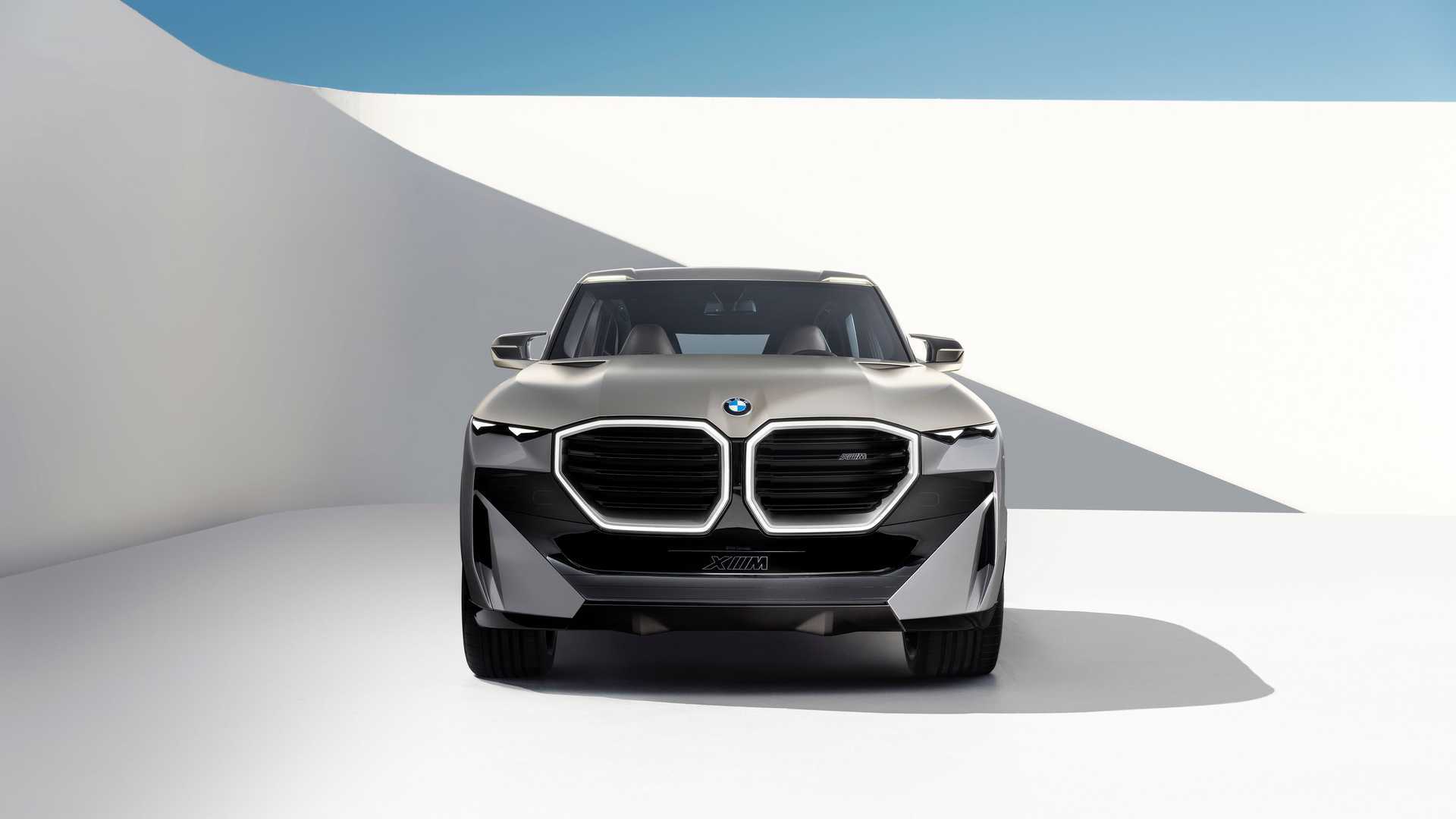 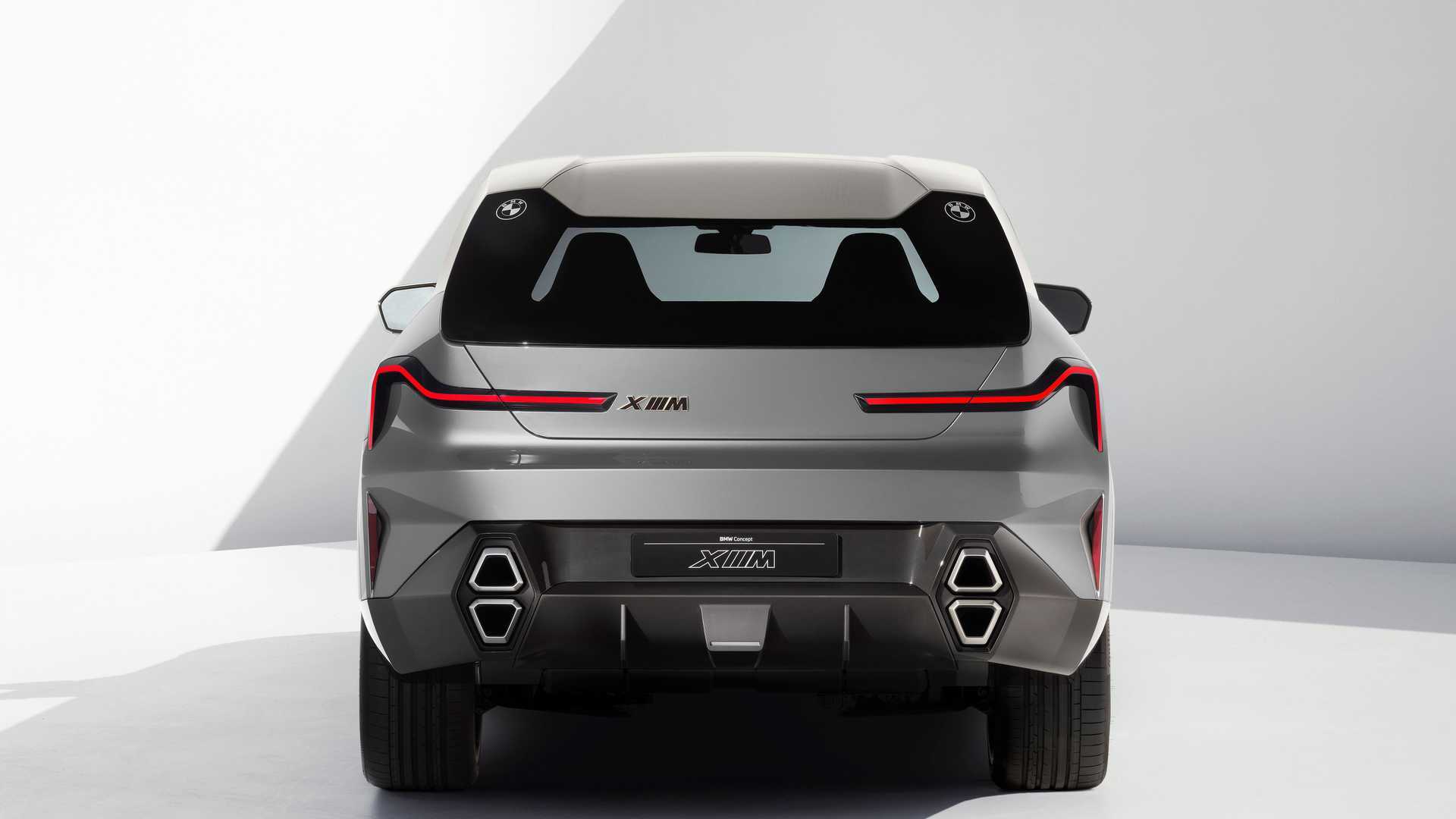 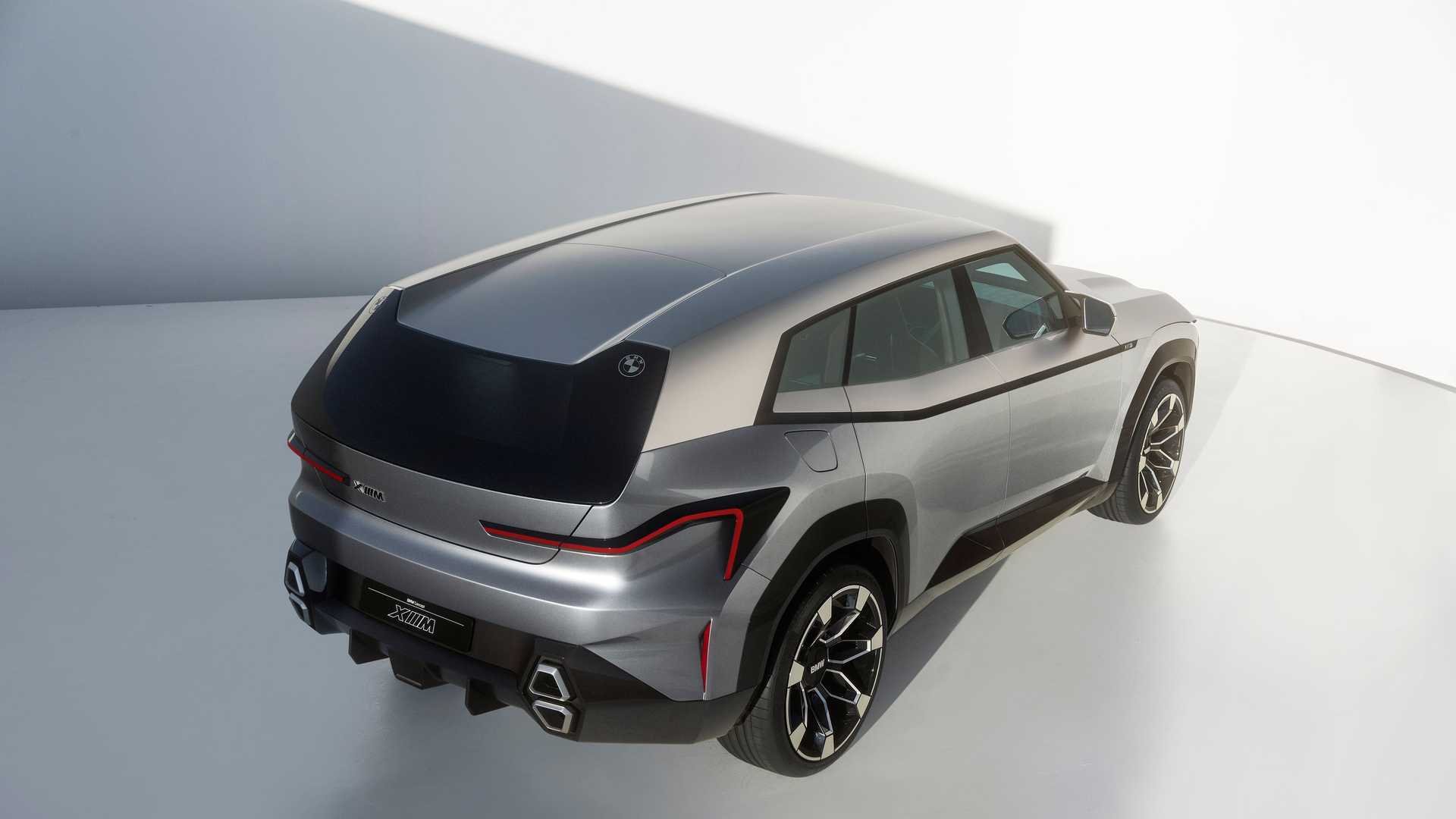 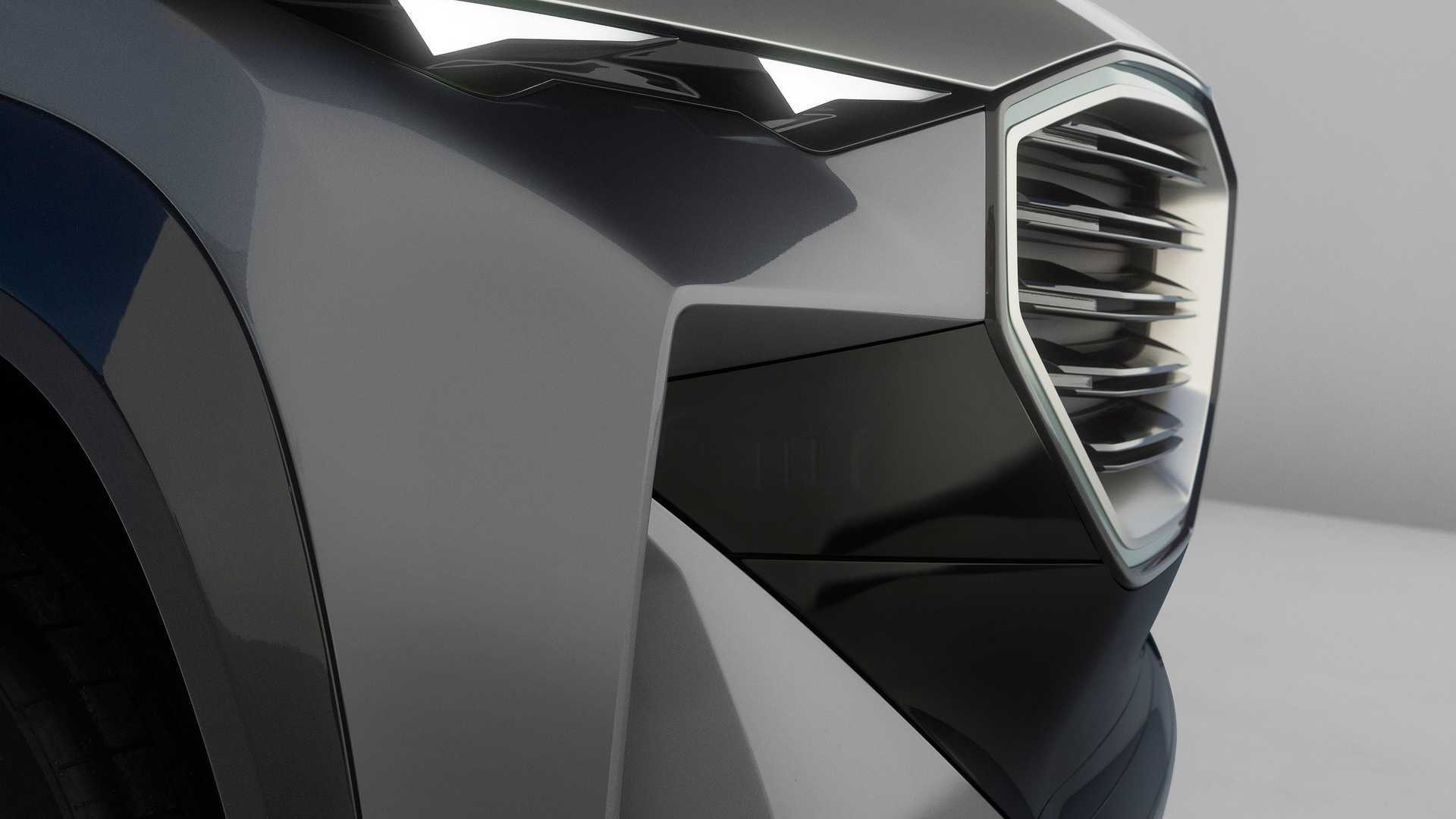 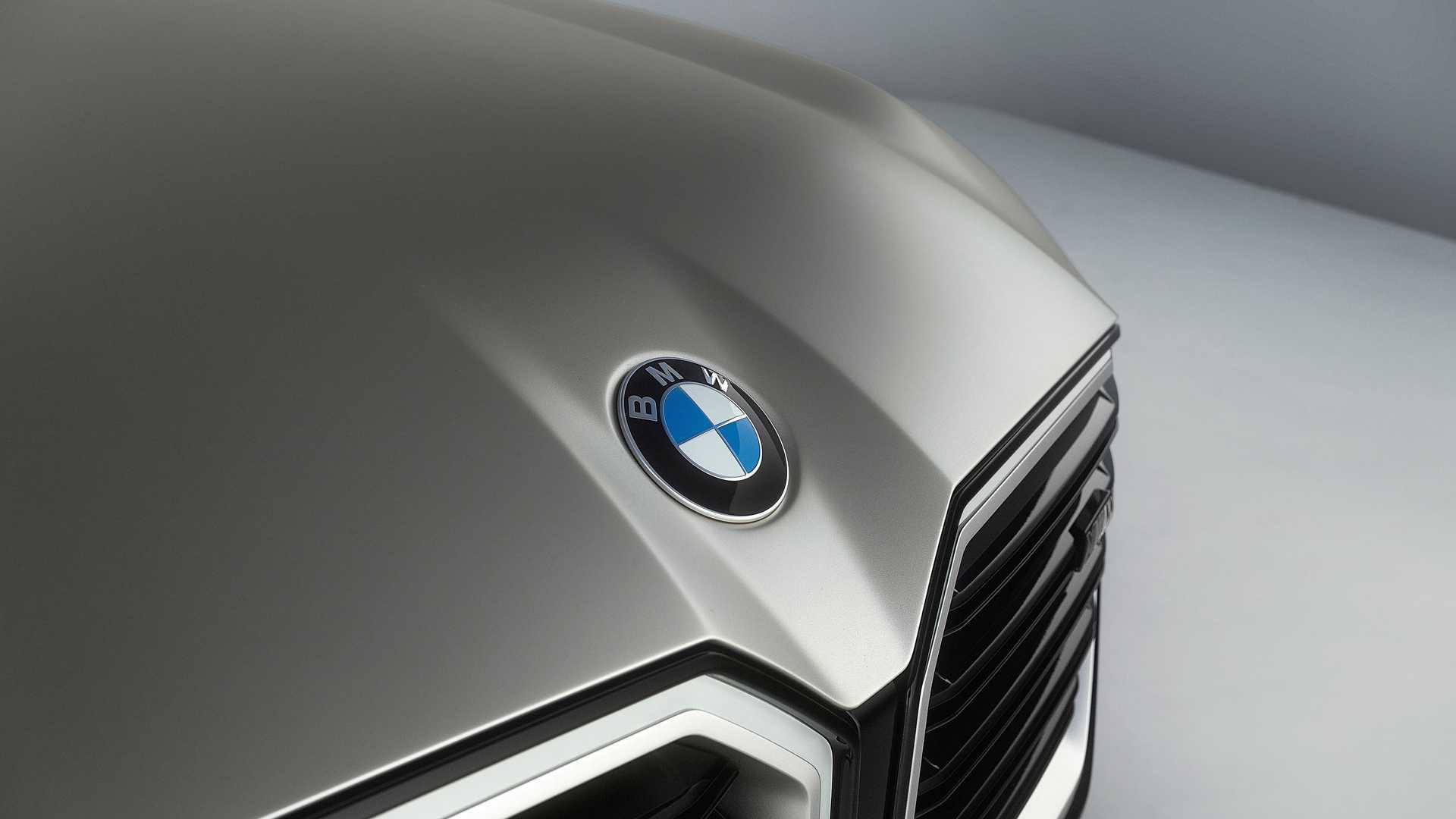 Under the XM’s very long hood, BMW has fitted a 4.4-liter V8 that together with an electric motor makes 750 horsepower and 737 pound-feet (1,000 Nm) of torque. Being a plug-in hybrid, electric-only running is possible in the XM too, and BMW is targeting an EPA range of 30 miles or 80 km on the WLTP test cycle.

The manufacturer doesn’t mention the size of the battery pack or charging speed, but since there are PHEVs that do fast-charge these days, we’re pretty sure the XM will do it too, possibly up to 50 kW. Franciscus van Meel, CEO of BMW M GmbH, explains that

The BMW Concept XM represents a complete re-imagining of the high-performance vehicle segment. It underlines the ability of BMW M GmbH to break with established conventions and push boundaries in order to offer fans of the brand the ultimate driving experience. The series-production vehicle – the first pure BMW M model since the legendary BMW M1 – also shows how we are approaching the step-by- step electrification of our brand.

BMW will unveil the concept to the public at Art Basel Miami Beach 2021 and it wants to begin production at its US facility in Spartanburg, South Carolina in 2022. The production model will get its own separate launch event when we will see it in its finished production state.