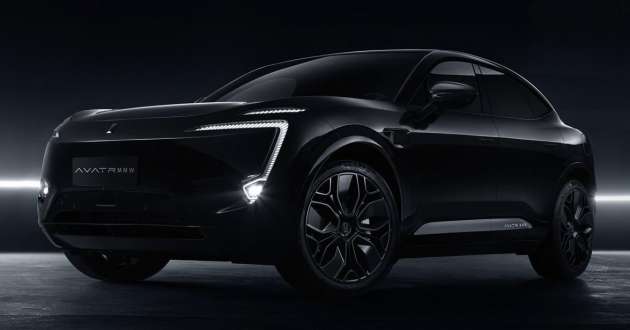 This is the Avatr 011, more specifically a special edition of the electric SUV that was co-designed with Matthew M. Williams (MMW), the co-founder of the 1017 ALYX 9SM fashion brand and creative director of French luxury fashion brand Givenchy.

Limited to just 500 units worldwide, the Avatr 011 MMW boasts some unique design touches that reflect the MMW brand. The colour black is the primary theme here, and the hue is used for almost everything, including the vehicle’s body, 22-inch wheels and trim pieces.

There are some silver accents for contrast, like on the brake calipers as well as within the cabin. Inside, dashes of silver can be seen on the centre console, door cards and seats, accompanied by a combination of Nappa leather and Nuprima matte leather upholsteries.

Finishing touches include the letters “AVATRMMW” presented on the seat headrests, brake calipers, door sills and the boot screen, along with branded buckles located behind the front seat, in the storage compartment, under the centre console and in the boot. 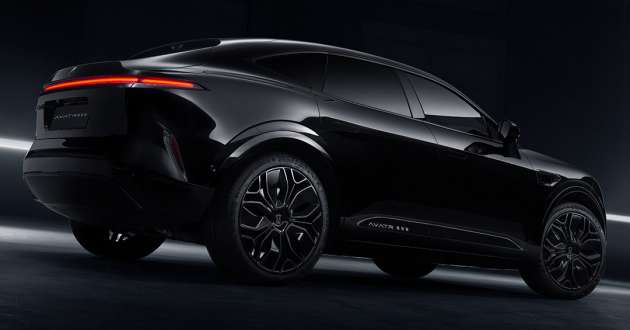 These photos also give us a good look at the 011’s interior, which wasn’t shown when the electric SUV was first revealed last November. It’s certainly modern in appearance, with no less than three screens on show, including a digital instrument cluster, a passenger-side touchscreen and a massive central touchscreen.

The largest of the three is where all vehicle functions are accessed, resulting in a very minimalistic centre console that only houses a storage cubby and a pair of wireless phone chargers. Elsewhere, we find an expansive dashboard that wraps around the front passengers and blends in neatly with the door cards, along with a steering that has a flattened top and bottom.

The 011’s cabin does appear to be quite futuristic, and this is also true when we examine the exterior of the SUV. Up front, we find slim LED daytime running lights that includes an upper light strip and an L-shaped cluster beneath, the latter leading to the primary headlamps. There’s no traditional grille here, with only a trapezoidal-shaped lower intake being another feature of the 011’s face.

Down the sides, there are retractable door handles as well as side scuttles that house the vehicle’s camera system – conventional side mirrors are still present and mounted on the doors. The 011 has a coupe-like roofline that leads into a steeply-raked rear window and into a light bar that spans the width of the vehicle. The rear keeps to the smooth and minimalistic design approach, with faux side vents and a black lower apron.

If you’re also wondering where the Avatr brand originated from, the company was previously known as Changan Nio, a joint venture between China’s Changan Automobile and Nio. Following Nio’s exit from the partnership in 2018, Avatr Technology was created with the involvement of Huawei and battery provider CATL. 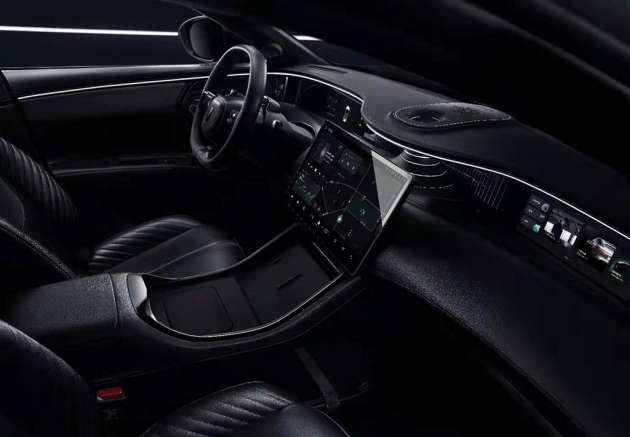 The 011 is the first model from Avatr – part of the brand’s “0” series – and is equipped with two electric motors from Huawei that provide a total output of 578 PS (570 hg or 425 kW). The electronics maker has committed itself to automobiles, with the Seres SF5 being another EV the company is involved in. Huawei also has its own car brand called AITO, which stands for “Adding Intelligence to Auto,” with the M5 (a PHEV version of the SF5) being its first offering.

Meanwhile, CATL supplies the CTP (cell to pack) ternary lithium battery pack used in the 011, which has an energy capacity of 90.38 kWh for a range of up to 700 km. Performance-wise, the 011 takes three seconds to get from 0-100 km/h and will hit a top speed of 200 km/h. It also comes with a 750-volt super-fast charging system that can accept a charging power of 240 kW, allowing it to charge the battery from a 30-80% in just 15 minutes.

In addition, the 011 also comes with Huawei Inside (HI), a fully stacked smart car solution that unifies a computing platform capable of 400 TOPS (tera operations per second) with three lidar sensors, six millimetre-wave radars, 12 ultrasonic radars and 13 cameras. The 011 is expected to go on sale in China in the second quarter of 2022, with deliveries expected to begin in the third quarter.