Back in the early 1970s, Curtis Brubaker had the awesome idea to revive the spirit of the original Volkswagen Beetle and Microbus with a new vehicle based on the same bones. Unfortunately, the designer couldn’t reach an official deal with the German automaker and decided to continue the project on his own. Instead of receiving unused platforms directly from the factory, Brubaker had to work with used Beetles and convert them into new vintage-looking buses, selling the excess components from the original car.

This is the short version of the story of how the Brubaker Box was born in 1972. However, the project turned out to be unprofitable for its creator and Brubaker managed to complete just three examples of the original Box. One of them later became the Roamer on the TV show Ark II. Even after Brubaker filed for bankruptcy, though, the investors in the project saw potential in continuing the production and a company called Automecca assembled 25 more units in California. 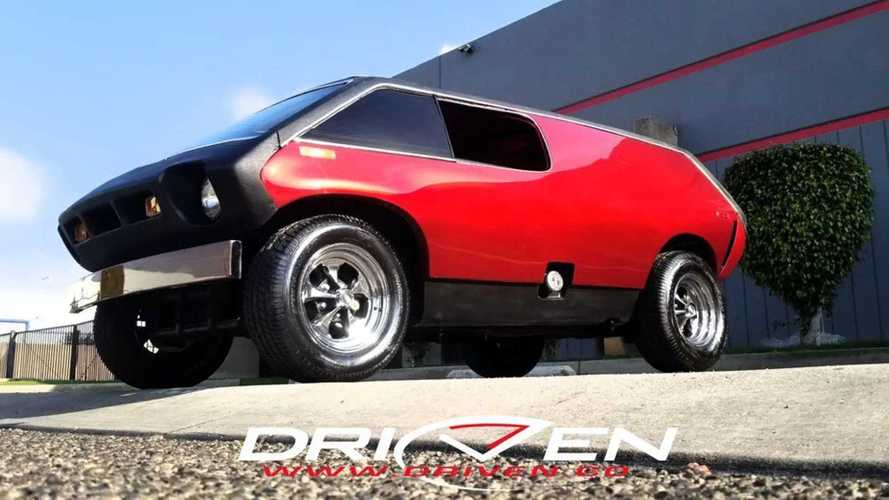 This takes us to the vehicle you see in the gallery above, which is currently listed for sale by Driven.co. This is believed to be 1 of just 17 surviving examples of the bus that wears the Sportsvan moniker. This new name was given to the vehicle after Automecca took over the production, following the same design and technology as the original Brubaker Box. Obviously, many components were taken from other cars, including the windshield from an AMC Hornet, taillights from a Datsun truck, and various other parts sourced from Chevrolet El Camino.

This particular example was recently restored to its factory condition. The exterior is finished in striking red color with black accents on the front fascia and the side sills. Originally, the Sportsvan featured a fiberglass body designed to bolt directly to an unmodified Beetle chassis. As you can see from the attached photos, the interior is a custom design with two individual front seats and a lounge-type seat at the back. The only entrance to the cabin comes from a large sliding door on the right side of the vehicle.