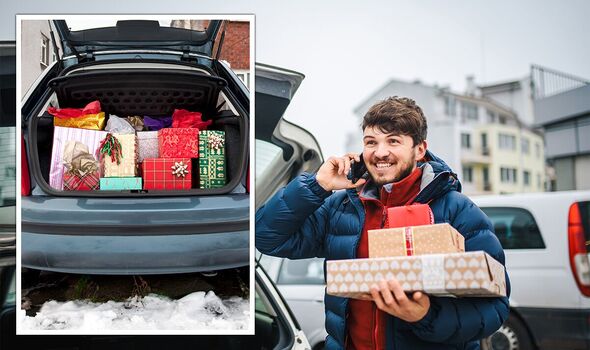 Automotive experts at Leasing Options have analysed police force data from 2017 to the current year to determine which areas experience the biggest spike in car theft during the holiday season.

Due to some police forces covering a larger area, Leasing Options compared the police data to the population covered by each police force to determine in which area residents are most likely to have presents stolen from their cars this Christmas.

The research revealed that residents of Derbyshire are the most at risk, with one theft from car report per 162 people.

This area also features in the top 10 for the areas with the biggest spike in thefts from cars in the run-up to Christmas, suggesting that Derbyshire is one of the riskiest areas to hide presents in the car.

In second place is the City of London, with one in every 229 people experiencing theft from their car.

Despite featuring in second place, this police force only covers a small pocket of London and is followed in third place by the Metropolitan Police with one in every 522 people falling victim to thieves taking their belongings from their car.

Completing the top five are West Midlands (one in every 726) and Greater Manchester (one in 731).

On the other hand, drivers are least likely to fall victim to thieves stealing from their cars if they live in Dyfed-Powys (one in every 7,574).

Top 10 areas where presents are most likely to get stolen:

Based on a five-year average, there has been a 4.74 percent spike in theft from cars over the Christmas months in England and Wales.

Some police force areas have experienced significantly higher spikes while others have managed to reduce the number of theft from car offences over the years.

The police force area that has experienced the biggest increase based on a five-year average is the City of London.

This area is not to be confused with the Metropolitan Police force area, it only covers a small area in London known as the Square Mile, also known as the financial district in London.

The area has seen a 53.02 percent increase in thefts from cars since 2017, possibly linked to the amount of wealth in the area being seen as a target by thieves.

Despite the spike in the area, there have only been an average of 46 thefts from cars around the Christmas period, a small number in comparison to other police force areas.

Top 10 areas with the biggest spike in thefts:

2022 Opel Astra Spied For The First Time With Production Design

SSC Tuatara Will Be Electrified With Front Motors In AWD Setup: Report