Let’s talk about every enthusiast’s favorite film franchise: Redline. Ha! Even Eddie Griffin wouldn’t want to talk about that turkey. No, let’s talk about The Fast and the Furious. It’s been 20 years since we were first introduced to Dom, Letty, Brian, Mia, and the rest of the crew. Twenty years of high-flying adventures, street-racing, the horribly named “Race Wars,” and overnighting parts from Japan.

In that time, we’ve been gifted a host of globe-trekking movies that have seen mi familia pull off bank heists, battle covert ops assassins, fight hackers, throw cars out of planes, race along a 27-mile runway, drink gallons upon gallons of Corona, and eat a couple tuna sandwiches — no crust — along the way. Now, facing the imminent release of F9, which is weirdly the tenth movie in the franchise and also the seventh in the franchise’s in-world timeline, I figured it’s time to rank each one in the correct order. 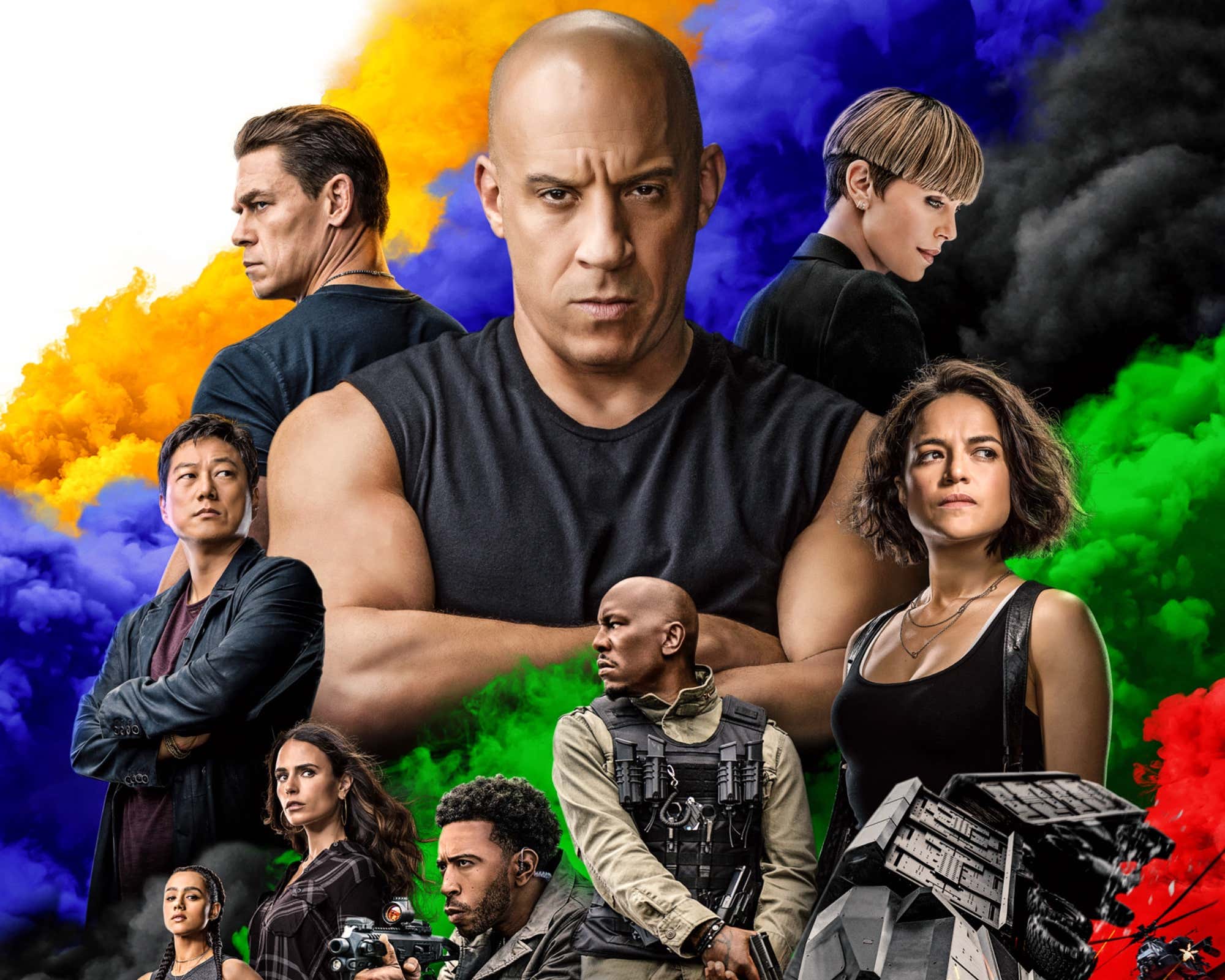 I already know this list is going to be controversial. It’s not the list everyone will expect, and it’ll be extra contentious here in the office given that Deputy Editor Kristen Lee recently proclaimed TheFast and the Furious: Tokyo Drift as the best in the F&F cinematic universe. Between arguments with my colleagues and dealing with the comments section that will assuredly light up, I might have difficulty finding time to go out and watch F9 this weekend.

When I do, For now, that film isn’t included here, but when I see it, I’ll update this list in the correct order. So let’s end the suspense and get to it.

Fast Five returns the film franchise to its roots: a heist film. Set in Brazil, the entire film is pitch-perfect from minute one as our “heroes” bust Dom out of the slammer and head to Brazil to escape the man.

And in the film, you’ve got drug lords, GT40s, cars jumping off trains, Dom and Brian jumping a car into a canyon’s river, the entrance of a very sweaty Dwayne “The Rock” Johnson’s Luke Hobbs, a drag race with police-spec Chargers, everyone’s favorite Han, a killer soundtrack, and two Chargers ripping out a multi-ton safe from a police station and “driving” it through the streets of Rio enacting complete and total carnage. It’s every enthusiast’s fantasy adventure. You couldn’t pack in anything else.

There’s also a real plot, a generous helping of heart, more heartbreak, a surprise pregnancy, and Roman saying, “This just went from Mission: Impossible to Mission: In-freaking-sanity!” Yes, Tokyo Drift is more grounded in reality and the stunts, but who goes to a screening of The Fast and the Furious for grounding? No one.

It’s the best in the franchise, and I’ll die on this hill.

The Fast and the Furious: Tokyo Drift

Kristen absolutely nailed why Tokyo Drift is one of the best films in the franchise and, though she got the order wrong, you should absolutely read her write up about the film. It hits every reason why it’s a killer F&F movie. The soundtrack is bomb, the acting is pretty decent, we get introduced to Han, and director Justin Lin makes his triumphant debut in the series.

The Fast and the Furious

Most people would put the original movie further down the list, but without it, we wouldn’t even have a list to fight about. That immediately gives it a podium place. There’s so much to original The Fast and the Furious, and every single one of us can recite at least 10-15 great and cheesy lines from this flick.

Yes, it’s a bit of a Point Break knockoff but Point Break is great and so is The Fast and the Furious. And as a slight dig toward Point Break, I mean, PB hasn’t been turned into a 10-film franchise worth billions of dollars now has it? No. 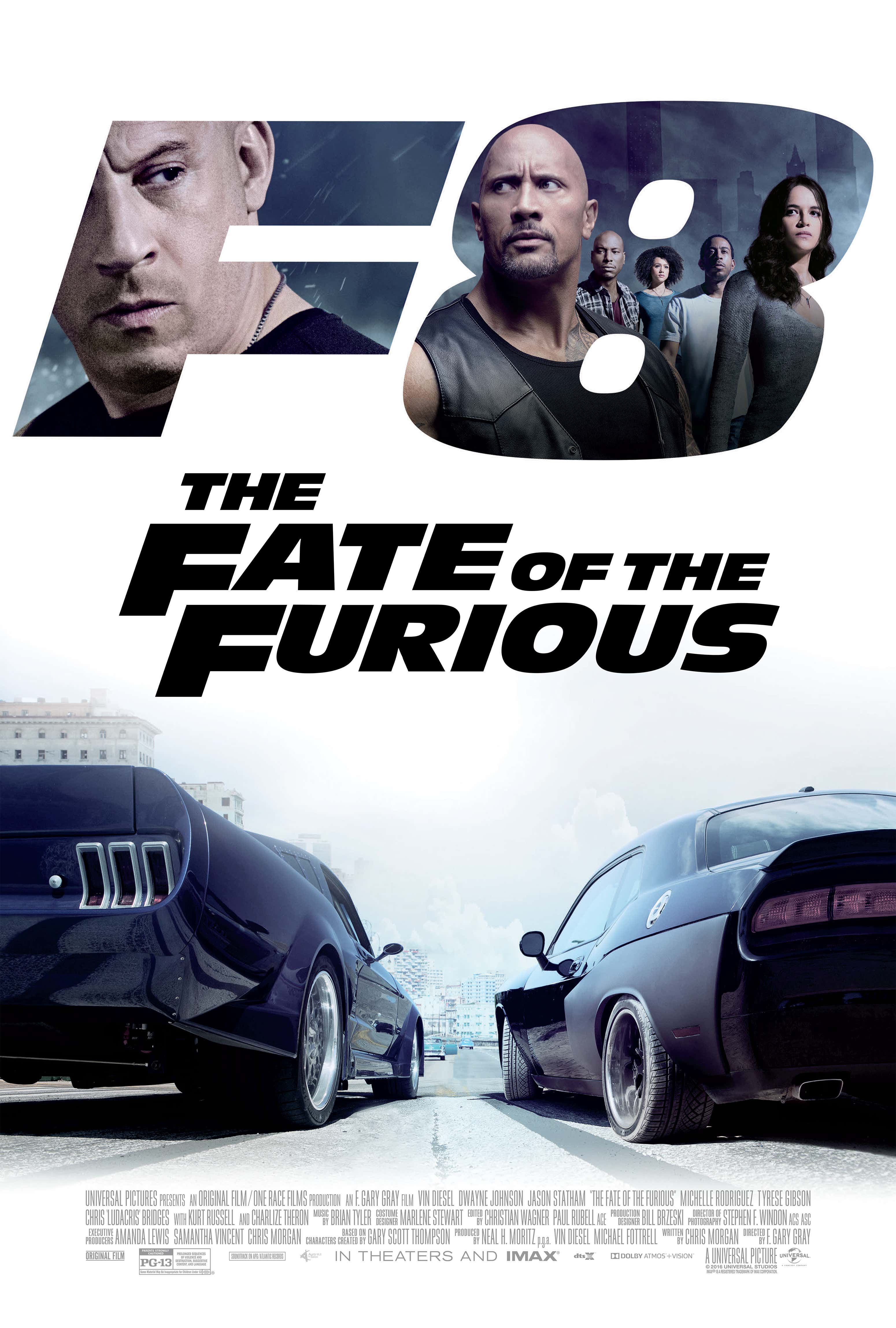 More and more looking like a Marvel movie, amirite?

The Fate of the Furious

The Rock punches a torpedo, Dom drives a mid-engine rocket-propelled EMP-delivering Charger, Charlize Theron enters as master hacker Cipher, you get both Dame Hellen Mirren and Kurt Freakin’ Russel, and the team blows up a damn submarine. They really threw everything and the kitchen sink at this movie and that only describes maybe a quarter of what happens throughout.

F8 of the Furious is a spectacle-type of movie. The plot is so-so, but the action more than makes up for it, and Kurt Russell’s Mr. Nobody cheeses it up in every scene he’s in in the best possible way.

There’s also a street race through Havana, Cuba that ends with Dom crossing the finish line backward, on fire, and flying into the ocean. What’s not to love here?

Furious 7 returns the crew to Los Angeles, California. After being granted clemency following them taking down rogue terrorist Owen Shaw in Fast & Furious 6, they all go their separate ways to live out their lives. Mia, Brian, Dom, and Letty all return to the set of the first film, only for it to literally explode as Owen’s brother Deckard, played by Jason Statham, comes after them following his brother’s defeat.

Hijinks ensue: Brian and Dom and the rest of the crew go on a whirlwind adventure around the globe and jump cars out of airplanes. They quasi join the CIA. Head to Abu Dhabi to dead-lift a Lykan Hypersport and drive it through three high-rise buildings. And then end in Los Angeles where Hobbs rips off a drone’s mini-gun and shoots down a helicopter, while Dom barrel rolls his Charger off a crumbling parking structure only to leave a bag of grenades on a helicopter. No one is hurt from all this madness, either.

It’s a solid romp if you’re looking for a good time to turn off your brain.

Furious 7 also marks the last appearance of Paul Walker’s Brian O’Conner, as the actor died mid-way through filming in a horrific car accident.

Oh boy, let’s get into Fast & Furious 6. Yes, this is the one with the infamous 18-mile runway, though that’s balanced out with the stupidly awesome “flip-cars” and the delightful Luke Evans as bad guy Owen Shaw.

Fast & Furious 6 comes in the middle of this list with plenty of solid moments, headlined by the reveal that Letty is still alive. It also has the aforementioned flip-cars, Brian’s rad Ford Escort, Roman nearly getting crushed by a tank, Hobbs recruiting Dom’s family, and a mid-credits scene revealing Owen’s brother Deckard is the reason Han dies in Tokyo Drift. He doesn’t actually die, as evidenced by his return in F9, but for the purposes of the movie, he does.

There’s also a lot of ham and cheese with Giselle dying, Roman jumping out of a Ford Mustang to escape a tank tread, Dom catching Letty from like 60 feet away, and that damn runway scene — let’s never talk about that scene ever again. *shudders

I love/hate 2 Fast 2 Furious. It has the best soundtrack of the series and also the worst CG. The story is suspect, the racing is ok at best, the acting is hamming it up, and the CG makes the DCEU’s Gumby-esque fight-fests look like Renaissance masters.

We do get introduced to Tyresse’s Roman and Ludacris’ Tej, though, and the highway scene is pretty solid. That said, they couldn’t get a real Lancer Evolution and just mocked up a fake one with a base Lancer. So points deducted.

Hobbs & Shaw is where the series crosses into MCU territory as it features DSS Agent Luke Hobbs and criminal mastermind and expert assassin Deckard Shaw teaming up to fight a literal cyborg played by the great Idris Elba.

There’s zero grounding in this movie. Everyone’s a superhero with magical and death-defying abilities that protect them from an ounce of harm. The CGI car stunts are wilder than ever before, as well, and at one point, The Rock goes full Captain America and pulls down an attack helicopter.

It’s not the worst movie in the series, but I think it strayed a little too heavily into the superhero genre.

Fast & Furious is the least memorable of the franchise. There’s a GNX, a fuel heist, a quick cameo by Han, Letty dying off-screen, and…cars? There’s also some drug lord stuff intermixed, we get Gal Gadot coming into the franchise, but that’s the main hit points.

Yeah, it’s the worst of the series.

Let’s Talk: Comment Below To Talk With The Guides & Gear Editors!

We’re here to be expert guides in everything How To related. Use us, compliment us, yell at us. Comment below, and let’s talk! You can also shout at us on Twitter or Instagram, here are our profiles. Got a question? Got a pro tip? Send us a note: [email protected]