A Lamborghini Huracan and an Audi RS6 Avant aren’t direct competitors. However, that conversation changes when an ABT Audi RS6 Avant Johann Abt Signature Edition sits next to the Huracan STO for a drag race. The two couldn’t be more different, but some of those differences disappear when the two race down the drag strip, as a new Daniel Abt YouTube video demonstrates. 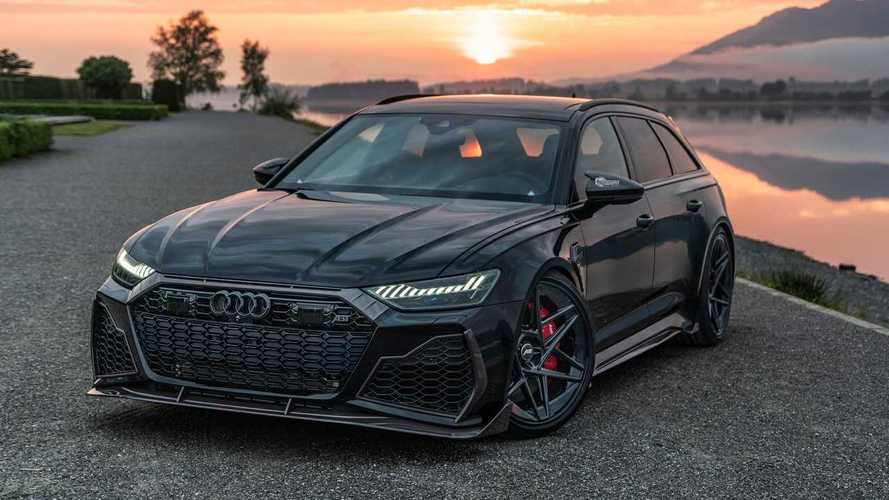 The Audi has an advantage with its all-wheel-drive system, but it’s much heavier than the Lamborghini. The Audi tips the scales at 4,739 pounds (2,150 kilograms). The Huracan STO only powers the rear wheels, but it’s much lighter than the Audi at 2,951 lbs (1,339 kg).

The first race is a quarter-mile long, and the Audi’s AWD allowed it to get a solid launch off the line ahead of the Huracan. However, the Audi is just too heavy to keep its lead, with the Lamborghini sneaking ahead just before the finish line, completing the quarter-mile race in 10.89 seconds. That’s a smidge quicker than the Audi’s 11.17-second time, which is impressive for the family wagon.

The two half-mile races (800 meters) that follow don’t give the Lamborghini as much legroom as one would imagine. In both instances, the Audi and Lamborghini finish pretty close, but the Lamborghini is still quicker, racking up 16.97- and 16.91-second times. The Audi needed 17.33 and 17.21 seconds, respectively. The final rolling races eliminate the Audi’s only advantage – AWD – and the Lamborghini has no trouble putting considerable distance between the two before crossing the finish line.

While a straight-line drag race shows the slight differences between the two, the story would be quite different on the track. The lighter, nimbler, tracked-designed Lamborghini would walk away from the heavier Audi.