Volkswagen almost pulled the plug on the Amarok but thanks to its partnership with Ford, the midsize pickup truck has been given a new life. The German marque has been teasing the model since December of last year, with the latest “near-production sketches” giving us a clear view of its side profile.

Based on that latest teaser and the other multitude of sketches released earlier, our friends from Kolesa have put on some work and tried to imagine what a production Amarok would look like. Here are unofficial renderings, previewing the next-generation Amarok.

As mentioned, the VW went into partnership with Ford for the Amarok, among other things. This means that the upcoming VW pickup will be based on the recently revealed Ford Ranger and its heavily updated T6 platform.

Design-wise, the Amarok differs from the Ranger if we’re to base the judgment on these renderings. The proportions are there, though, as well as the squarish corners found on the wheel wells and both fascias.

Just like the Ranger, VW will be the Amarok with various engine options depending on the market. A beefy V6 TDI diesel engine is confirmed, while a more potent Amarok R is said to be under consideration to fight the upcoming Ranger Raptor. 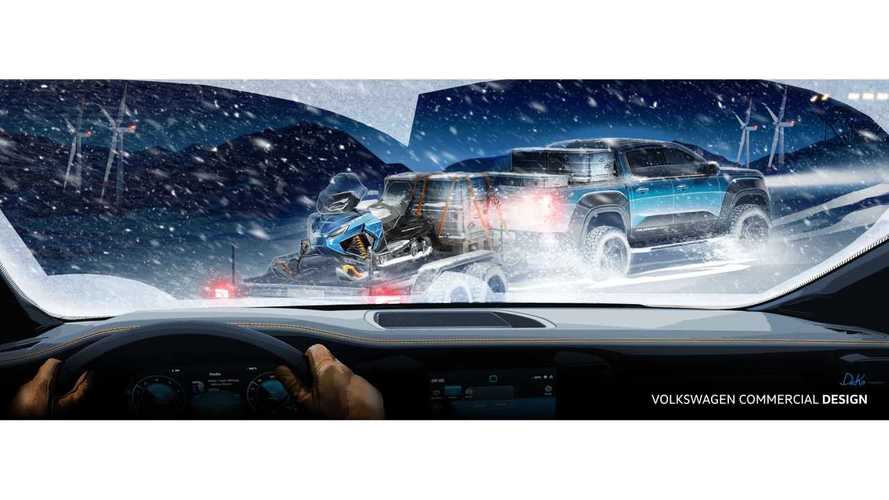 “We emphasize the different, expressive front designs of our pickup with a charismatic Amarok signature that is also found with very large letters on the cargo box at the rear and is sported very proudly by the Amarok,” said Albert-Johann Kirzinger, Volkswagen Commercial Vehicles head of design.

The 2023 Volkswagen Amarok will make its global debut later this year. We don’t expect the automaker to offer the truck in the US.

Novitec Has Made The McLaren 620R As Powerful As A 720S