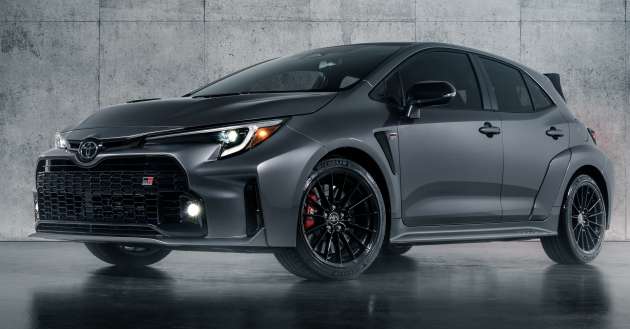 Toyota has finally announced pricing for the GR Corolla in the United States, several months after the model first made its debut back in April this year. The GR Corolla is based on the latest Corolla Hatchback and has quite a bit in common with the GR Yaris, which US customers miss out on.

Available options for the Core variant include a USD1,180 (RM5,310) Performance package that adds on front and rear Torsen limited-slip differentials and upgraded brakes. There’s also a USD770 (RM3,465) Technology package that includes a better infotainment system as well as wireless charging, while a USD500 (RM2,250) cold weather set brings with it heated front seats and steering wheel.

The GR Corolla uses the same G16E-GTS 1.6 litre turbocharged three-cylinder petrol engine as the GR Yaris, but tuned to deliver 304 PS (300 hp) and 370 Nm of torque. The mill is paired with a six-speed manual transmission and GR-Four all-wheel drive system, which is also what the smaller hot hatch gets. 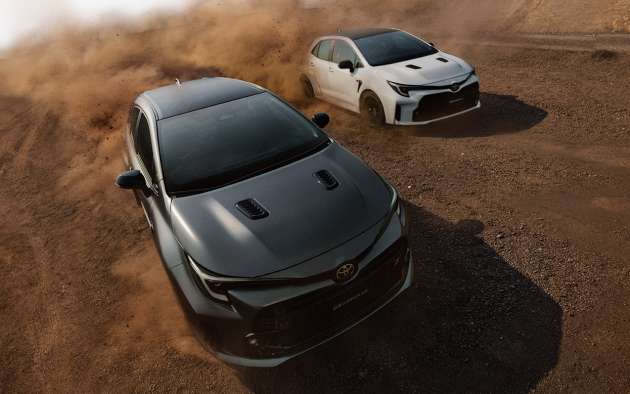 The Morizo Edition is a little more special as only 200 units will be offered in the US, each offering more torque (400 Nm) and several track-focused modifications. These include closer gear ratios, specially-tuned monotube dampers, additional structural adhesive and body reinforcement braces as well as no rear seats to save weight.

Toyota has already confirmed that the GR Corolla is a global model and will not be exclusive to the US. Pricing for the hot hatch in Japan will be announced soon, and there is a possibility that we could get it as well, considering other GR models like the GR Supra and GR Yaris were officially launched here. Fingers crossed.