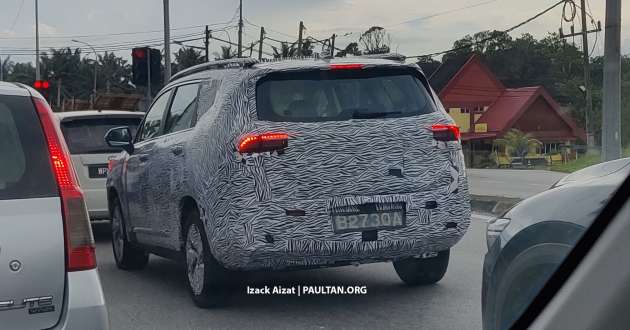 Here is yet another sighting of the upcoming Proton X90 SUV, this time in the urban surroundings of Kuala Lumpur, as posted to Facebook as well as from paultan.org reader Izack Aizat.

Previously sighted on the PLUS highway with a Mazda CX-8 following presumably for benchmarking purposes, the latest sighting of the national carmaker’s upcoming seven-seater SUV finds not just one, but two units of the upcoming model negotiating city traffic.

This is the latest sighting of Proton’s upcoming seven-seater SUV, following previous on-road encounters where development units were sighted on test runs going towards Genting Highlands, when it was also joined by a previous-generation Kia Carnival. 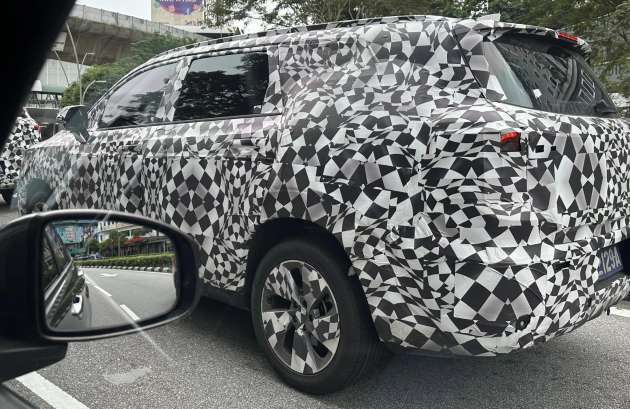 As with the national carmaker’s current crop of SUV models, the upcoming X90 will be based on an existing Geely product, specifically the Haoyue that is also known as the Okavango in the Philippines, where the seven-seater is powered by a 190 PS/300 Nm 1.5 litre turbocharged three-cylinder petrol engine.

That unit is of a mild-hybrid configuration, however another, fully internal combustion variant already serves in the current Proton line-up, namely in the X50 as well as the 2022 X70 MC.

The Proton X90 is part of the carmaker’s run of three models that will be launched between 2023 and 2024, following pandemic lockdowns and chip shortages which delayed the seven-seater’s original launch timeline that was meant to take place this year.