Jeep has certainly been lagging behind rival SUV makers in the three-row segment, but that’s no longer the case. 2018 saw the Chinese launch of the Grand Commander, followed in 2021 by the Wagoneer, Grand Wagoneer, and the Grand Cherokee L for the United States. Last year, a seven-seat Commander was launched in Latin America to serve as a three-row alternative to the updated Compass.

Fast forward to 2022, Jeep is now teasing the Meridian. Essentially, it’s an Indian version of the Commander, so it utilizes the same Compass bones with a longer rear overhang and stretched wheelbase. The greater distance between the two axles comes along with a more generous greenhouse and bigger rear doors to facilitate access to the rearmost seats. 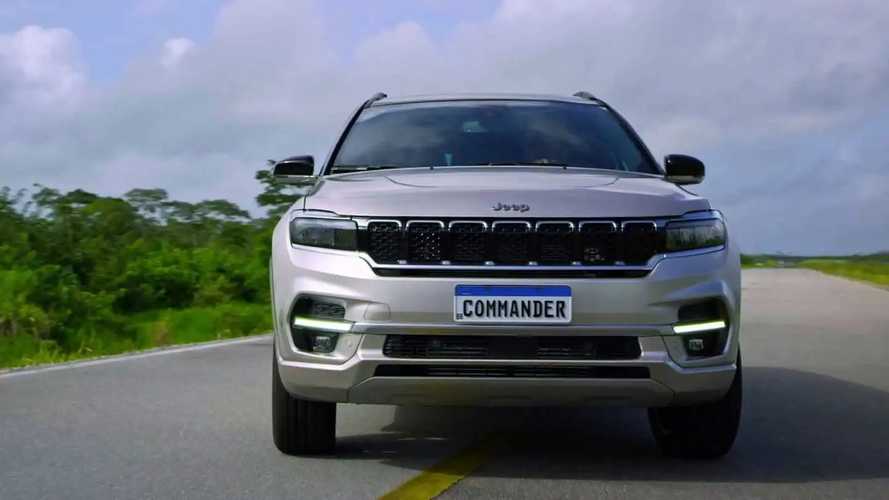 Although the new Jeep Meridian remains fully covered in camouflage, we are getting the impression it won’t look that much different than its Brazilian counterpart. That said, the headlights seem different since the LED daytime running lights are incorporated into the main cluster rather than being a separate light bar in the bumper.

The high-mounted taillights appear to have the same shape, which is something we can also say about the body panels and side mirror caps. It’s unclear at this point how Jeep plans to localize the Meridian for the world’s second-most populous country, but details should arrive in the following months.

As far as the SUV’s name is concerned, it’s inspired by the meridian 77th east of Greenwich and was chosen from around 70 options. Wikipedia says it’s the most populous meridian in the world, with up to 140 million people. The line of longitude goes from the North Pole across the Arctic Ocean, Asia, Indian Ocean, Southern Ocean, and Antarctica to the South Pole. During the development phase, Jeep tested prototypes on the long journey from Kashmir to Kanyakumari to cover nearly 2,200 miles (about 3,500 kilometers).

Indian reports suggest the Jeep Meridian will be equipped with a turbodiesel 2.0-liter engine upgraded to deliver 200 horsepower. Sent to all four wheels via a nine-speed automatic transmission, the extra oomph will be necessary to match the increased weight over the Compass. There are also talks of a mild-hybrid setup.

The three-row configuration is believed to come in two flavors as Jeep India is allegedly considering both six- and seven-seat layouts. In the high-end versions, the driver’s and front passenger’s seats will be ventilated, while the list of goodies is expected to include a 10.25-inch digital instrument cluster and a 10.1-inch touchscreen. A panoramic sunroof, wireless smartphone charger, and Android Auto & Apple CarPlay are all on the list as well.

Jeep’s Toyota Fortuner rival will be assembled in India and is programmed to go on sale by mid-2022.

2022 Proton Iriz vs Perodua Myvi – we compare the maintenance costs of both over five years/100,000 km – paultan.org