Do you want a front-wheel drive small electric Jeep? Well, if you live in the United States you won’t be able to get one, but if you live in Europe, South America or Japan, then you will soon be able to order the new Jeep Avenger, the company’s smallest offering, which will slot in below the Renegade. It’s going to be built in Poland at the Tychy factory and exported to several markets, and even though at first it will be a front-wheel drive vehicle, a dual-motor all-wheel drive variant will be added later.

The front-wheel drive version that was revealed at the 2022 Paris Motor Show has a 154-horsepower motor that drives the front wheels, drawing from a 54 kWh battery pack. That’s enough for a range of 249 miles (400 km) on the WLTP test cycle and the manufacturer notes that you could easily expect that if you drive only in town – then you could see 342 miles (550 km) on one charge.

Replenishing electrons can be done at up to 100 kW from a DC fast charger, which should bring the lithium-ion from 20 to 80 percent in 24 minutes, at a rate of around 19 miles (30 km) every three minutes. If all of this sounds familiar and you can’t quite figure out which car it’s similar to, it’s basically all new EVs built on the Stellantis STLA Small platform, like the Peugeot e-2008, for instance.

But even though the Avenger will at launch only be front-wheel drive, Jeep still says it has good off-road credentials. It has a reasonably high 20-centimeter (almost 8-inch) ground clearance and thanks to its short wheelbase and overhangs, it has a 20-degree approach angle and a 32-degree departure angle – these will surely be more relevant when the all-wheel drive versions are launched, because we doubt the FWD model will actually be taken off-road. 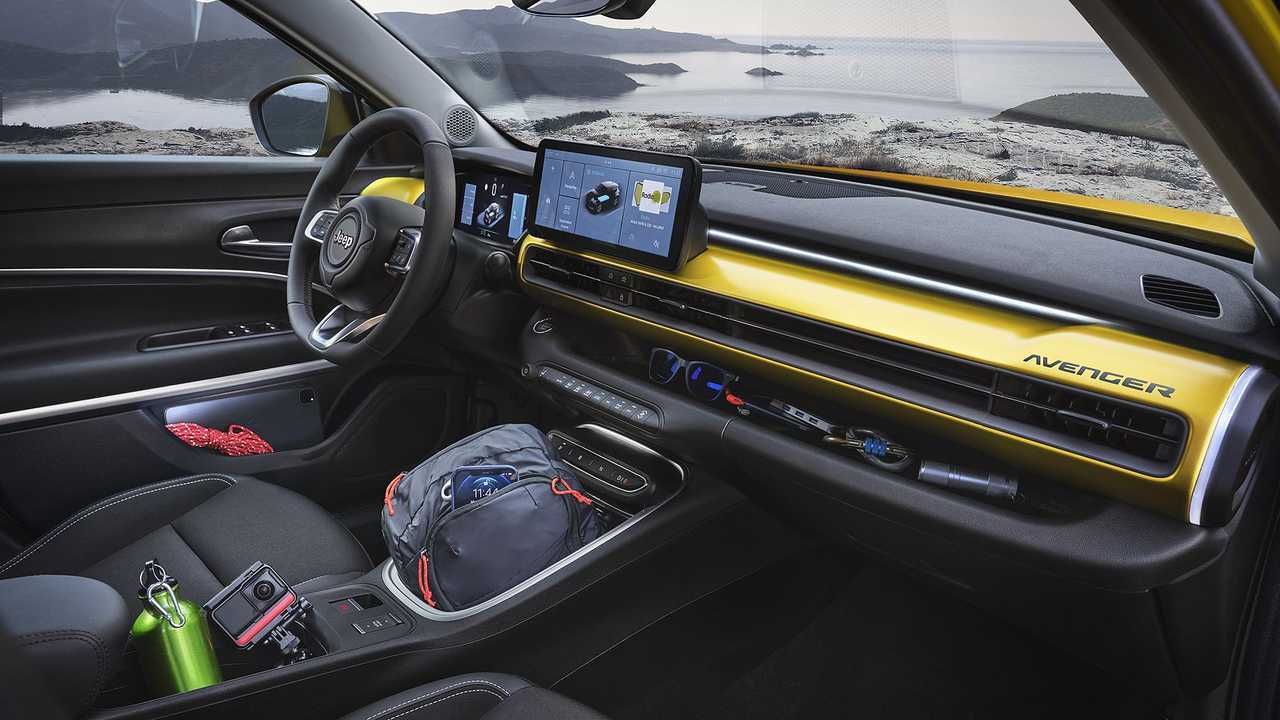 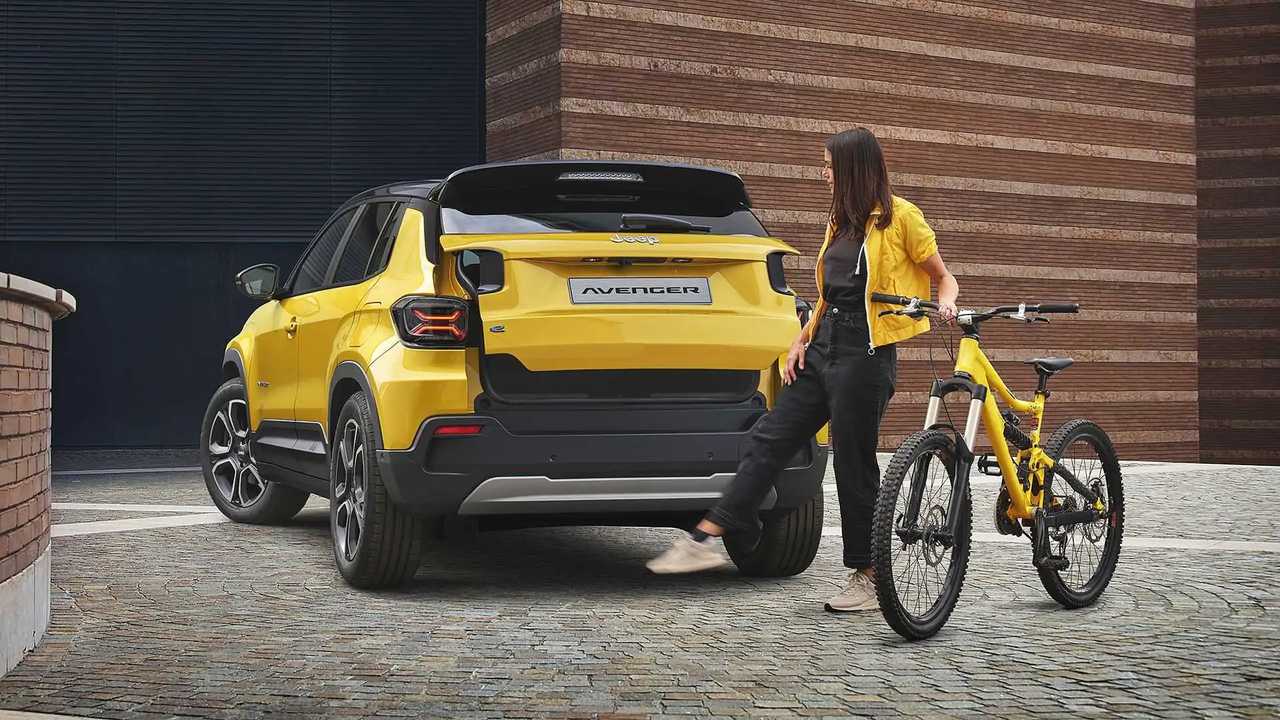 Jeep is keen to note that even though this isn’t the first front-wheel drive Jeep (that distinction goes to the slightly larger Renegade) it is the first to get the selectable terrain modes: Normal, Eco, Sport, Snow, Mud, and Sand, as well as Hill Descent Control.

And considering it is smaller than the Renegade, it’s no surprise the Jeep Avenger isn’t the roomiest vehicle, nor does it have a particularly large trunk – just 380 liters (13.5 cubic inches), although the rear seat backrest can be folded down to give considerably more cargo room. You can pre-order one today and it should arrive sometime early next year, although this has yet to be confirmed.