Continuing with the slew of Honda news, the Japanese carmaker has announced it will offer the next CR-V in Europe in hybrid and – for the first time – plug-in hybrid variants. The sixth generation of the company’s stalwart family SUV will go on sale in the continent in 2023, with a global debut rumoured to be coming as early as the end of this year.

No details accompanied the confirmation, but we do know quite a bit about the car already – even what it will look like. That’s because a patent 3D render surfaced on Facebook last month, showing a design heavily inspired by the latest HR-V. 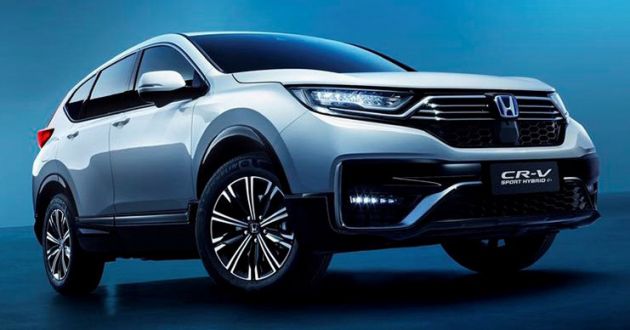 We also know that the CR-V will likely retain the existing 1.5 litre VTEC Turbo engine (possibly with even higher outputs than the current model‘s 193 PS and 243 Nm of torque) mated to a CVT, plus a e:HEV hybrid model that should mirror the Civic in terms of powertrain. If you remember, that car makes 184 PS and 315 Nm, juiced by a direct-injected version of the Accord Hybrid‘s 2.0 litre Atkinson-cycle mill.

The plug-in hybrid is the bit that’s new here, although an e:PHEV version of the current CR-V went on sale in China starting in 2020. That car paired the Accord Hybrid’s powertrain with a much larger 17 kWh lithium-ion battery, providing an all-electric range of 85 km (65 km on the WLTP cycle).

This will allow the CR-V to compete directly with the Toyota RAV4 Plug-in Hybrid in Europe, although its rival has a much higher total system output of 306 PS, enabling it to get from zero to 100 km/h in just six seconds.

Drivers risk huge fines when travelling with pets this summer