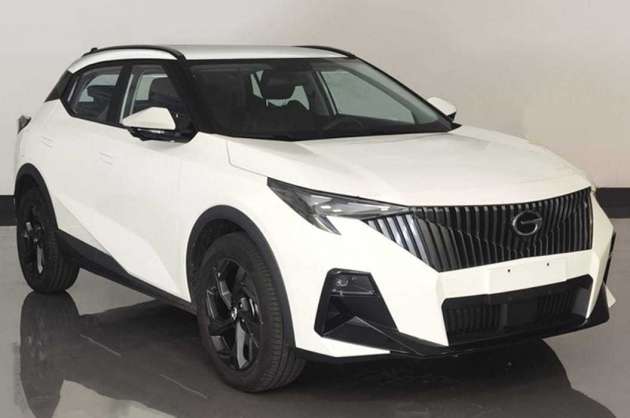 The GAC Trumpchi GS3 has been revealed through China’s ministry of industry and information technology, as reported by Car News China, and the B-segment SUV from the Chinese brand now wears a much more angular look as compared to its predecessor which went on sale in Malaysia almost exactly one year ago. The new GS3 will go on sale in China in the first quarter of 2023 from 85,000 yuan (RM53,853).

These are in the ballpark of measurements for B-segment models such as the Proton X50 and the Honda HR-V. Motive power for the GS3 comes from a 1.5 litre turbocharged petrol engine, which produces 175 hp which will propel the crossover to a claimed top speed of 190 km/h, according to Car News China.

Illustrations by GAC have also shown what the crossover’s interior – or at least its dashboard – looks like, and this has been revealed to be in keeping with current trends of offering widescreen displays for driver instrumentation as well as infotainment features.

The dashboard aims to offer a driver-centric look with the infotainment and centre console angled slightly towards the driver, while what appears to be the transmission selector – is small and stubby, somewhat recalling that of the Mk8 Volkswagen Golf. As with its exterior, the interior of the 2023 GS3 is a radical departure from that of the model on sale in Malaysia.

In Malaysia, the predecessor to this model, the 2022 GAC GS3 is sold through Warisan Tan Chong Automotif (WTCA) in fully imported (CBU) guise, priced at launch last year from RM88,800 for the Standard variant, up to RM96,800 for the Premium variant.

Now, according to the GAC Motor website for Malaysia, prices start from RM96,800 for the Standard variant, up to RM 105,800 for the Premium, following the end of the sales tax exemption in Malaysia which was on June 30 this year.