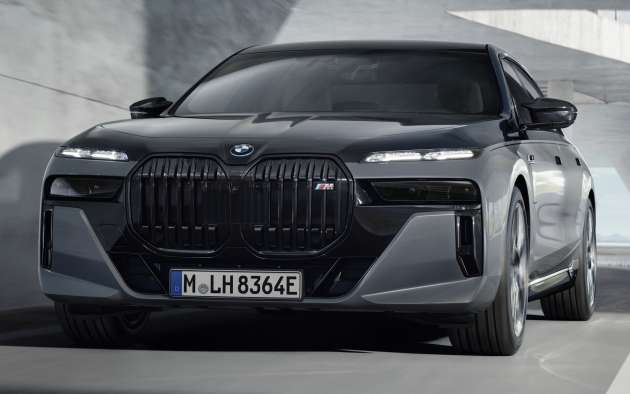 The battle in the luxury car segment kicks into high gear with the unveiling of the new G70 BMW 7 Series, which aims to take the fight to the latest W223 Mercedes-Benz S-Class. There’s that polarising new face that everyone’s talking about, but the car also gets several innovations that mark a significant generational leap for the nameplate, so let’s dive deep into them.

The new front fascia is the bit that everyone will be gravitating towards, simply because it’s so different from past models. The enormous double kidney grille is actually the less divisive part, as it was introduced halfway during its predecessor’s lifecycle. The split headlights, however, are very different, although they were introduced on the facelifted X7 that was revealed last week.

The slim upper units house the daytime running lights and indicators and form four inverted Ls, with Swarovski crystal versions available as an option. The blacked-out lower lamps, on the other hand, hide the low- and high-beam projectors until they are lit. Adaptive LED headlights with matrix high beam come as standard; there’s no Laserlight option this time around. 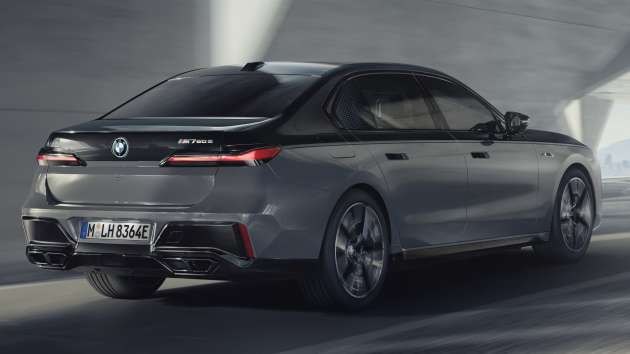 Along the side, the 7er‘s boxier silhouette is very apparent, with a flatter roofline and a more upright C-pillar helping to free up a “noticeable” amount of headroom in concert with the increased height. Like the G20 3 Series, the rear section of the G70’s chrome window strip is fixed to the C-pillars, highlighting the Hofmeister kink; the rear quarter light windows have also been generously blacked out to increase privacy.

The surfacing on the flanks has been simplified, with a single shoulder line stretching from the upper headlights to the taillights. There are also no more Air Breather vents aft of the front wheels and the associated hockey stick chrome graphic, just an upswept crease and a chrome strip on the side skirts. Flush door handles (taken from the electric iX SUV) further reduce visual clutter.

Moving to the rear, the G70 gets slim LED taillights with an integrated chrome strip, the latter forming the familiar L shape. The number plate has been moved from the boot lid to the bumper to create more interesting surfacing, BMW says. As usual, there’s an M Sport package that adds a striking front bumper with a blacked-out V-shaped section, unique side skirts and rear bumper and 20-inch wheels as standard.

The new 7 Series is as much of a departure on the inside as it is on the outside. Front and centre is the curved widescreen display panel with a 12.3-inch digital instrument cluster and a 14.9-inch centre infotainment touchscreen, both taken from the iX. As with that car, the G70 runs on the new BMW Operating System 8 with large tiles, a customisable instrument layout and built-in climate controls. 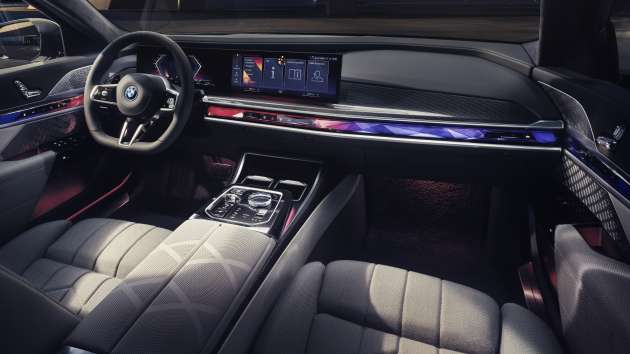 Speaking of which, the air vents are now hidden, their usual space on the dashboard being taken up by a new Interaction Bar that spans around the entire cabin. This multifaceted panel integrates the ambient lighting and touch controls for airflow, lights and even the glovebox opening. The redesigned steering wheel options were first seen in the latest 2 Series Active Tourer, while the centre console with the transparent iDrive rotary controller (crystal version optional) and minimal gear selector toggle has been lifted from the iX.

But the real magic happens at the rear of the car. As usual, you can specify power-adjustable seats with ventilation and massage functions, along with an Executive Lounge option with up to 42.5 degrees of seat recline and a new gapless ottoman design. Also thrown in with the package is a large armrest with an integrated Qi wireless smartphone charger with cooling.

Screens galore in the back of the cabin, starting with a 5.5-inch control touchscreen housed in each door. But it’s the overhead display that grabs the headlines – a giant 31.3-inch 8K BMW Theatre Screen with integrated Amazon Fire TV, allowing a wide variety of streaming services to be accessed. Four-zone climate control, a panoramic sunroof and an 18-speaker, 655-watt Bowers & Wilkins sound system come as standard.

Options include an even more advanced 36-speaker B&W Diamond Surround Sound system with a 1,965-watt output and exciters built into the front and rear seat backrests. There’s also a Sky Lounge panoramic sunroof, now with LED light strips imprinted in the glass. You can even get the car with automatic powered doors, just like on the Mercedes-Benz EQS!

Munich is making a definitive statement in electrification by offering the all-electric i7 (which we’ve detailed in a separate article) at launch – the only variant available globally for now. In the US and China, the car will also come as a 740i with a 380 PS/520 Nm B58 3.0 litre turbocharged straight-six, although the Middle Kingdom and certain other markets also get a 286 PS/435 Nm version called the 735i.

There will also be a 760i xDrive with a 4.4 litre twin-turbo V8 pushing out 544 PS and 750 Nm of torque. All these engines are mated to a new eight-speed automatic gearbox with an integrated electric motor, turning them into mild hybrids. It delivers 10 kW (14 PS) and 200 Nm of additional power, boosting overall torque figures by up to 20 Nm under hard acceleration and even driving the car briefly on its own at low speeds. 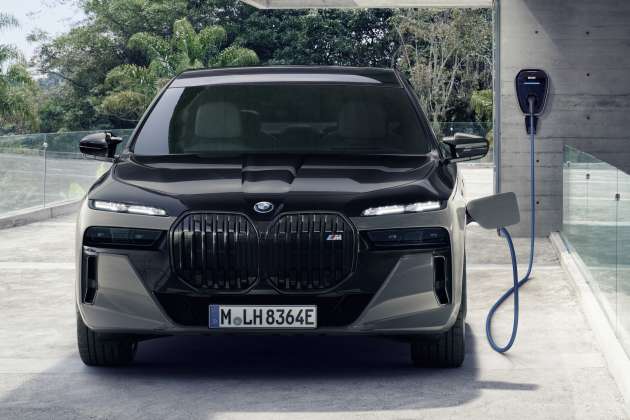 Meanwhile, the lithium-ion battery capacity has been increased by more than 50% to 18.7 kWh, allowing an all-electric range of 80 km. It now also supports up to 7.4 kW of AC charging, enabling charge times of less than three hours (nine hours using a domestic socket).

The battery is now located under the floor of the car, minimising luggage space intrusion; the boot of the plug-in hybrids is now 105 litres larger than that of the outgoing 740e/745e at 525 litres. As for the standard 7 Series, cargo space has increased by 25 litres to 540 litres, despite the 48-volt lithium-ion battery for the mild hybrid system now located under the boot floor.

Increased track widths work with the more rigid structure for improved agility. Variable-ratio steering now comes as standard, with rear-wheel steering available as an option with up to 3.5 degrees of steering angle. Brake-by-wire and an integrated traction control system have also been added.

Safety-wise, the new 7 Series comes as standard with autonomous emergency braking, now with oncoming traffic, pedestrian and cyclist detection. Stepping up to the Driving Assistant package adds blind spot monitoring and collision prevention, reverse AEB and rear cross traffic alert with auto brake, plus a door opening warning that lights up the Interaction Bar and prevents the doors from opening.

Driving Assistant Plus throws in adaptive cruise control with stop-and-go and lane centring assist, functioning at speeds of up to 180 km/h. The Professional variant bumps this up to 250 km/h and enables traffic light detection (in Germany), emergency lane assistant and lane change assist.

In North America, the Driving Assistant Professional package also allows for hands-free driving on highways up to 130 km/h, with automatic lane changes up to the highway exit when navigation is active, just like Tesla’s Navigate on Autopilot. It’s not a Level 3 semi-autonomous driving system, however, as the driver still needs to keep their eyes on the road and be ready to take over at any time, although Level 3 functionality is built into the car’s architecture.

Elsewhere, the Parking Assistant Professional option can now use road lines and kerbs to designate a parking space and allow users to store up to ten unique parking locations and manoeuvres. Remote parking functionality via the MyBMW smartphone app will be added in the spring of 2023.