The next-generation Audi A4 is still months away from an official debut, but our spy photographers continue to capture it out testing. The new model, which will be available in sedan and wagon flavors, will get a complete redesign with a revamped powertrain lineup before Audi transitions the model to becoming an EV near the end of the decade. The new shots show off the A4 Avant.

The tight-fitting camouflage tries to hide the wagon’s revamped styling, but there are significant changes that are visible. The grille is narrower, with a smaller opening below it. The headlights look narrower, too, and the outer edges of the front bumper feature vertical vents. The car also looks like it’s getting sleeker door handles. 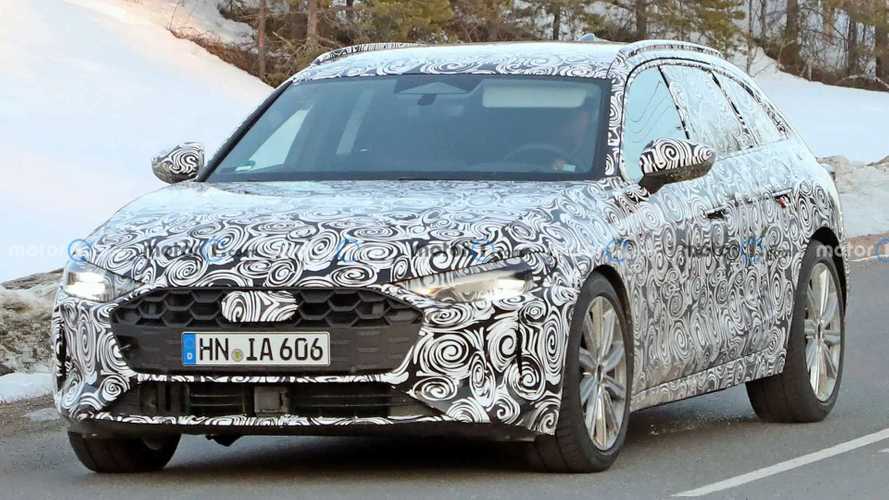 The rear looks like a wagon, though Audi doesn’t have the car’s production taillights installed. Instead, stand-in units poke through the camouflage on an otherwise typical wagon rear end. A pair of unfinished exhaust pipes stick out through the lower bumper, hinting at something sporty under the hood.

The revamped Audi will continue to use gasoline and diesel engines, but these will be the car’s last ones. Audi’s push toward full electrification includes the A4, which the company promises will be an electric vehicle by the end of the decade. However, the next-gen A4 could preempt the transition by introducing a fully electric A4 E-Tron variant alongside the final combustion engine models, as such a model hasn’t been ruled out.

Tightening emissions regulations means that Audi will electrify the car’s gas and diesel engines. The B10 A4 will receive mild-hybrid technology, and Audi will offer a plug-in hybrid variant that’ll become the high-performance RS4. There is speculation that Audi will discontinue the model’s manual gearbox with the next generation.

Audi hasn’t announced when the new A4 will debut, but we’re predicting an early 2023 reveal. Our spy photographers have only captured the wagon variant out testing, without the sedan anywhere to be seen. We expect to spot the four-door variant very soon as development on the B10 A4 continues throughout the year. It’ll be the model’s swan song for combustion engines as the entire industry marches toward fully electric vehicles.

VW Beetle Ute With Custom Fifth Wheel Camper Is Too Cool, Gets 30 MPG