Fiat has just revealed the first ever EV to wear the sporty scorpion badge, the 2023 Abarth 500e, which it revealed in a very striking highlighter green/yellow color that will surely grab your attention. And thankfully it does have extra power that it can shout about, although it’s not a lot more power, not quite enough to make us wholeheartedly call it a hot hatch.

The Abarth 500e will be sold alongside the recently updated gas-burning Abarth 500, with both vehicles delivering similar performance. The new electric model gets a 38-horsepower and 15 Nm (11 pound-feet) of torque over the standard big-battery 500e, for a grand total of 155 hp and 220 Nm (162 pound-feet) of torque, enough to propel the vehicle from standstill to 100 km/h (62 mph) in 7 seconds, around 2 seconds quicker than the standard 117 hp model. 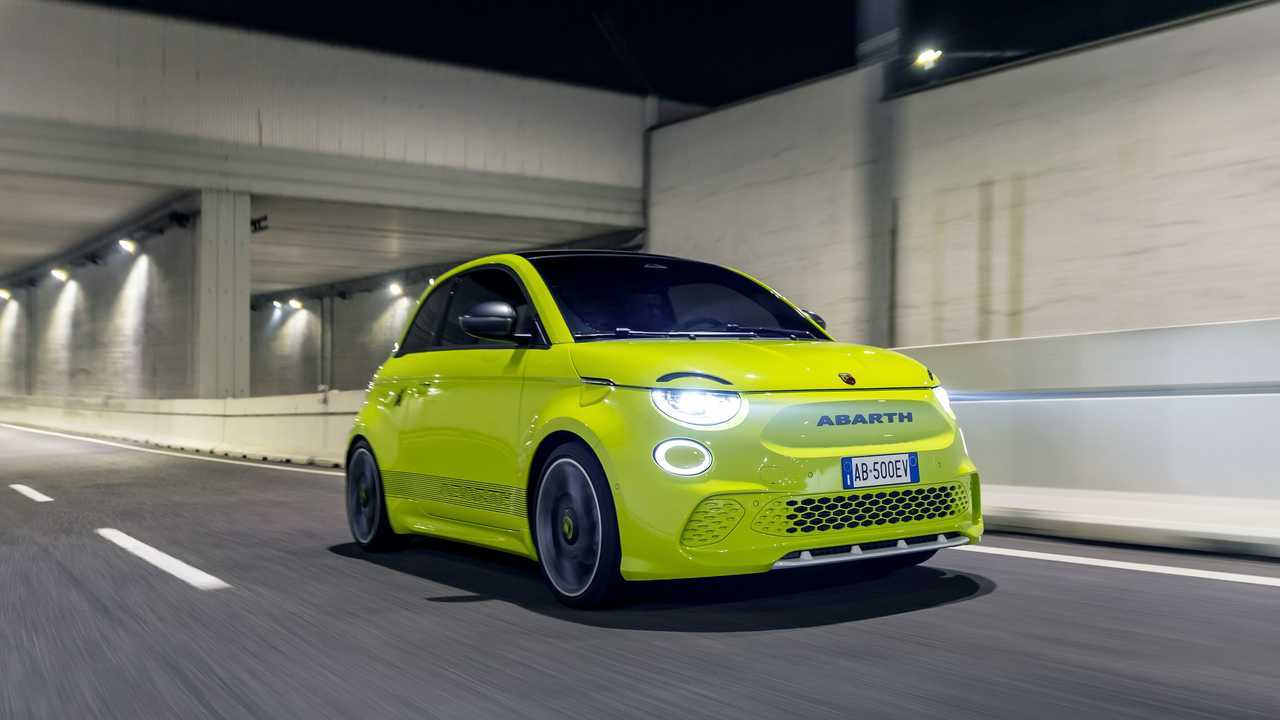 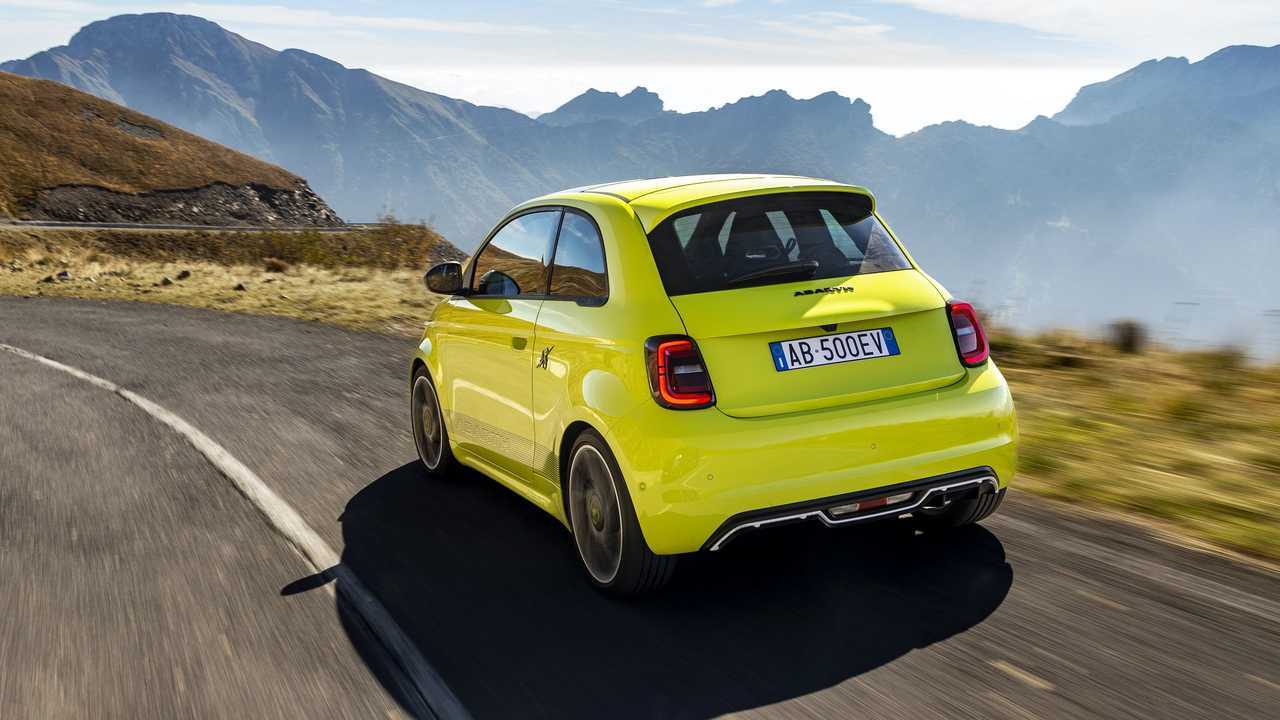 It is worth noting that Fiat does have a habit of launching additional special Abarth 500 models with more power and more extreme setups, so it should not come as a surprise if it will do the same for the new electric model. The manufacture says it is “more Abarth than Ever,” suggesting that it has tried to reproduce the familiar Abarth experience in a vehicle with an electric powertrain.

One way the manufacturer believes it has achieved it is by making the vehicle play fake gas engine noises inside in order to heighten the sense of speed – it comes as standard on the launch edition, but it will be an option on other trims. You can thankfully turn off this sound generator, but you may not want to if it’s well integrated and not intrusive; it may add to the experience for some drivers.

Powering the Abarth 500e is the same 42 kWh battery pack, which can charge at the same peak rate of 85 kW, enough to put 80 percent back into the battery in 35 minutes; a quick five-minute charge will add 40 km (25 miles) of extra range. So far the manufacturer has not announced this model’s range, but it will be slightly lower than the Fiat 500e, given the extra power on tap and the more aggressive (and less efficient) tires.

Just like with the gas-burning Abarth 500, the manufacturer has given the new electric model more aggressive front and rear bumpers, with larger side skirts and unique 18-inch wheels. The vehicle in the gallery is finished in one of the two available colors, which is called Acid Green, with buyers also able to specify a color called Poison Blue. 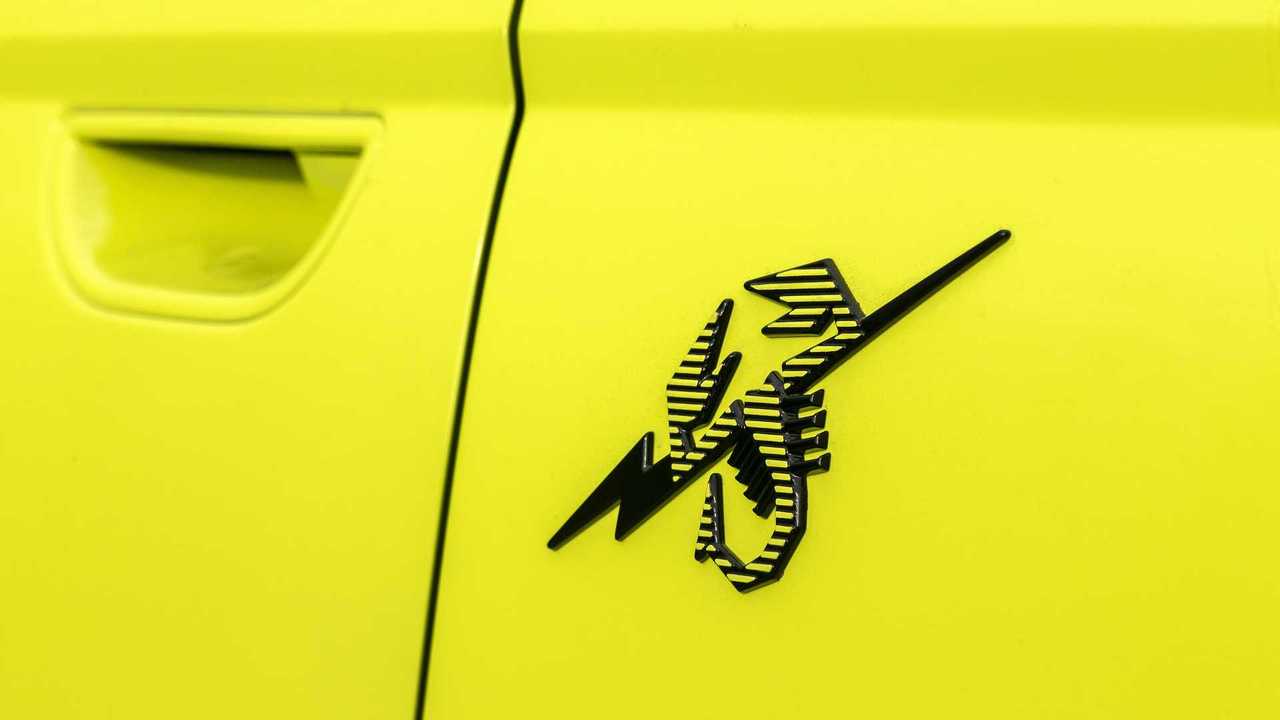 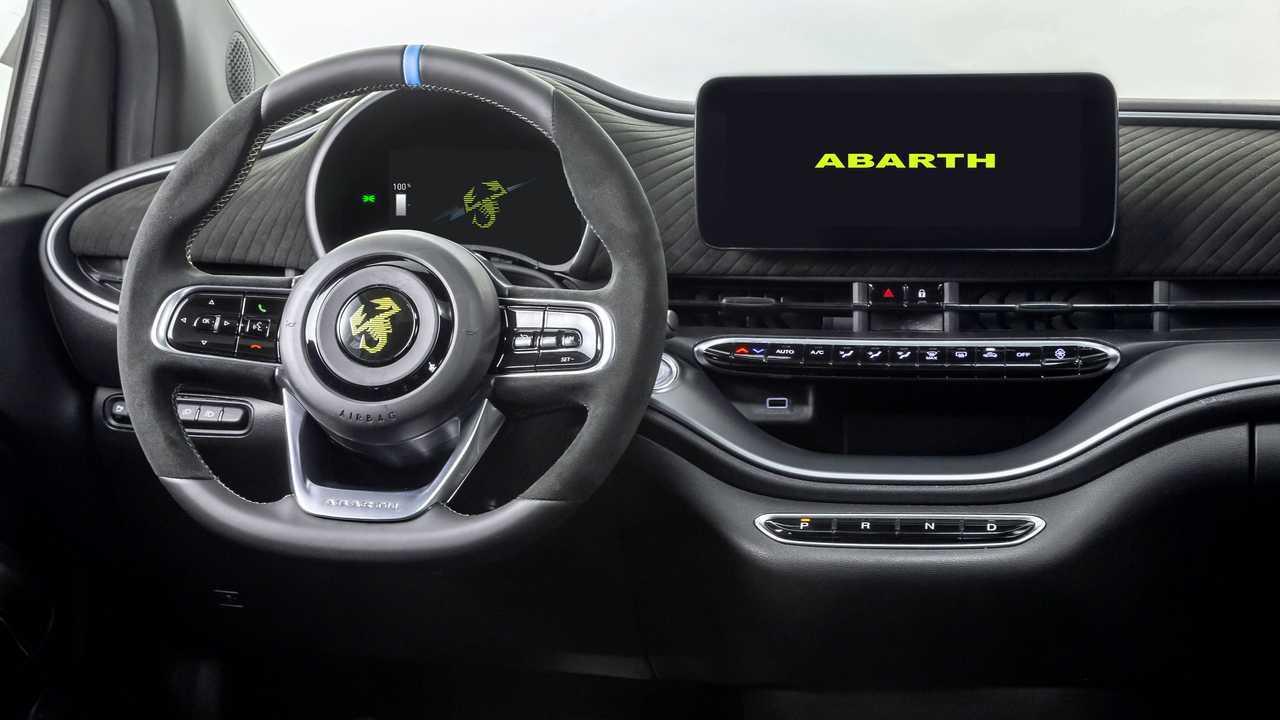 All Abarth 500e hardtops get a standard glass roof and tinted rear windows, while the available convertible model comes with a special black soft top that has an integrated rear spoiler. Both versions get the same stylized scorpion logo, but with a lightning bolt shooting through the middle to symbolize the fact that they run on electrons.

The sporty makeover continues inside, where the Abarth model gets a flat-bottom, part-Alcantara-covered steering wheel with the same new style scorpion logo. The top of the dashboard is covered in the same suede-like material and the seats are be sportier too, with Abarth branding, integrated headrests and additional side support.