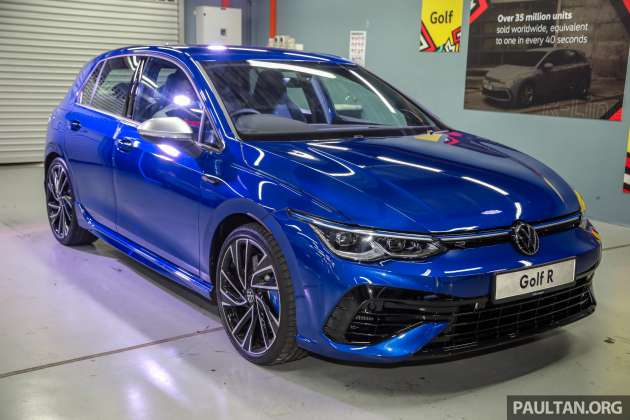 In a surprise move, Volkswagen Passenger Cars Malaysia (VPCM) has launched the 2022 VW Golf R in Malaysia, in addition to the official debut of the Golf GTI and the opening of order books for the Golf R-Line. This makes it three models in the local Mk8 Golf range.

Unlike the other two Pekan-assembled Golfs, the top dog Golf R is a CBU import priced at RM357,584 OTR with SST exemption, before insurance. Back in 2019, the Mk7.5 Golf R was launched here with a RM295,990 price tag, so it’s a substantial hike without CKD assembly. 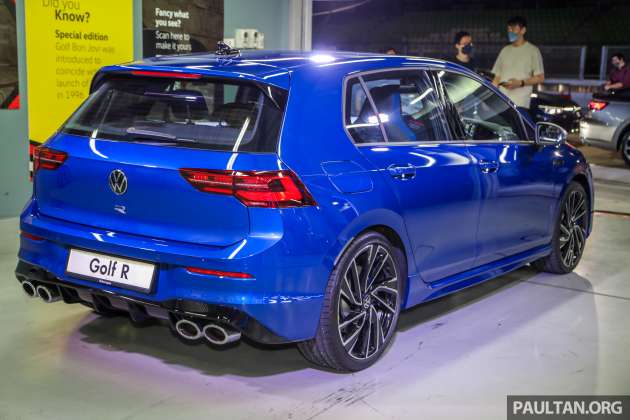 The 4Motion system’s rear differential not only distributes power between the front and rear axles, but also between the left and right rear wheels. Where the previous system is capable of splitting power 50:50 via a multi-plate clutch to the left and the right rear wheels, the new one can send up to 100% of torque to the outside wheel for increased agility – VW calls this R-Performance Torque Vectoring.

VPCM says that the Golf R is available in limited units, so put in your order if this hottest of Golfs is up your alley.

VW Golf 8 Is Plenty Fast On The Autobahn Even Only With The 1.5 TSI