2021 should be the year when Mercedes-Benz will unveil a brand new generation of the SL. And by brand new, we mean that literally – new design, new technologies, new powertrains. The roadster is still in the development phase though and these are the latest spy photos showing the progress made so far.

Thankfully, Mercedes is finally starting to test cars that are slightly less disguised than the previously spied prototypes. This one still features a full-body camouflage foil but at least some parts of the car are more exposed than before. 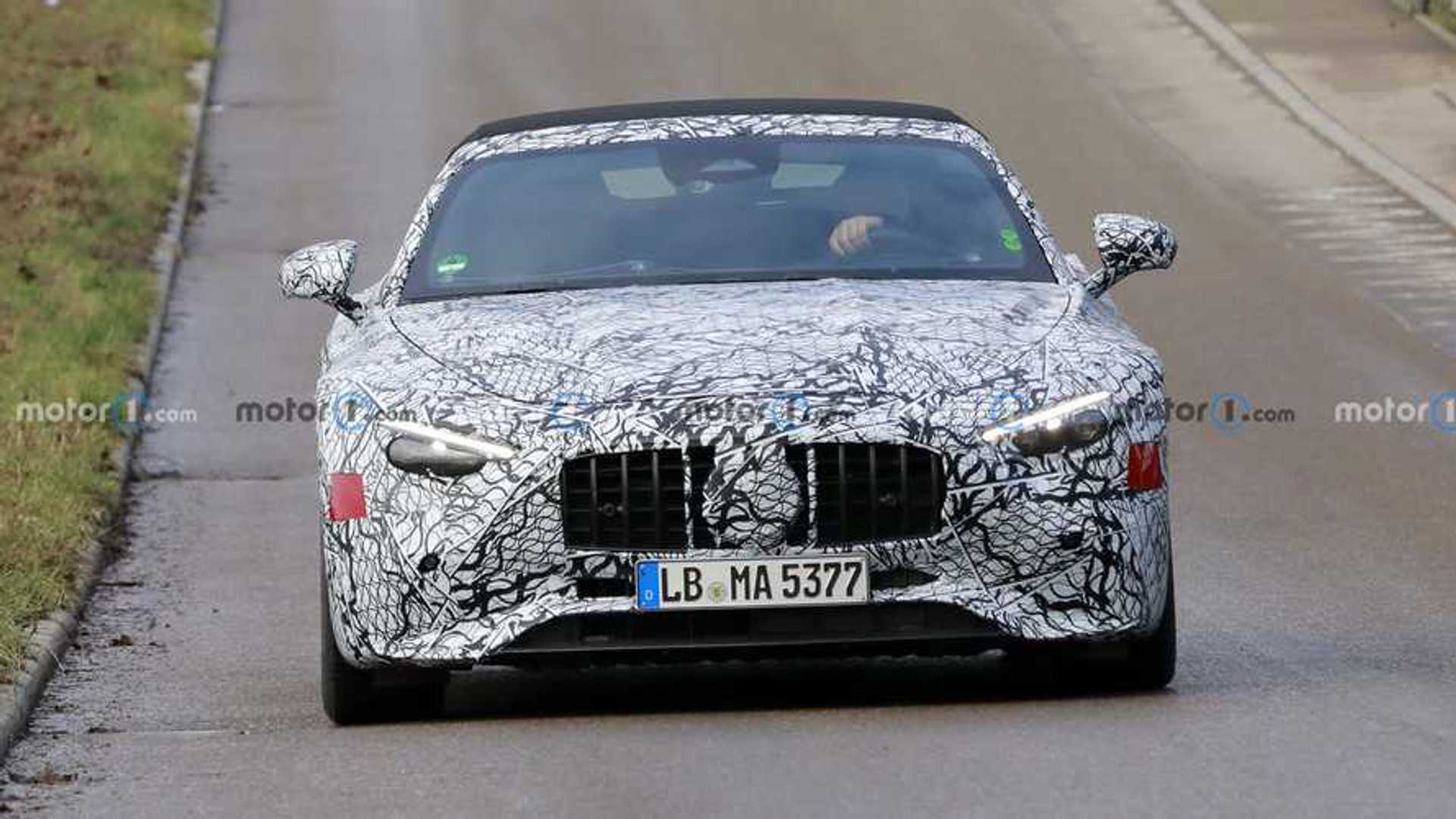 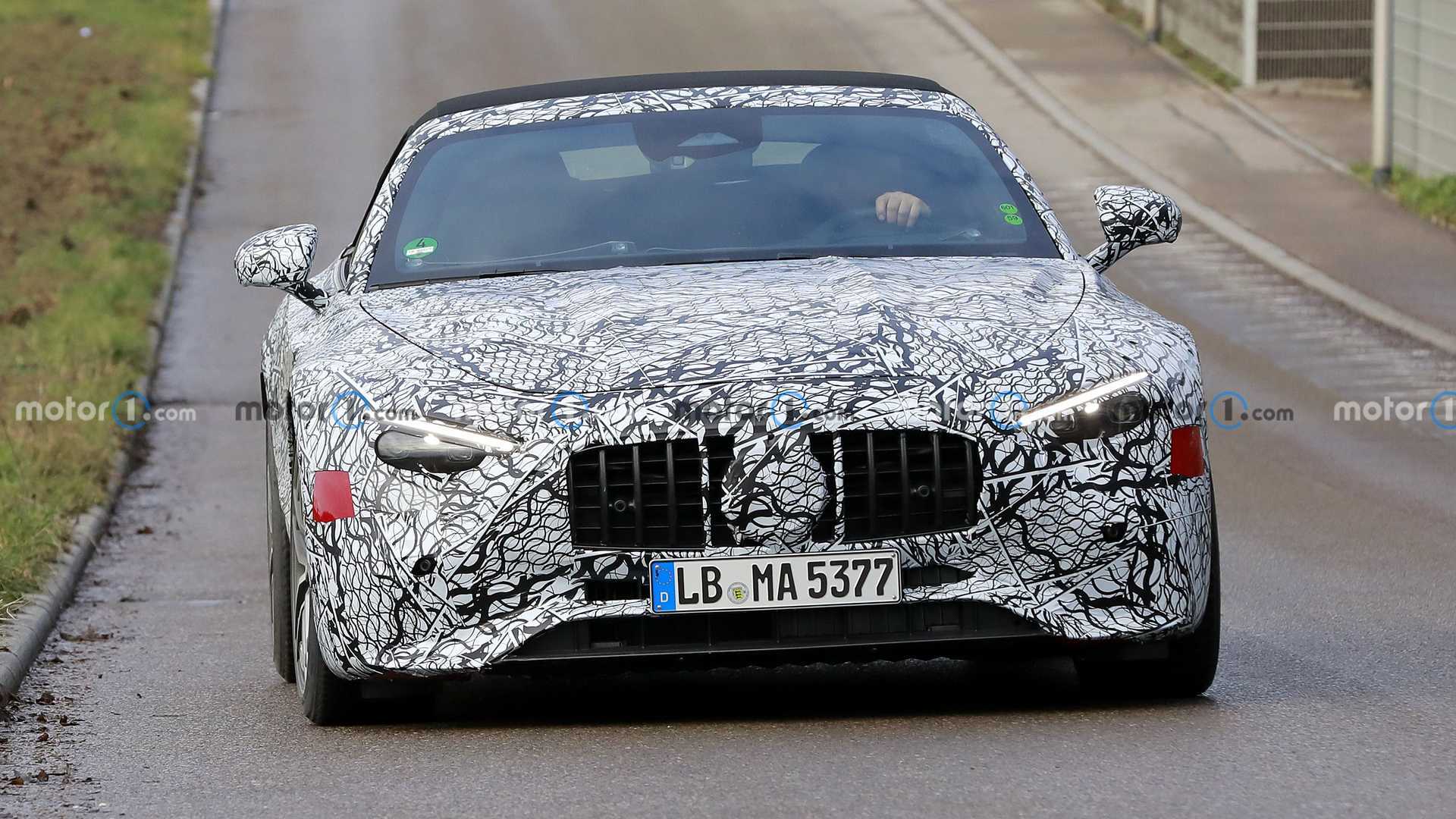 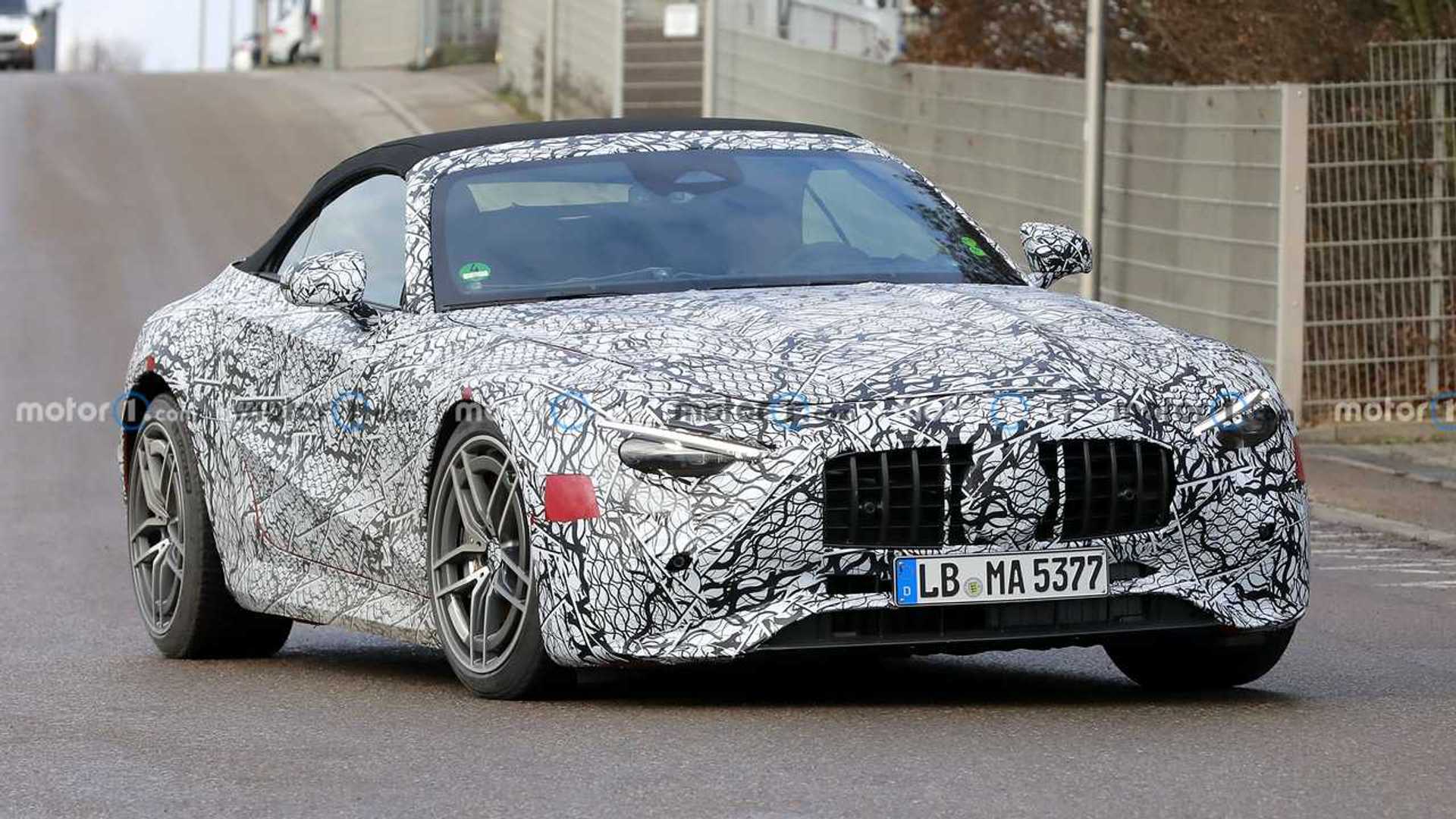 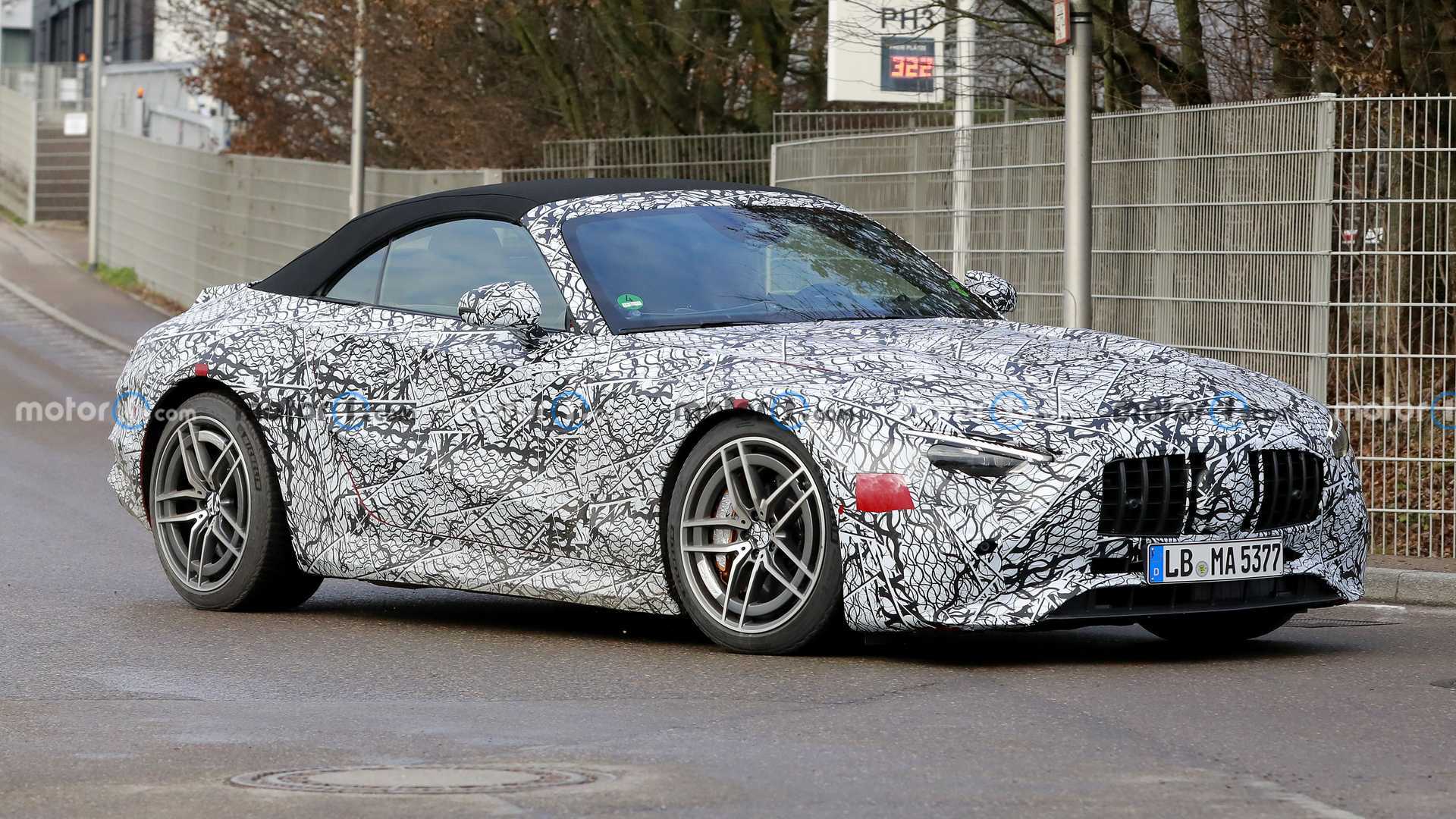 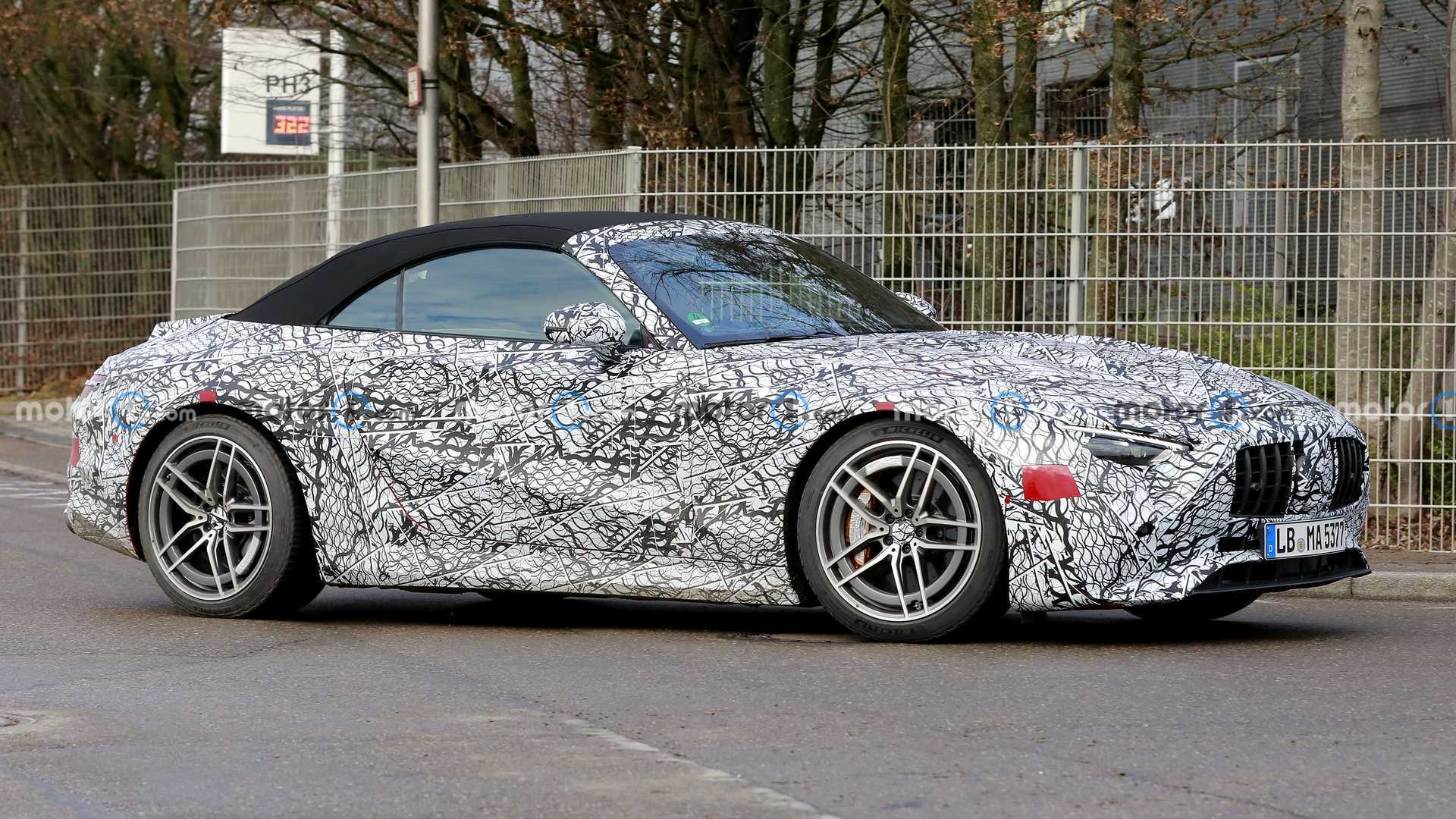 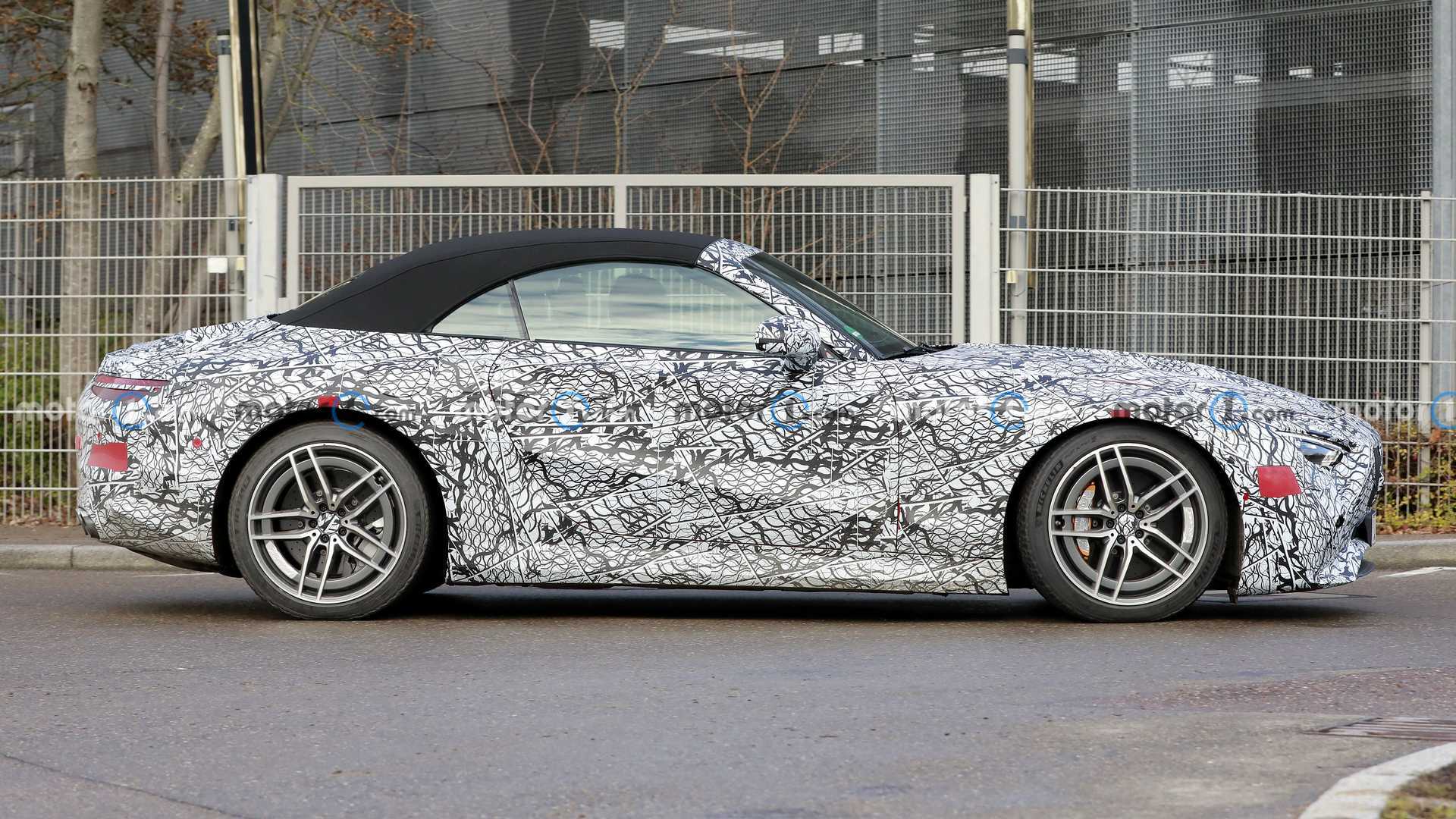 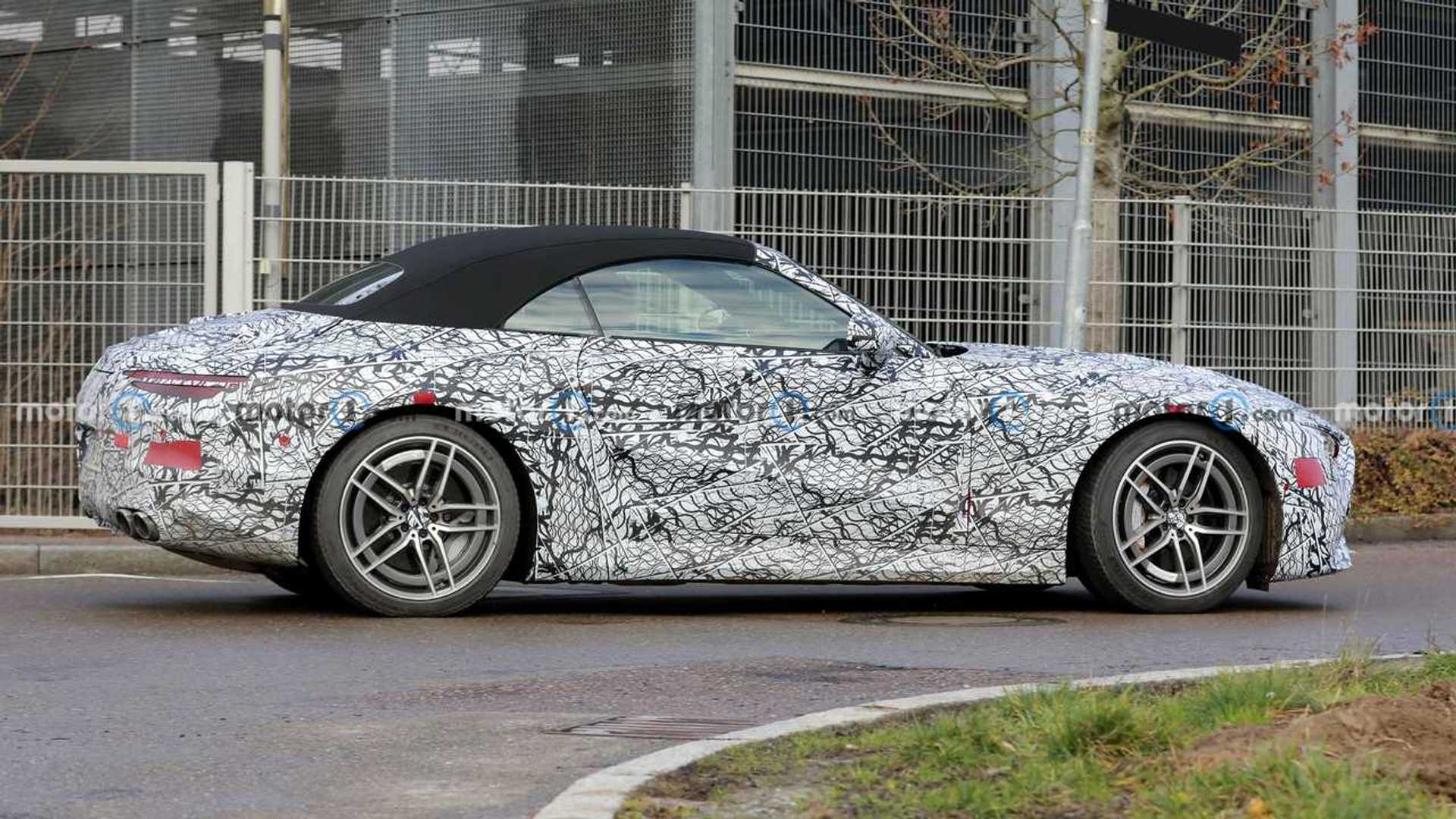 At the front, for example, the radiator grille is partly visible and the lower section of the bumper shows its gentle diffuser more clearly. At the back, gone is the fake ducktail-like spoiler introducing a cleaner and sleeker look. The quad exhaust arrangement is also different on this prototype though we can’t say whether that’s the final setup or not at this point.

The new SL will combine a design inspired by the original 300 SL with advanced powertrains and chassis technologies developed directly by AMG. This is the first time the brand’s performance division is involved in the development of the SL and the folks over from Affalterbach are believed to be working on a number of engine options, including a flagship plug-in hybrid variant.

Tentatively called SL73e 4MATIC+ hybrid, this model will reportedly pair a V8 twin-turbo engine with an electric motor for a system output of 800 horsepower (596 kilowatts) and 738 pound-feet (1,000 Newton-meters) of torque. Below it, the SL63 will offer a more puristic experience thanks to a twin-turbo V8 with no electric support and a peak power of 612 hp (453 kW).

Seeing Mercedes testing slightly less camouflaged prototypes of the new SL makes us believe the company is progressing with the development and everything should be on track for a full debut later this year. Sales won’t begin until early 2022 though.

The Ultimate Tesla Autopilot Guide: How Has It Evolved Over The Years?