Citroën phased out the “C5” nameplate in Europe in 2017 with the demise of its midsize sedan and wagon duo, only to bring the moniker back a year later with an SUV. Since the C5 Aircross’ debut, the C5 family has grown to include the unusual C5 X liftback with crossover traits. Now, the time has come for the high-riding version to get a mid-cycle facelift.

The most substantial change has occurred at the front where the C5 Aircross no longer has split headlights with an individual LED strip for the daytime running lights mounted above the main cluster. The French automaker basically started the trend in the modern automotive era with the second-generation C4 Picasso (2013), and it now appears to be reverting to one-piece headlights. 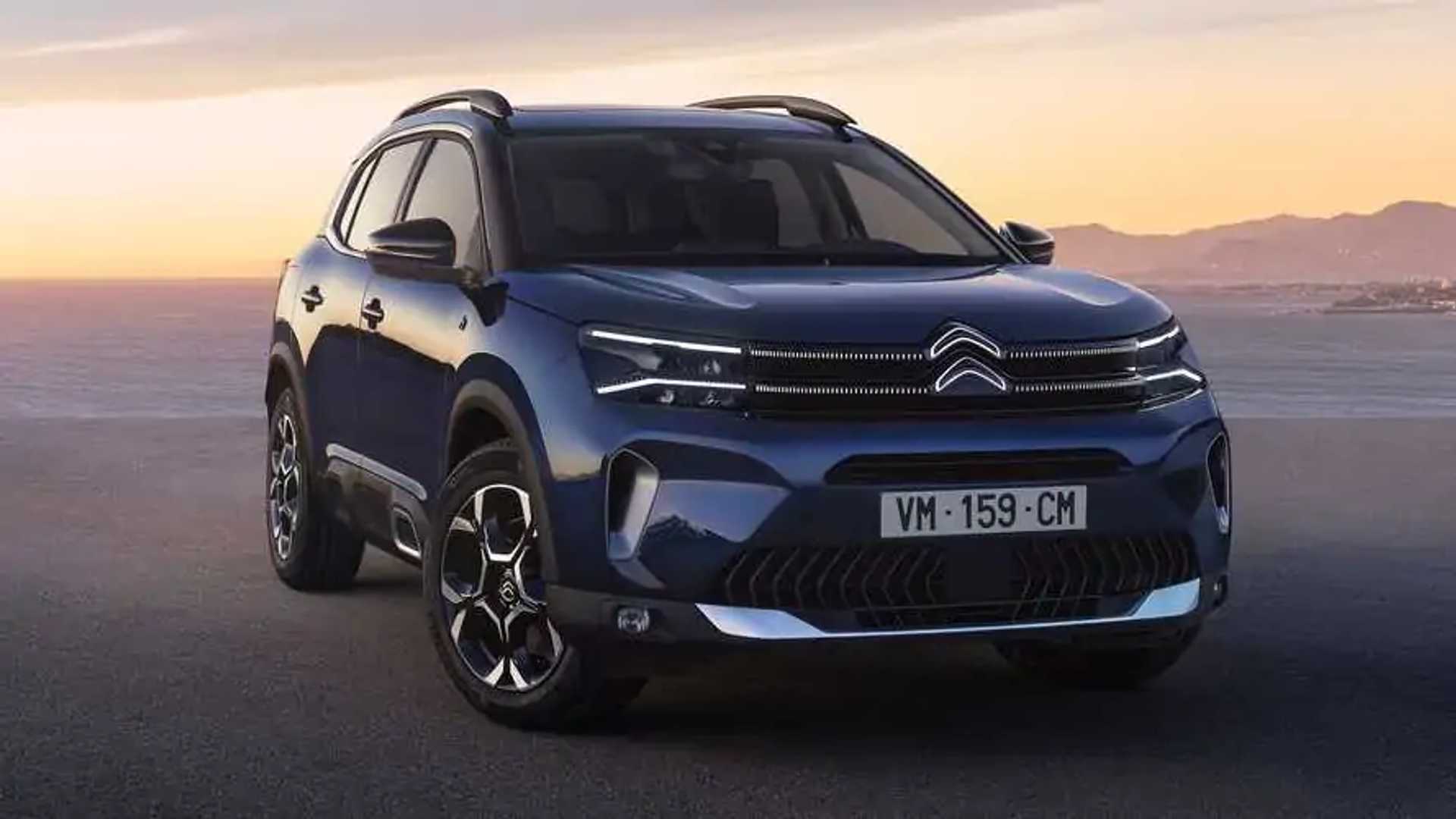 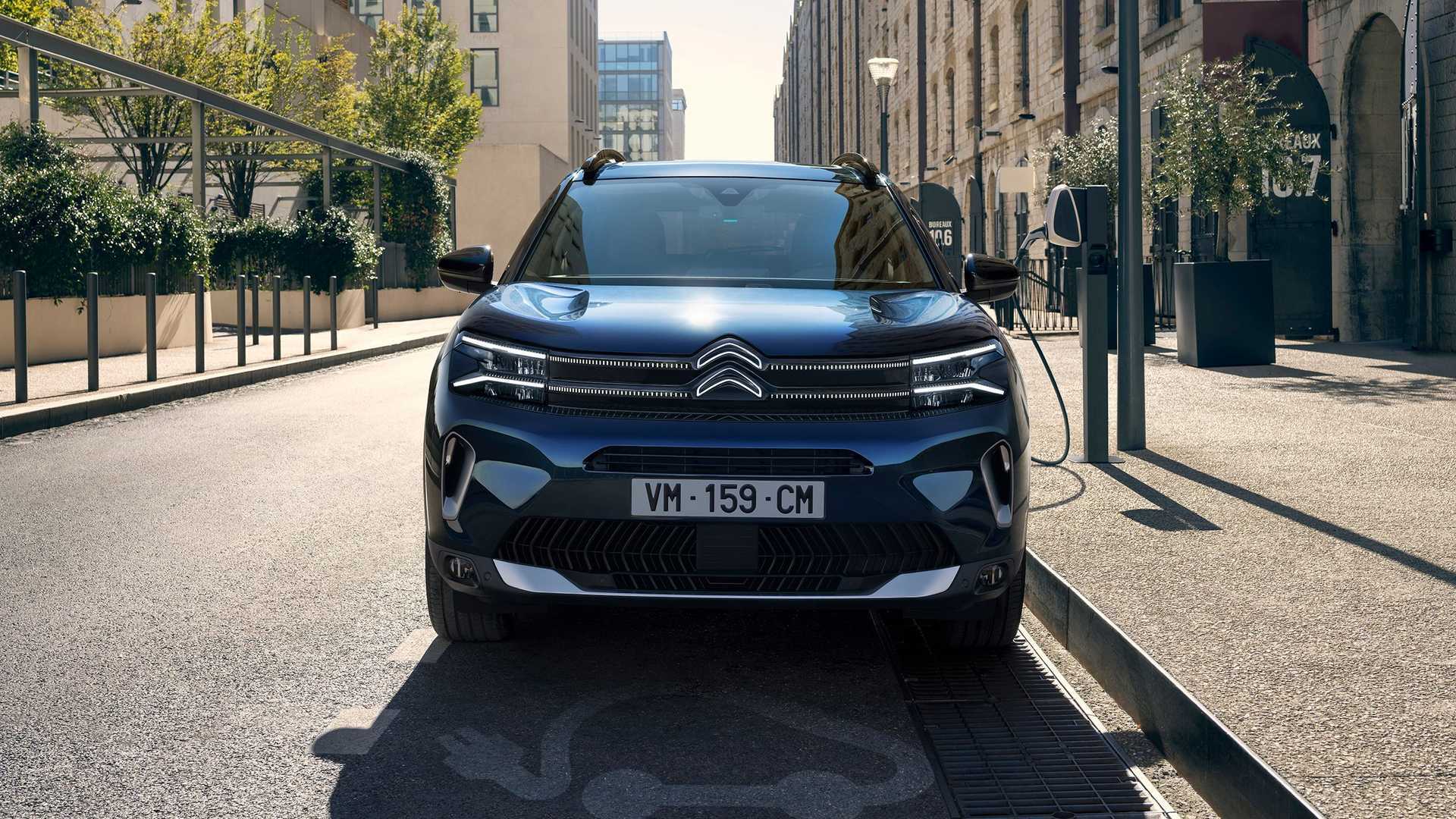 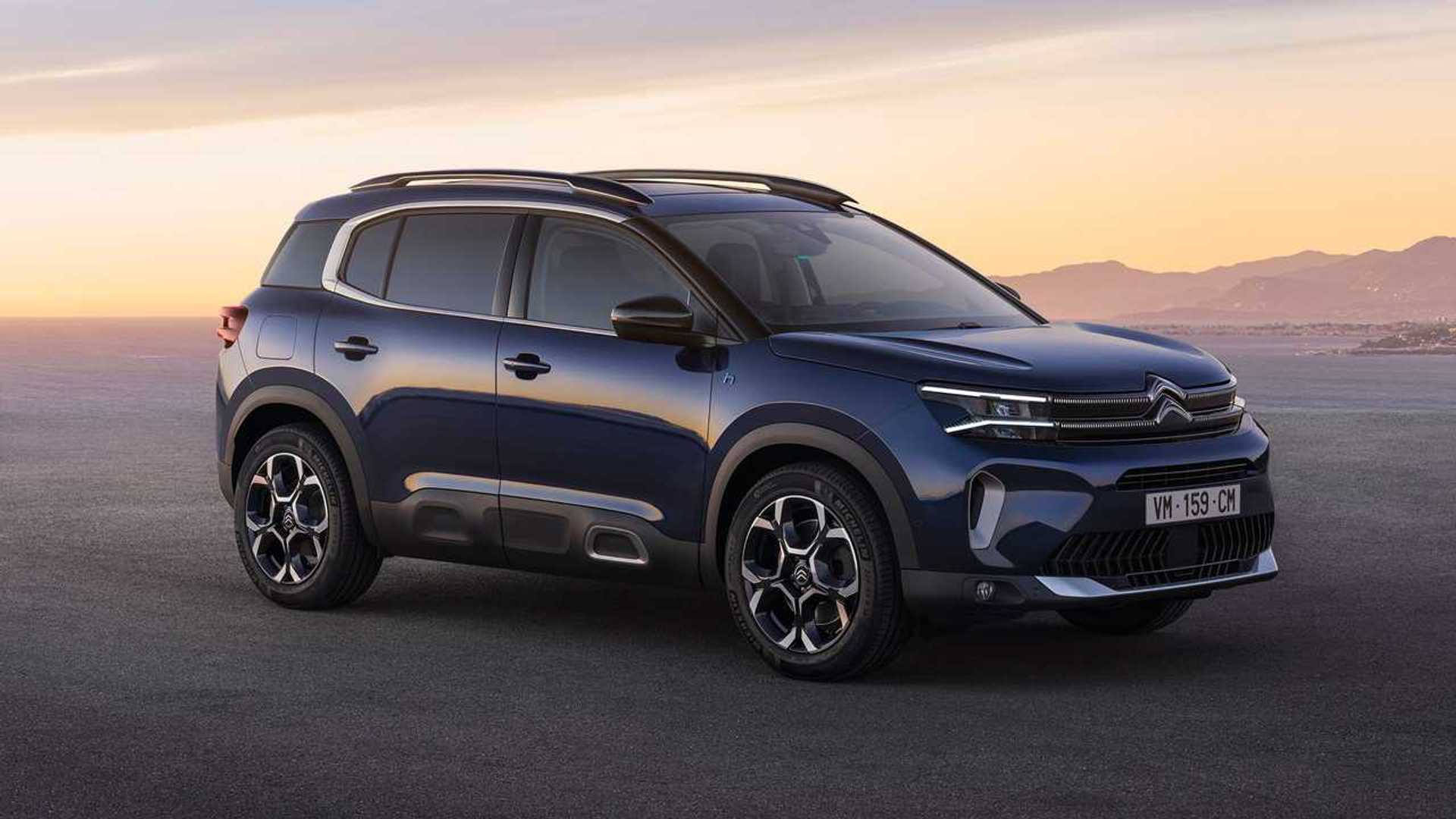 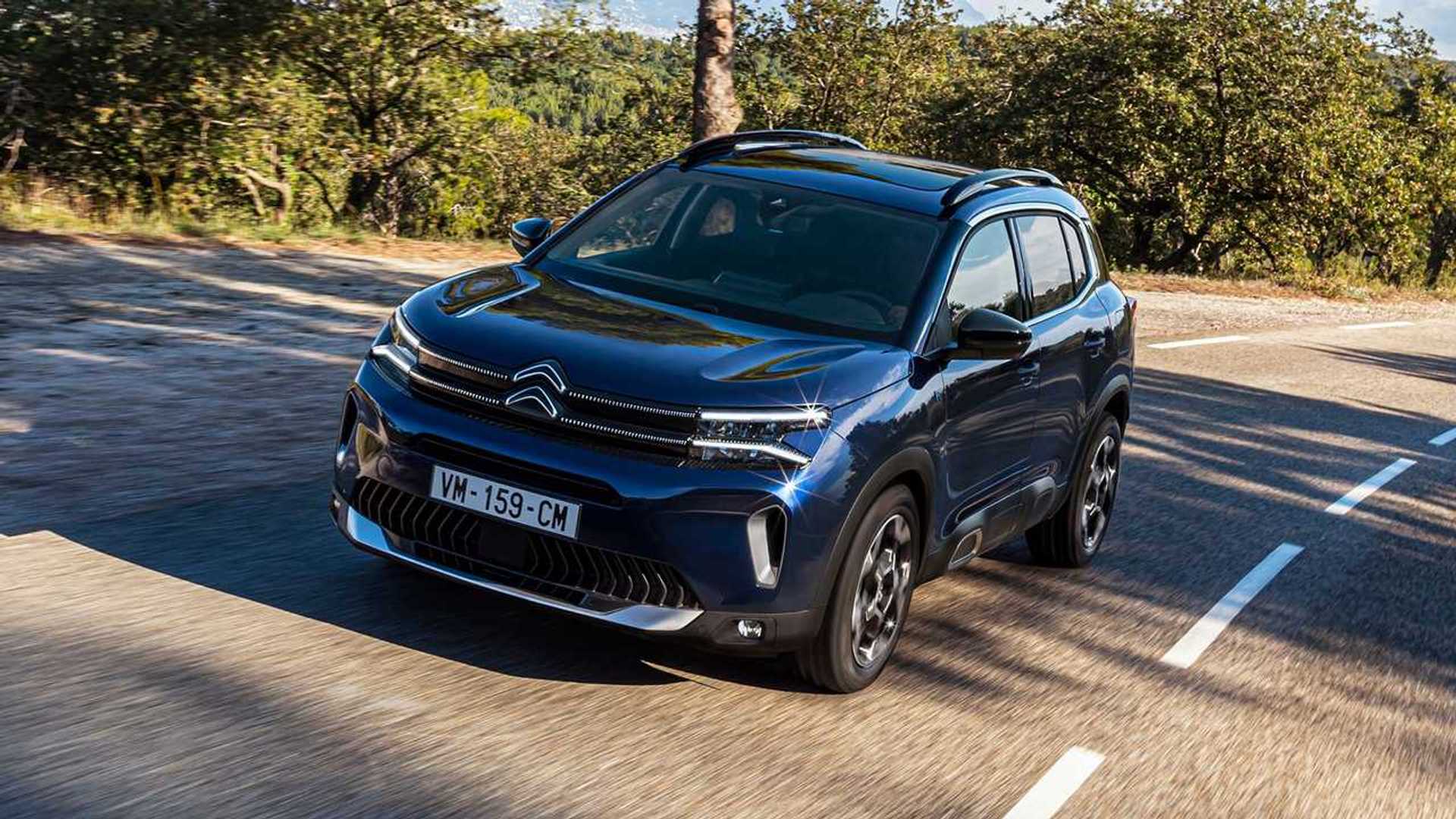 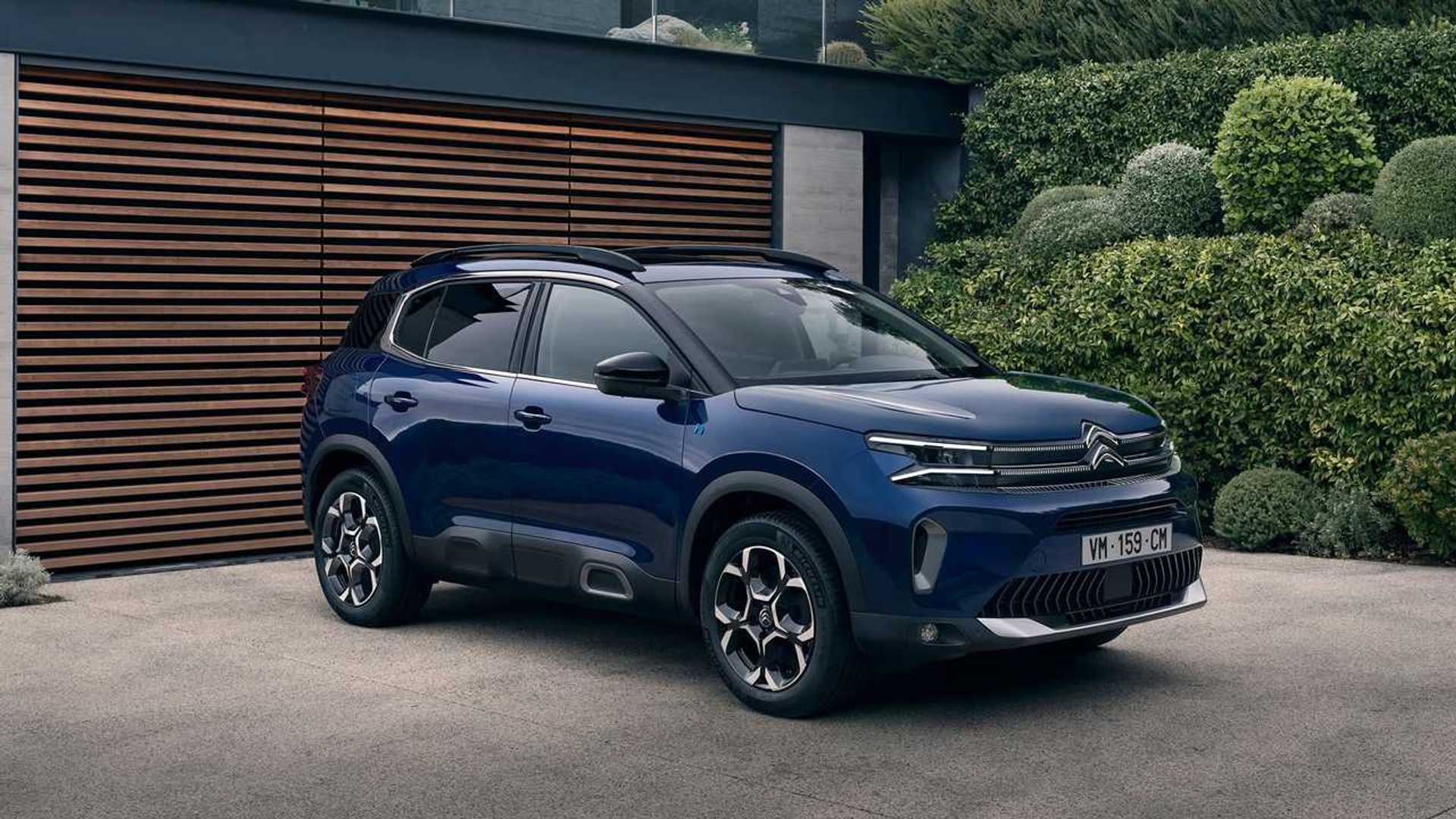 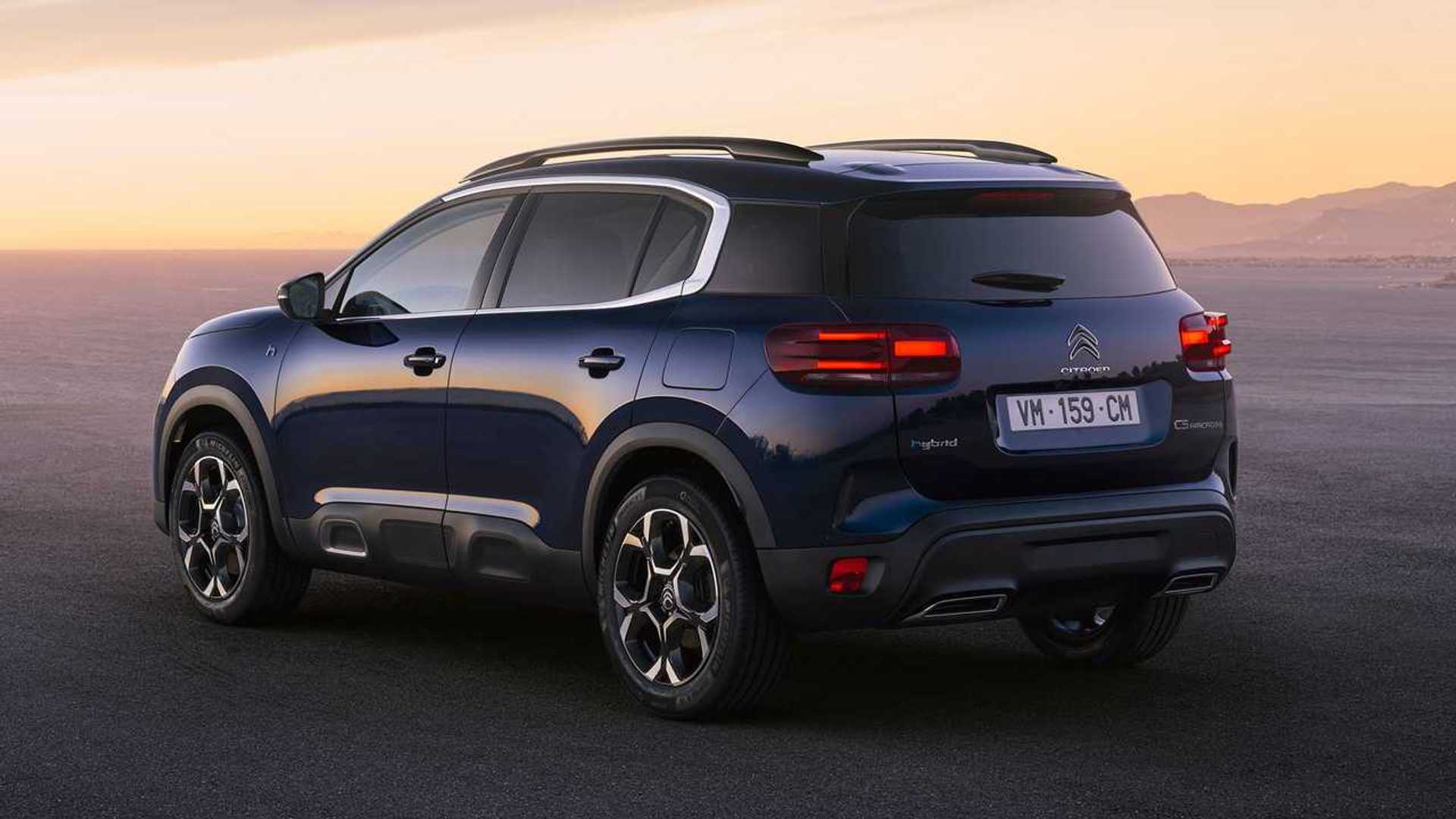 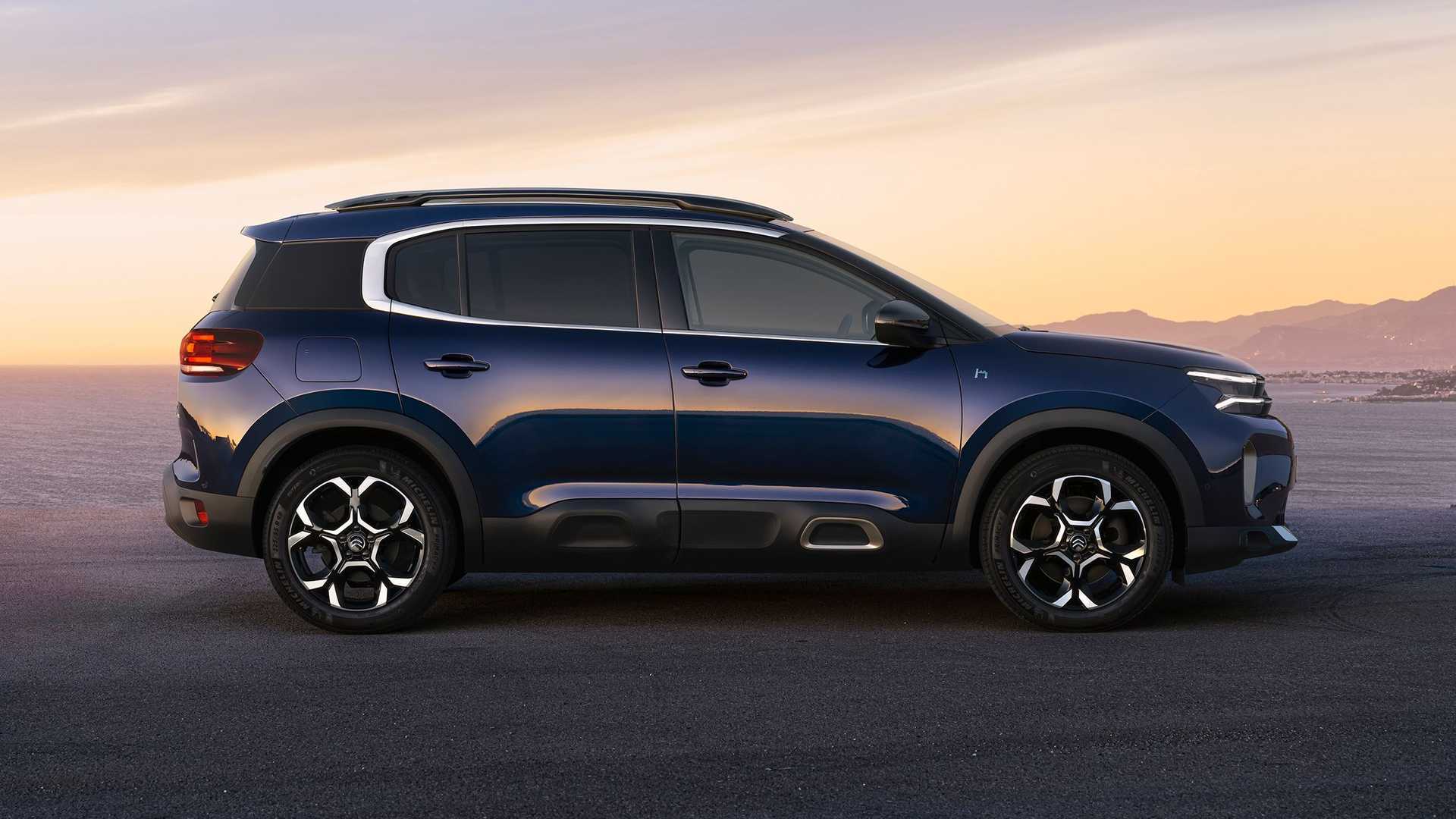 Because apparently more and more cars need light bars, Citroën has installed one here, but with a twist. Rather than being a continuous line, the front fascia boasts two interrupted lines running in parallel to flank the corporate badge. Speaking of which, the double chevron logo is finished in black lacquer with chrome trim.

Additional changes at the front include a redesigned bumper to give the illusion of a wider vehicle, helped by the bigger lower air intake. Vertical air vents on the sides replace the square trim pieces of the pre-facelift C5 Aircross and serve a functional role by boosting airflow for better aero.

The visual changes are less evident at the rear where the taillights have the same size. However, they now come with slightly different housings for the sake of aero as well as fresh LED graphics behind the black-tinted glass. Rounding off the changes on the outside are new 18-inch wheels and glossy black side mirror caps joined by matte black roof rails.

The list of tweaks extends to the interior where the center console has been redesigned to accommodate a freestanding display for the infotainment system. The touchscreen is no longer flanked by the air vents as these have been moved lower to make room for the 10-inch display. Thankfully, you still have separate controls for the climate settings, while the chunky gear selector has been replaced by a small switch.

With the facelift, the Citroën C5 Aircross gets a new driving mode selector to choose between Hybrid, Electric, and Sport, along with a second USB port and an extra storage compartment. A more important novelty is represented by heated and massaging front seats borrowed from the C4 and C5 X with an additional 15 millimeters of foam for improved comfort. The updated crossover comes along with Alcantara and perforated leather upholstery options.

The updated Aircross will go on sale in Europe in early summer and build upon the success of its predecessor of which more than 260,000 examples have been sold.

Sony Vision-S Will Not Be Sold, But Has Two Prototypes?