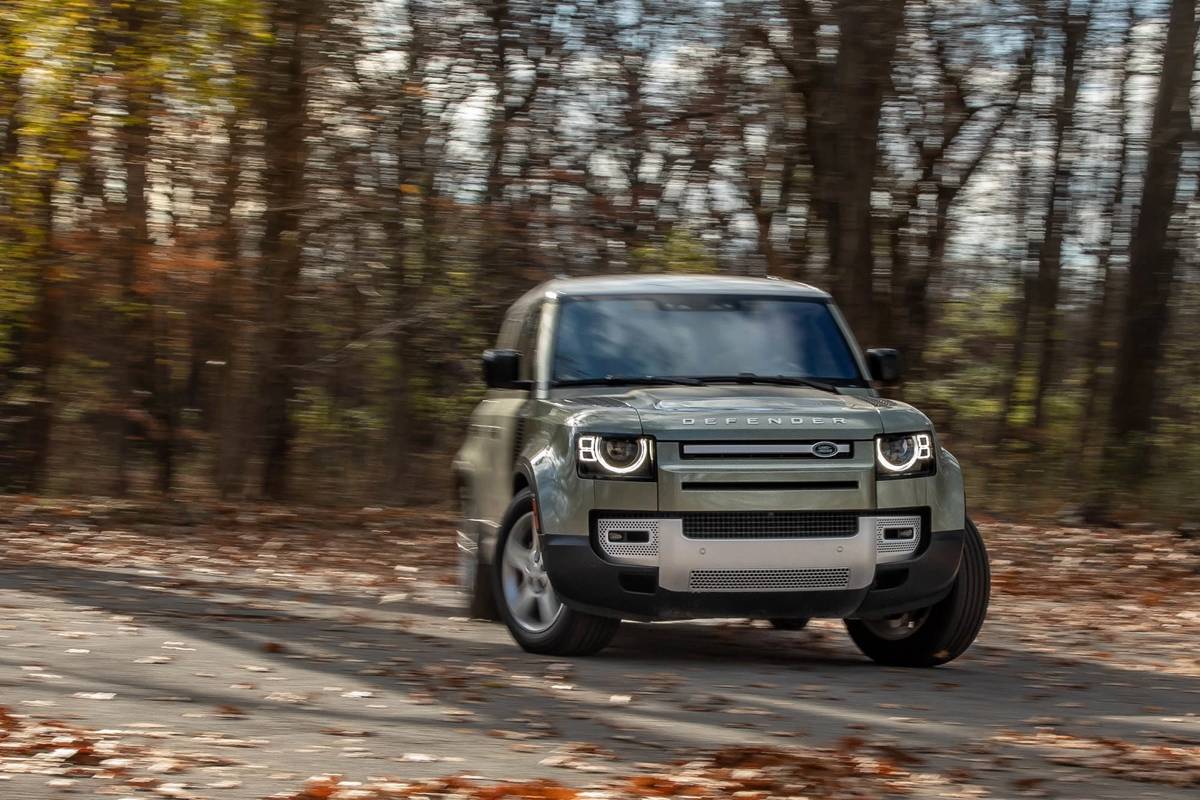 The 2020 Land Rover Defender is a modern interpretation of an SUV that many consider the ultimate off-roading adventure vehicle. Apart from the Jeep Wrangler and upcoming Ford Bronco, few trucks or SUVs come close to matching the tenacity of the Defender once paved roads end.

We recently spent time with the Defender in four-door format, though a smaller two-door model is also available. With a starting price of approximately $50,000, this mid-size luxury SUV doesn’t come cheap. And while many items are standard, such as four-wheel drive and an air suspension, the entry-level model is fitted with painted steel wheels and cloth seating. The cabin also features many rubber surfaces, which we admit have a rugged charm, but equally may dissuade SUV shoppers accustomed to more luxurious interiors.

You can read our full review of the 2020 Land Rover Defender by clicking the related link above. For a quicker take on the return of Land Rover’s most iconic model, keep reading below for five things we like and three we don’t about it:

You thought we’d immediately start talking about how the Defender performs during off-road driving, didn’t you? During this test drive, however, all our time was spent on regular paved roads and highways. The standard engine is a 296-horsepower, turbocharged four-cylinder, but our four-door Defender was fitted with the optional 395-hp, mild-hybrid inline-six-cylinder that’s turbocharged and supercharged. It’s also darn quick; the Defender felt even more powerful than this engine’s impressive power output suggests. Acceleration is strong at all speeds. 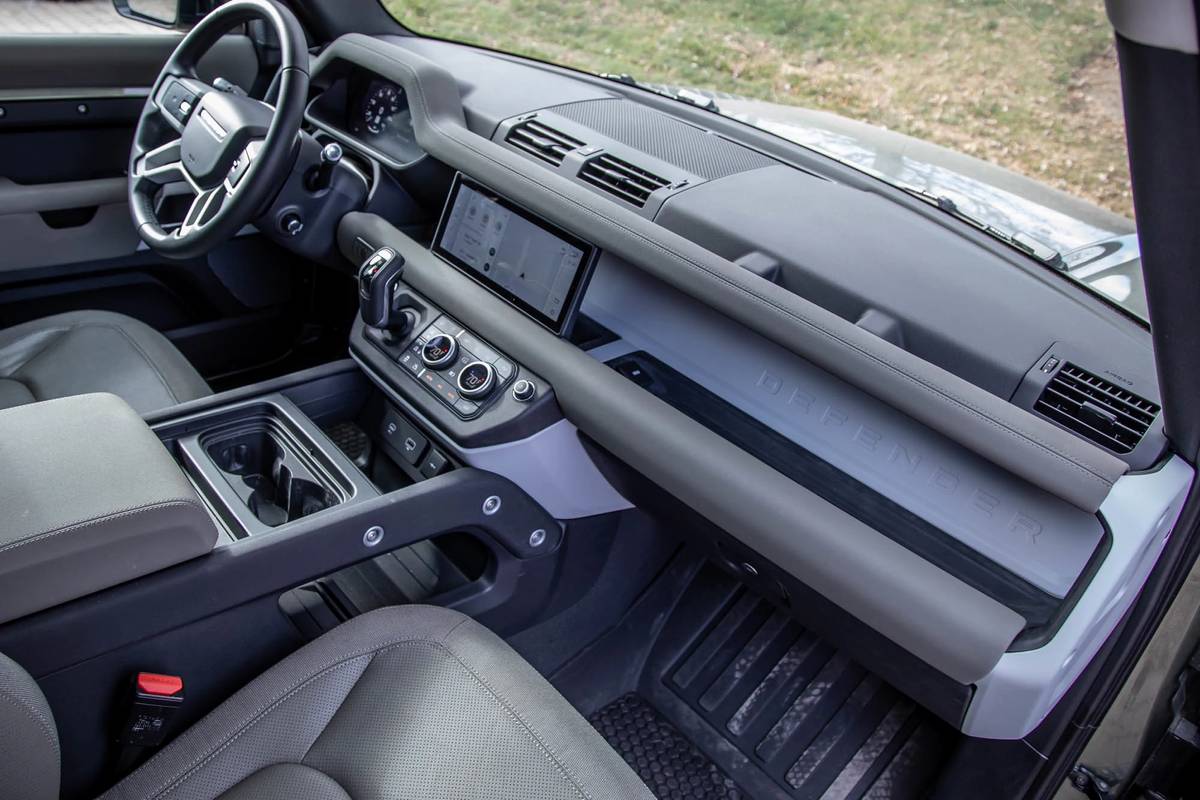 Some people will love the rubber surfaces and exposed screws that can be found throughout the Defender’s cabin; then again, some luxury SUV shoppers might find it lacking in polish and finesse, at least compared to similarly priced rivals. We think details like the exposed screws on the dash and door panels lend the Defender a rugged air. There’s also no shortage of storage: The door panels have large pockets, and there’s a huge storage area in the center console. 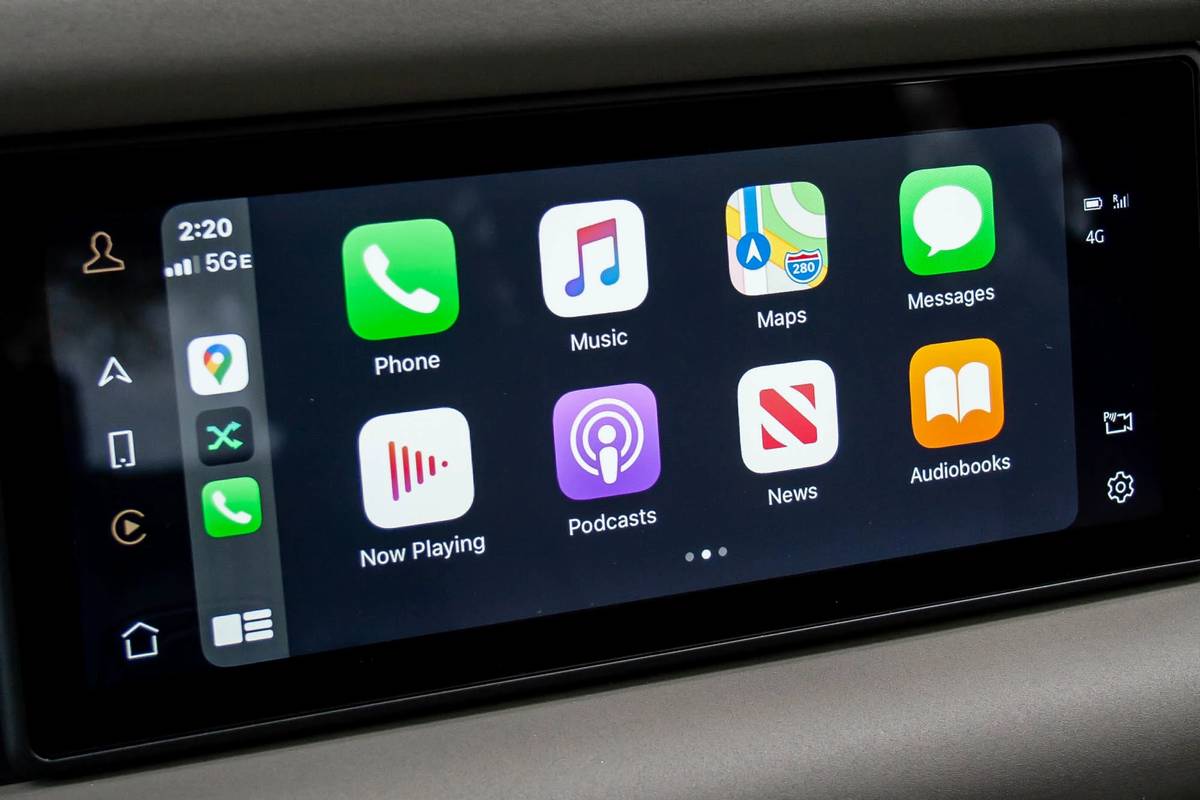 What’s most notable is what’s not in the Defender — by which we mean the confusing split-screen infotainment system found in some of Land Rover’s other models. The Defender has a 10-inch touchscreen that’s simple to operate and comes standard with Apple CarPlay and Android Auto. There are also plenty of USB ports scattered through the cabin.

Okay, the Land Rover Defender is a macho mid-size luxury SUV with a reputation for venturing places other vehicles fear to tread. That must mean it drives like a tank, correct? Nope. In fact, that’s not the case at all; the Defender feels agile and responsive with quick steering. The high seating position also gives a commanding view of the road. 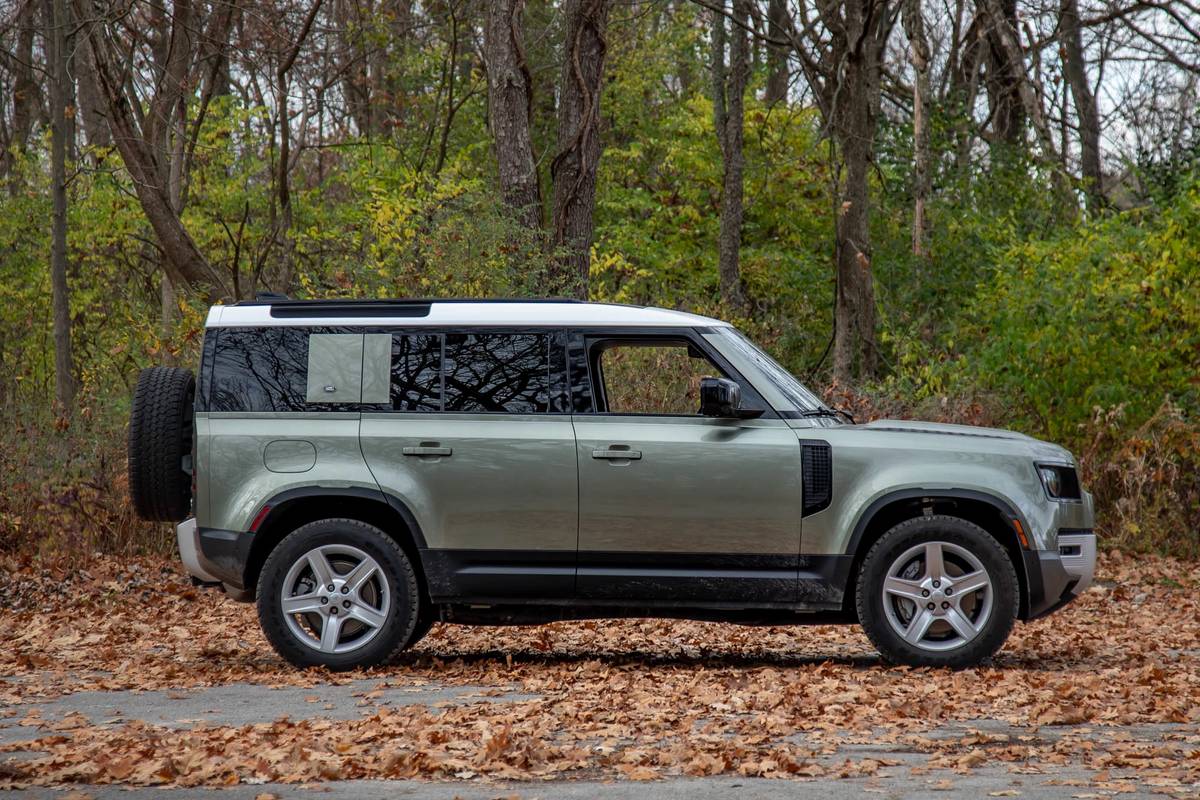 While we didn’t get the Defender muddy or scrabble across boulders during our test drive, there’s no doubt the off-road capability of this Land Rover is one of its biggest selling points. Four-wheel drive is standard, along with features like hill descent control and a two-speed transfer case. And for those times when the trail is a little soggier than normal, you can forge ahead knowing the Defender can wade through nearly 3 feet of water.

The view forward is impressive, though looking to the side or backward only leads to disappointment. The culprits are the Defender’s bulky B-pillars, along with a swing-gate-mounted spare tire that takes a big chunk out of rear visibility. 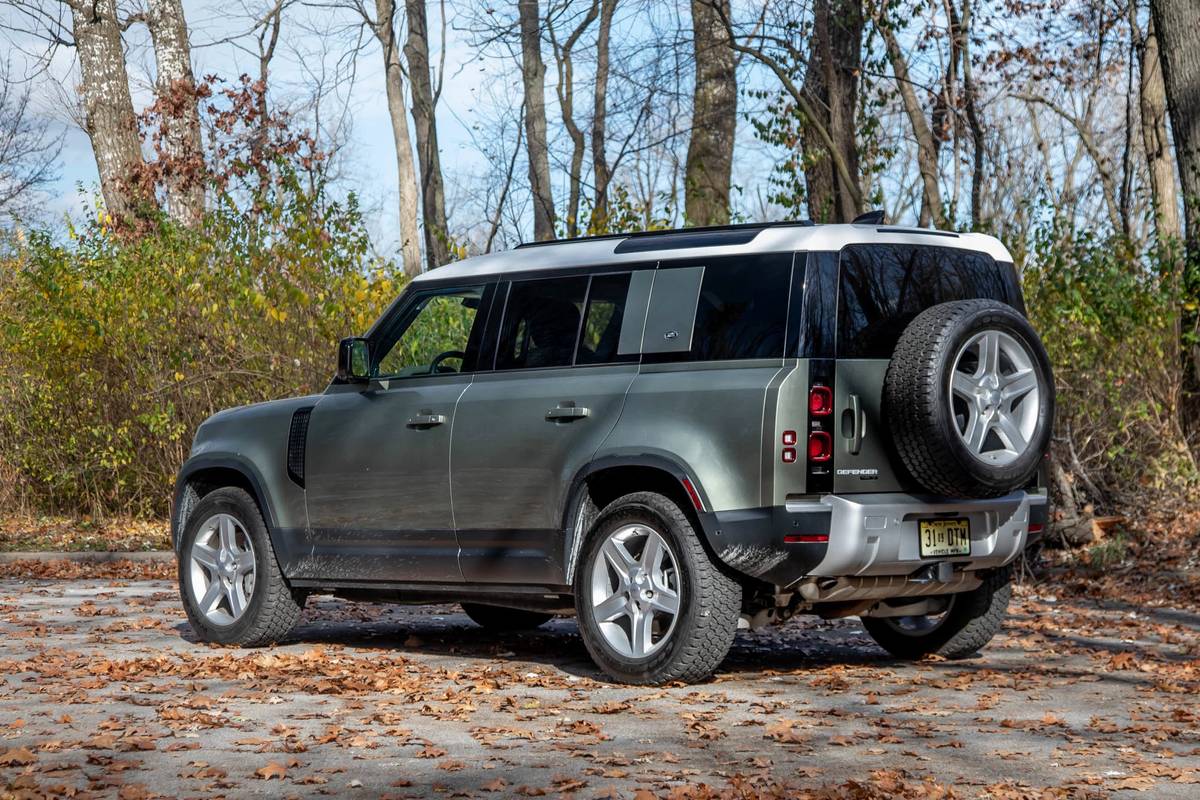 Speaking of that swing gate, it’s hinged on the passenger side and is awkward to use when you’re parallel parked. It also blocks curbside access when open.

The power of the 395 hp is there whenever you want it … but unfortunately, so is its thirst for fuel despite being a mild-hybrid powertrain. Our Defender test vehicle had EPA-estimated gas mileage of 17/22/19 mpg city/highway/combined. The standard turbo four-cylinder gets a slightly worse 18 mpg combined.

Stellantis gets green-light from investors – PSA-FCA expect to complete tie-up of their merger on Jan 16 – paultan.org

More electric cars on the road than diesels by 2030, drivers predict