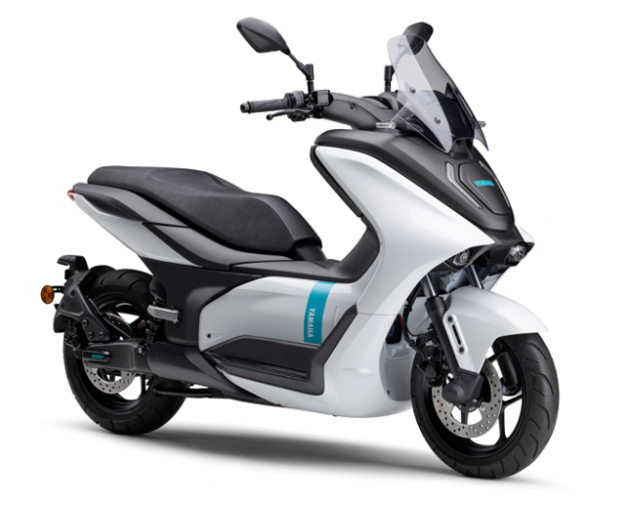 To provide a real world test environment for the Yamaha E01 electric scooter, Malaysia has been selected by Yamaha Japan, along with Thailand, Taiwan and Indonesia. In an online product briefing, Proof of Concept (PoC) planner for the Yamaha E01, Yasushi Nomura said, aside from the Asian countries mentioned, testing will also be carried out in Europe and Japan.

Malaysia has been categorised along with Europe as an area where testing can be done on highway equivalent roads, with Malaysia providing tropical conditions while Europe will represent temperate climes. As a PoC, the E01 electric scooter will address issues such as travel range, charging methods and charging times, all cited as challenges facing the widespread adoption of electric vehicles (EV).

The E01, as revealed during the presentation, will be similar in size as seating layout to the current model Yamaha NMax, categorised as a scooter in the 125 cc category (155 cc for Malaysia, Thailand and Indonesia.) The E01 will be powered by a 4.9 kWh lithium-ion battery, powering an electric motor capable of delivering 8.1 kW at 5,000 rpm and 30.2 Nm of torque at 1,950 rpm. 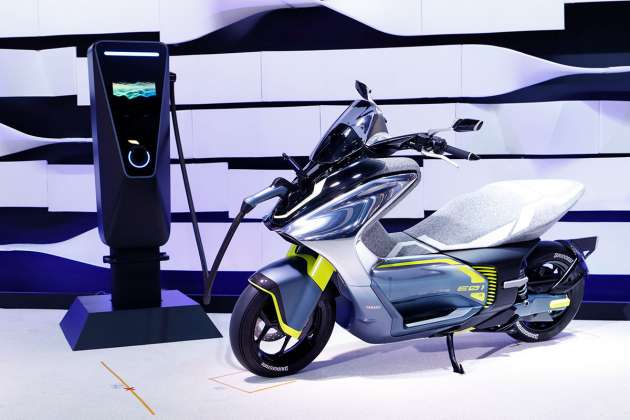 This is the equivalent of 10.86 hp and for comparison, the Yamaha NMax 155 (RM8,998 in Malaysia) produces 14.9 hp while the 125 cc NMax in Europe gets 12.2 hp. Designed primarily for urban mobility, the E01 gets approximately 100 km of range with a governed top speed of 100 km/h with three power modes available as well as reverse mode.

There will be three charging options for the E01, depending on the environment in which the scooter is based with the charging socket being proprietary to Yamaha. A normal charging option using a wall charger with domestic current provides a five hour charging time and is meant for use in residential areas.

A fast charger give a one hour charge time to 80% and is intended to be located at motorcycle dealers, commercial buildings and the like. Finally, a portable charger, using a 110 to 240 Volt AC supply, is designed to be carried with the E01, giving a 14 hour charge time. 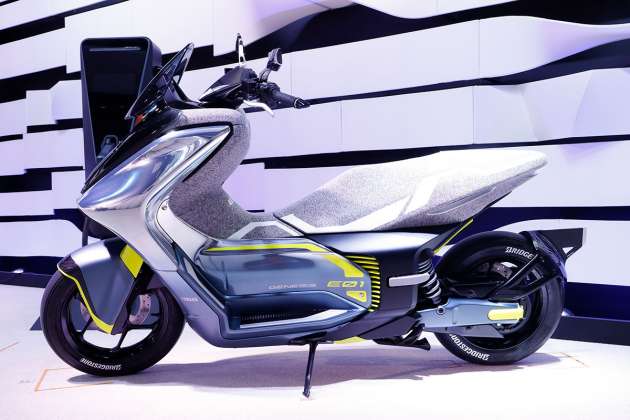 Differing from typical electric scooters that use removable battery packs for remote charging, the E01 has been designed around the battery pack, giving Yamaha designers the ability to include a 28-liter storage space under the seat, something that is typically lost when designing electric and hybrid scooters.

With a seat height of 755 mm, the E01 is designed to be accessible to all riders, and in terms of size, the E01 measures 1,930 mm in overall length, compared to the NMax’s 1935 mm. Noise is also an issue with two-wheelers in urban areas, and the E01 was measured at 58 decibels at a distance of seven metres, compared to the 68 decibels produced by the NMax.

Real world testing of the E01 will include data collection using 3G/LTE with a web server gathering data for analysis and future EV development. The Yamaha E01 is expected to begin PoC testing beginning July 2022.

This Is A Brand New 2.62-Litre V-Twin Engine For The Bike Drag Racing World