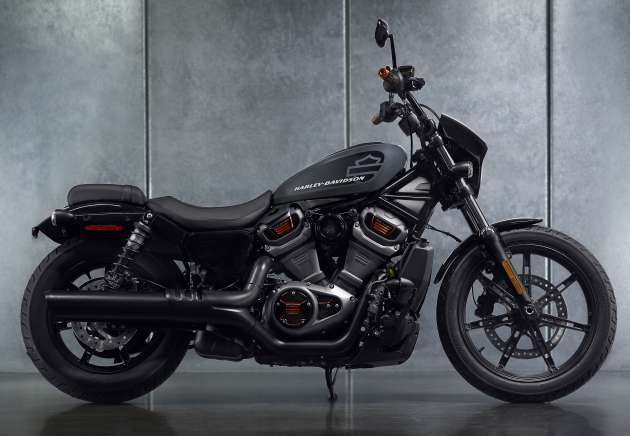 Designed as the gateway model to its range of V-twin motorcycles, Harley-Davidson (H-D) has taken the covers off the 2022 Harley-Davidson RH975 Nightster. Pricing for the RN975 Nightster for Malaysia has not been determined as yet but a source inside H-D told paultan.org the price for the Vivid Black version of the Nightster is “probably around RM90,000,” while the colour variant will be priced at around RM92,000.

The Nightster represents a new chapter for H-D, an attempt to draw in new riders to the fold of its take on American motorcycles in the face of falling sales in recent years. Slotting into its “Sportster” category, the Nightster is an “instrument of expression and exploration, underpinned by performance,” according to H-D Chief executive officer Jochen Zeitz.

This is done with the inclusion of modern motorcycle riding aids into the Nightster, in a bid to bring its level of technology up to date with market rivals. However, styling remains much the same with the Nightster following the lines of the Sportster S, along with the long wheelbase and low seat height, making this more of a dragster styled cruiser rather than a sportsbike along the lines of the cancelled “Bronx” streetfighter.

The Nightster is powered by H-D’s Revolution Max 975T V-twin, a smaller variation of the unit used in the Pan American and Sportster S along with a six-speed gearbox and belt final drive. Power output is claimed to be 90 hp at 7,500 rpm with 95 Nm of torque at 5,000 rpm from the 60-degree, liquid-cooled V-twin with DOHC and variable valve timing.

Front suspension on the Nightster is done with Showa Dual Bending Valve (DBV) front forks, non-adjustable, while the rear end is held top with twin shock absorbers, adjustable for preload. Braking is done with single discs front and rear, the front using an axially-mounted, four-piston calliper on a 320 mm disc while the back end gets a single-piston floating calliper with a 260 mm disc.

Tyre sizing does not follow modern convention for road-going sports motorcycles, the Nightster coming with a 19-inch front wheel and 16-inch rear. The Nightster comes fitted with Dunlop Harley-Davidson Series Bias Blackwall tyres, sized 100/90 in front and 150/80 at the back. 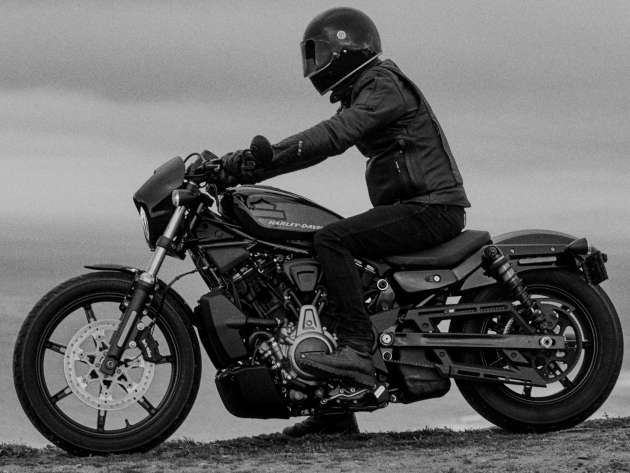 Traction control is fitted to the Nightster, along with ABS and rear wheel slip control, a package which H-D calls Rider Safety Enhancements. Also standard equipment is three ride modes – Road, Sport and Rain – with the rider able to switch modes while riding the motorcycle or when stopped, with some exceptions.

LED lighting is used throughout on the Nightster, with a combination 4-inch diameter analogue speedometer and LCD digital display showing all the necessary information. 11.7-litres of fuel is held in the plastic fuel tank under the 705 mm tall seat – the “fuel tank” in the normal position now houses the air box – while weight is listed at 218 kg, ready to ride.