Home » Auto News » Would you buy a dual-clutch AT car in India today?

Despite the complexity, cost & lack of reliability, manufacturers stay loyal to the dual-clutch AT by launching new models with this gearbox. VW-Skoda have struggled with the reliability of their dual-clutch ATs in India, so has Ford, so have Hyundai-Kia. The trouble is, when they work, dual-clutch ATs are darn good, fast & smooth. What’s more, with many cars, you simply don’t have an option. E.g. If you want a Compass Petrol AT, it’s the DCT only. Octavia? DSG only. Creta or Taigun in the fully-loaded trim with their most powerful engine? DCT. Despite the complexity, cost & lack of reliability, manufacturers stay loyal to the dual-clutch AT by launching new models with this gearbox.

Would you buy a dual-clutch AT despite the very real possibility of issues & breakdowns? 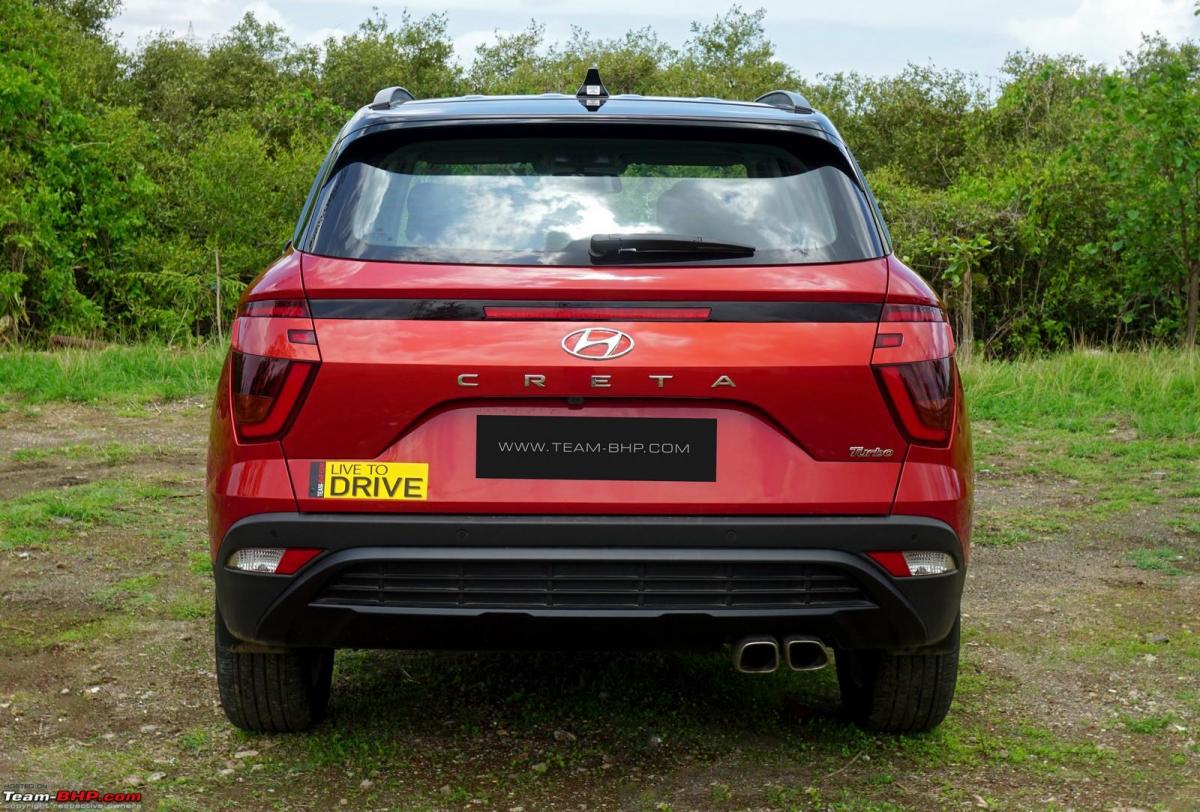 A small sample of BHPians who’ve had issues with dual-clutch ATs. Search the forum and you’ll find thousands more! Back in 2013, Volkswagen recalled 1.6 million cars globally for issues with the notorious DQ200.

I have been having a DCT issue for past few weeks. My car had this for three times in the past one month. The gear ratio gets stuck in D2 without upshifting when in normal mode. Initially, it failed to shift at all. For the last couple of times D2 shifts to D4 after revving to 3.5k RPM. Does not go through D3. Shifts back to D2 from D4 on slowing down. Does not shift down to D1.

Thanks to Naveen Kumar for sending this video in. Heartfelt gratitude for sharing it with other enthusiasts via this Team-BHP page!

My Kia Seltos gets stuck in the 2nd gear and then directly upshifts to the 4th gear. This has happened twice in past month. Similarly, while downshifting too, it goes directly to D2 from D4 and skips D3. The car doesn’t go into D1 at all. Restarting the car appears to fix the issue temporarily. I’m attaching a video of the same.

Recently, I found that the car loses power and shifts late and erratically. It also refuses to go above 90-100kmph. Got it checked from Skoda and was told its a mechatronic failure. Im told it costs upwards of a Lakh to procure from the company.

My friend got a VW Polo GT TSI in 2013 and has been facing a lot of problems, especially with the clutch. Here is his post on Volkswagen’s Facebook page:

In October 2015, the car had travelled a mere 6500 km and I had to replace the multi clutch (ironically, of an automatic car) because the car was making a screeching sound while changing gears and also jerked randomly at times.

I had the multi clutch replaced under warranty with no cost and was assured that this would not repeat again. However, within 6 months of the replacement, I had the same problem again. Just two days back, I took my car to the Shaman dealership (Sewri, South Mumbai) and now that the car is not under warranty, I am being charged exorbitantly high prices for job work : Rs. 1150 for scanning and some other crap, Rs. 4000 to open up the gear box and an estimate of Rs, 1,17,000 to change the multi clutch and flywheel.

Against all odds, I trusted that Volkswagen must have sorted out the gearbox issues that plagued the DQ200 DSG Dry Dual Clutch.

There are 3 major issues with the car – and all 3 issues do not happen regularly. Sometimes they occur, sometimes they don’t.

The car jerks within gear randomly. The jerks can happen up to 4 times – and are the most frequent in the 4th gear and the 7th gear, but it has happened in other gears as well. Often it happens when climbing a slope, and also when the car is full of people. This jerk is not the same as the usual single jerk of a gear change. That single jerk of gear change on hard acceleration is expected – but this jerks within the same gear.

The car has been jerking when downshifting from D3 to D2. This also happens sometimes, and not always. This particular issue has been there ever since I’ve purchased the car, but I had assumed it was a problem with all DSG gearboxes. I researched online and found out that many people had this problem, so I ignored this one.

This is the most troubling of all the problems, and this is what made me really worried. This issue has only happened once. I was driving the car in “D” mode. when suddenly, the car went out of gear! The engine continued revving, but the car stopped moving forward. Only the rev counter was shooting up to 6000 RPM, but it felt as though the car was in neutral. The gear indicator still showed “D2” but the car kept slowing down with no power going to the wheels. Then I switched to “S” but the car still had no power. Please note that the engine was still on, and the car was still revving. Finally I had to stop, and take it to the side, switch to “P” mode, and switch it back to “D” after which the car was fine.

The above issue number 3 has only happened once, but is very serious since it occurred while I was driving.

Every Venue DCT, that runs in bumper to bumper traffic for 20-25 mins will show this overheat warning, and yesterday faced nasty jerks that lead the entire family to panic mode.

By God’s grace, we got a small area to park aside for 10 mins, and the warning message went off, but we do not want to face a situation again after spending 13.5L. Mine is a 2015 November registered Polo GT TSI and my extended/ add-on warranty expired on 2020 November. And last week my car stalled while running. And the diagnosis is gearbox failure and mechatronics failure. Total estimate is 201,280/-.

Initially, the dealer said a lot of rust is accumulated in the gearbox and it has crumbled down and said that mine is flood affected car, as that’s the only way rusting can happen in inside parts. I assured that it is not flood affected and he can confirm it with the service history.

In fact, I have been getting symptoms of my gearbox failure since the last 2 years (ie when the car turned 3). There was a lag in movement when I shift the gear from P to N to D, it wont move for 5 to 10 seconds, which increased to upto 1 minute. This was random occurrence which finally became a routine one, but service centre said that since the error is not showing when they scan it, VW is not supporting changing the gearbox.

BHPian Dhruv29 purchased his Tiguan Allspace in November 2020 with 5 years extended warranty. In March 2021, after covering just 9,000 km, there was a strange knocking noise from the engine along with sluggish acceleration. The car was taken to the service centre, and after 3 days, the issue was not fixed.

In June 2021, the issues returned and the car was sent to the service centre again. Volkswagen engineers opened the gearbox and recalibrated the Mechatronics unit. The problem could not be replicated immediately after the fix. However, the issue returned the very next day during a 250 km drive.

I had to travel outstation to attend some family function. After travelling approximately 110km, suddenly the car made 3-4 quick knock noise from right side of engine compartment. I ignored it thinking that it was probably noise from passing traffic. After a few minutes again, when accelerating from 5th gear in D mode at around 1300 RPM, same knock/rattle noise occurred in quick succession as if there is some slack in timing chain or engine is lugging. The engine would cut power for 1 second then again would be back online. It’s as if traction control was cutting power. The knock sound emanated from right side of engine bay whereas DSG box is on the left side.

In return journey, same issue occurred intermittently, whenever i tried to apply power to overtake and the engine would get in turbo range and then it would knock and power would cut. Acceleration would be sluggish and jerky from 5th gear onwards with knock/cut episodes. Then it started to happen with 3/4/5/6th gear, the car would not want to put down power in turbo range. It’ll steadily rise to cruising speed but would cut when turbo is making more boost while accelerating. I then had to baby the car back home at a steady 50-60kmph without any overtaking manoeuvre. Mid way back, i had to stop for 30 min. After the break, the car behaved completely normally.

There are no warning on instrument cluster whatsoever, and vehicle status shows green tick.

The biggest issue I’ve had is the fact that VW changed their warranty policy sometime in early 2020, which meant that I was unable to renew my warranty beyond 9th June 2020. Prior to the warranty expiring I visited VW for a peculiar noise coming from the transmission. My concerns were dismissed and I was assured that my GB would be good for a long long time. This was around the 46K mark. At 52K, I had my first bit of trouble, where the car refused to slot into 1,3,5,7 and limped back home. Dhruvritzed helped me diagnose the issue as he had recently (at the time) dealt with the same thing, and he advised that I should just scan/clear the codes and hope for the best as it would mean that the transmission will work for a while more. At 58K, in April 2021 the transmission finally gave up. Since, I have got a full service history, and the service centre staff knows of my many attempts to get warranty, they assured me that they would try and get the best possible goodwill support from VW.

Unfortunately their best possible has only been up to 30%, so the cost of clutch pack + flywheel is coming to 100K approx.

Viraat13 changed the clutch pack of his DQ200 on his own. Related Thread Tata HBX teased; Official name to be revealed on August 23