Home » Auto News » Will the 2023 Acura Integra Get AWD? Acura’s Being Cagey

Given the old Acura Integra Type R’s claim to fame as the world’s best-handling front-wheel-drive car, the rumor that the upcoming 2023 Acura Integra was getting all-wheel drive was pretty big news, as far as Japanese sport compact news is concerned. Over the past day or two, a handful of reports have surfaced saying Acura’s upcoming $30,000 entry-level model will indeed send power to all four wheels, pointing to a Wisconsin Acura dealership website that said as much.

As it turns out, you simply can’t believe everything the damn dealership tells you.

First spotted on Integra Talk, a “First Look” post all about the future Integra found on Acura of Brookfield’s website says the 2023 Integra will come with an optional six-speed manual transmission (this is confirmed by Acura), be powered by a 1.5-liter VTEC turbo-four (also true), use a limited-slip differential (yep), and be available with the company’s Super Handling All-Wheel Drive (wait, what?).

That last part notably has not been confirmed by the automaker. And as of yesterday afternoon, the blurb in question has been removed from Acura of Brookfield’s live site. Screenshots, however, are forever.

“When winter rolls around and covers the roads with rain, ice, and snow, you’ll be happy to have the available Super Handling All-Wheel Drive™ system to increase your traction in these circumstances and prevent any sliding,” the website read.

To be fair, an AWD Integra would be feasible assuming you believe that rumor about the upcoming Honda Civic Type R being AWD via an electric rear axle. But that’s admittedly a big assumption. And, for what it’s worth, an Integra with AWD would not entirely be without precedent. Back in the ’90s, Honda offered something called the Integra ZXi4WD in Japan which, you guessed it, sent power to all four wheels.

However, when I reached out to Acura proper to see what it has to say about this, a company spokesperson responded with the following, thinly coded statement, emphasis mine: “The Integra will continue a tradition of being one of the best driving, front-wheel drive vehicles on the market. We look forward to sharing additional details on the all-new Integra soon.”

While I will admit that Acura’s response does not 100 percent discount the possibility of an all-wheel-drive Integra as an eventual upmarket option over the front-drive model, why would it be trying so hard to hide it? Considering one of the most popular criticisms of this car is the fact that it’s essentially a re-bodied, rebadged Honda Civic, the presence of AWD would be a pretty key differentiator and Acura would likely be screaming about it from the rooftops, not hiding it like a shameful secret.

The most likely story here would simply be that the dealership—or whoever was responsible for writing its promotional materials—made a mistake. And… y’know, never take anything a car dealership tells you at face value. Case in point: When I called Acura of Brookfield yesterday for this story, the new car sales manager was apparently not available to chat but one of the salespeople assured me that he’d call back soon. It’s been a day and I’m still waiting for the phone to ring. 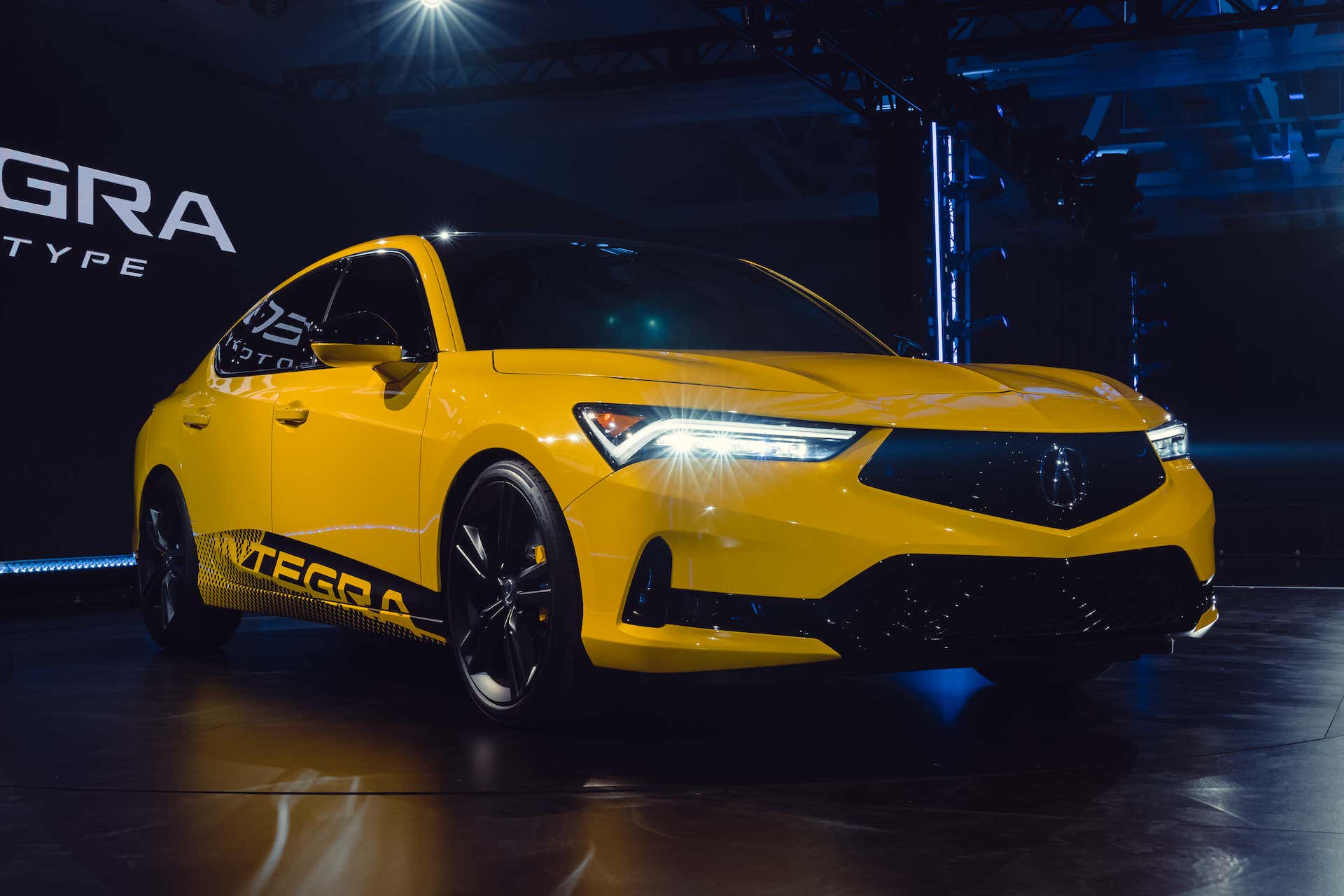 Is this an AWD car?

Got a tip or question for the author about the new Integra? You can reach them here: [email protected]

1970 Chevrolet K5 Blazer Gets a Restomod Makeover Courtesy of Ringbrothers

Want a Challenge? Buy Ford's 1997 Vivace Concept, Which Has No Doors