Home » Which Car From Your Childhood Do You Remember the Most?

If there’s one thing I’ve learned in life it’s that whether you’re a car person or not, there’s always one car that stands out from your childhood. Seriously, some folks could care less about boxes on wheels and they couldn’t tell you the difference between a Pontiac Sunfire and a Porsche 911, but by god, they know that one jalopy from when they were kids.

So, I’m curious, which car from your childhood do you remember the most? 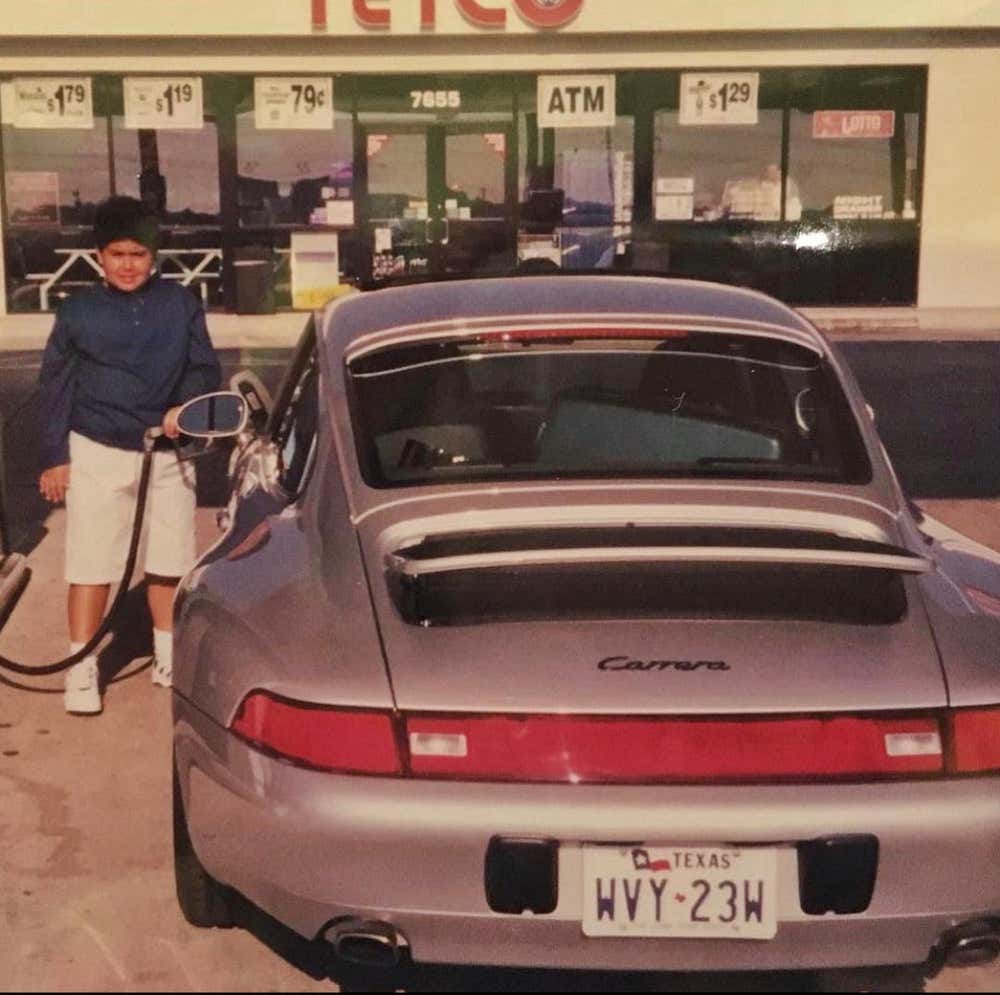 Young and fashionable me pumping fuel in the 993.

Working from home as Managing Editor of The Drive allows me to change into more cars in a given month than I do sweatpants. Ok, maybe not quite—I do care about personal hygiene, I promise!—but pretty close. You’d also think that I favor a lot of these cool borrowed cars over the bare-bones, Mexican-issued Nissan Tsuru my mom owned when I was little. But nope.

However, despite being present during some important milestones of my childhood, that unsafe-AF Nissan isn’t the most memorable car of my childhood. That honor goes to my dad’s 1994 Ford Thunderbird dressed in Light Evergreen Metallic. Boy, that was a majestic beast. I could be wrong here, but I believe that was the first time I saw buttons on a car steering wheel (or maybe that was his white Mercury Grand Marquis?) which was just mesmerizing to me at the time.

The Thunderbird only stuck around for a year because my dad apparently grew bored with it, and replaced it with something a bit more family-friendly: a two-door Chevy Tahoe. We all make questionable decisions, ok? Sadly, that Tahoe also didn’t last long because it was actually stolen a few months later. So much for happy childhood memories!

Still, there was something about that Thunderbird that made me fall in love with it. The long shape, the glitzy paint, the fact that it looked cool (in the eyes of a seven-year-old), or maybe it’s just that it made a big impact on me with its buttons and cool logo.

A few years later dad had a 1997 Porsche Carrera 911 in silver, then a white 2000 BMW 540i, a silver 2001 Mercedes-Benz E430, etc., all admittedly cooler than the T-Bird, yet the Ford mysteriously remains the car from my childhood I remember the most.