During its inaugural Tesla-style Power Day, Volkswagen detailed plans for its electrification strategy over the next few years, one which will include a range of new technologies and approaches, including steps toward the long-awaited solid-state battery technology.

The Wolfsburg-based automaker plans to launch six gigafactories in Europe alone in order to secure the supply of batteries for VW Group brands by the end of the the decade, with a total energy value of 240 GWh per year when all six are online. The first two gigafactories will be located in Skellefteå, Sweden, in collaboration with Northvolt, and in Salzgitter, Germany.

“The gigafactory currently operated by Volkswagen in Salzgitter will produce the unified cell for the high-volume segment from 2025 and develop innovations in process, design, and chemistry,” the automaker said. “Production capacity of up to 40 GWh per year is also planned for Salzgitter. This refocusing will deliver enhanced economies of scale and reduce the complexity of production. Both gigafactories will be powered with electricity from renewable energy sources. Potential sites and partners are currently being considered for the other factories.”

VW also plans to switch to a unified battery cell design by 2023, one that will be used in up to 80% of Volkswagen Group vehicles spanning several brands. The new unified battery cell will be produced in-house, with VW working to base as many of its electric offerings as possible on a single architecture that can be used by vehicles in different segments.

“We aim to reduce the cost and complexity of the battery and at the same time increase its range and performance,” says Thomas Schmall, Volkswagen Group board member for technology. “This will finally make e-mobility affordable and the dominant drive technology.”

“We will use our economies of scale to the benefit of our customers when it comes to the battery, too,” Schmall added. “On average, we will drive down the cost of battery systems to significantly below €100 per kilowatt hour. This will finally make e-mobility affordable and the dominant drive technology.”

What’s more, the Unified Battery Cell that VW intends to put into production starting in 2023 will be a stepping stone on the way to solid-state batteries, and will use a prismatic- as opposed to pouch-based format. VW expects that the costs of production of the Unified battery cell will be reduced by up to 50 percent in entry-level models, when coupled with strategic business partnerships with suppliers and battery producers. 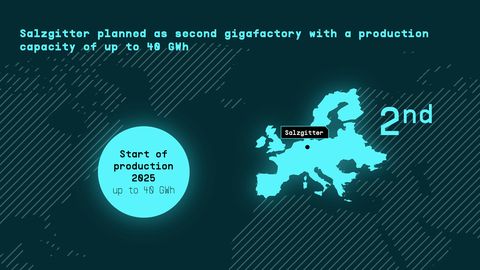 In addition reducing its reliance on outside suppliers for batteries, Volkswagen will also focus on building a charging network in Europe and in North America, with plans to operate some 18,000 public fast-charging points in Europe by the year 2025 together with BP and Ionity. As a part of this effort, VW plans to install 150 kW fast-chargers at 4,000 BP and Aral stations in Europe, specifically in Germany and the UK. VW also plans to work with Enel in Italy and Iberdrola in Spain on adding charging stations to existing motorway fuel stations, investing some €400 million in Europe alone by 2025.

When it comes to the US, VW already owns and operates the station-building company Electrify America, which aims to have 3,500 stations in the US by the end of 2021.

“E-mobility has become core business for us. We are now systematically integrating additional stages in the value chain,” said says Herbert Diess, Chairman of the Board of Management of the Volkswagen Group. “We secure a long-term pole position in the race for the best battery and best customer experience in the age of zero emission mobility.”

Overall, the company’s first Power Day delivered what was expected, including plans to isolate and streamline battery production for use by 80% of the Group’s vehicles, including not only VW’s ID lineup but also for brands like Porsche, Audi, Skoda, Bentley, and SEAT. The remaining 20% of batteries are expected to be narrower-use designs for sports cars—not hard to guess which brands could receive more tailored, high-performance designs. 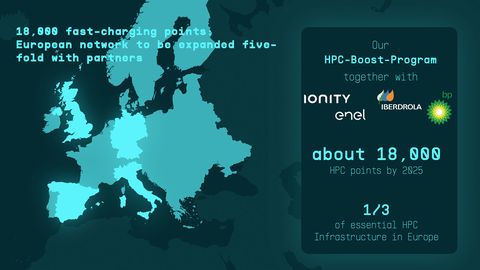 Another major development spelled out in today’s Power Day was the goal of reducing complexity among the automaker’s current offerings, which goes hand in hand with a Unified Battery Cell tactic. The current MEB platform is just the start of a wider shift to a single battery and powertrain architecture among a number of VW brands, which we are currently seeing with offerings from VW, Skoda, and SEAT.

This means the days of having four gas engines and four diesel engines offered for one VW-branded hatchback are already behind us, with the MEB platform proving adaptable for a variety of vehicles across several brands.

Power Day solidified VW’s plans to establish partnerships to secure its own battery supply, as squabbles in the EV industry for contracts with battery producers rise. As more brands introduce electric models and announce plans to switch to EV-only lineups, the rush for batteries and the raw materials used in their production will only ramp up. The time to build factories is now, if not yesterday, and VW appears to have realized this some time ago, even as battery components continue to evolve.

Should VW introduce electric vehicles less expensive and smaller than the ID.4 stateside? Let us know in the comments below.

2020 Hyundai Sonata Limited Long-Term Review: Will It Hold Up?

LA Auto Show Moves Between NY and Detroit in 2021