This was an experiment done by me to check how much the PM accumulation ratio would go down.

BHPian audioholic recently shared this with other enthusiasts.

Let me state in the beginning that – this was not an issue but rather an experiment.

It was quite a while since I experienced the DPF auto regeneration. I was out of the country at the beginning of this month and my father had taken the car out on a 600 km highway drive and told me that was the last time the car performed regen. After that, we had two airport runs and a lot of in-city runs. However, I never noticed the regen kicking in. Also after switching to Xtra Green the regeneration frequency had noticeably reduced.

I just plugged in Techstream (Toyota’s official software) and noticed that the PM accumulation ratio was 75%. Yet there was no warning nor request to perform a manual regeneration. Nor was the DPF button working (in my car it anyway doesn’t show the DPF status when pressing the button).

Hence decided to perform forced regeneration through the tool even though this was not necessary. I just wanted to check how much the PM accumulation ratio would go down. The engine was cold since the car was parked and hence the revs climbed to 2k RPM for five minutes. However, there was not much of an increase in the EGT which is needed to burn the soot. However, the PM accumulation climbed to 100% which I think is a way to fool the ECU to kick in regeneration by the tool. 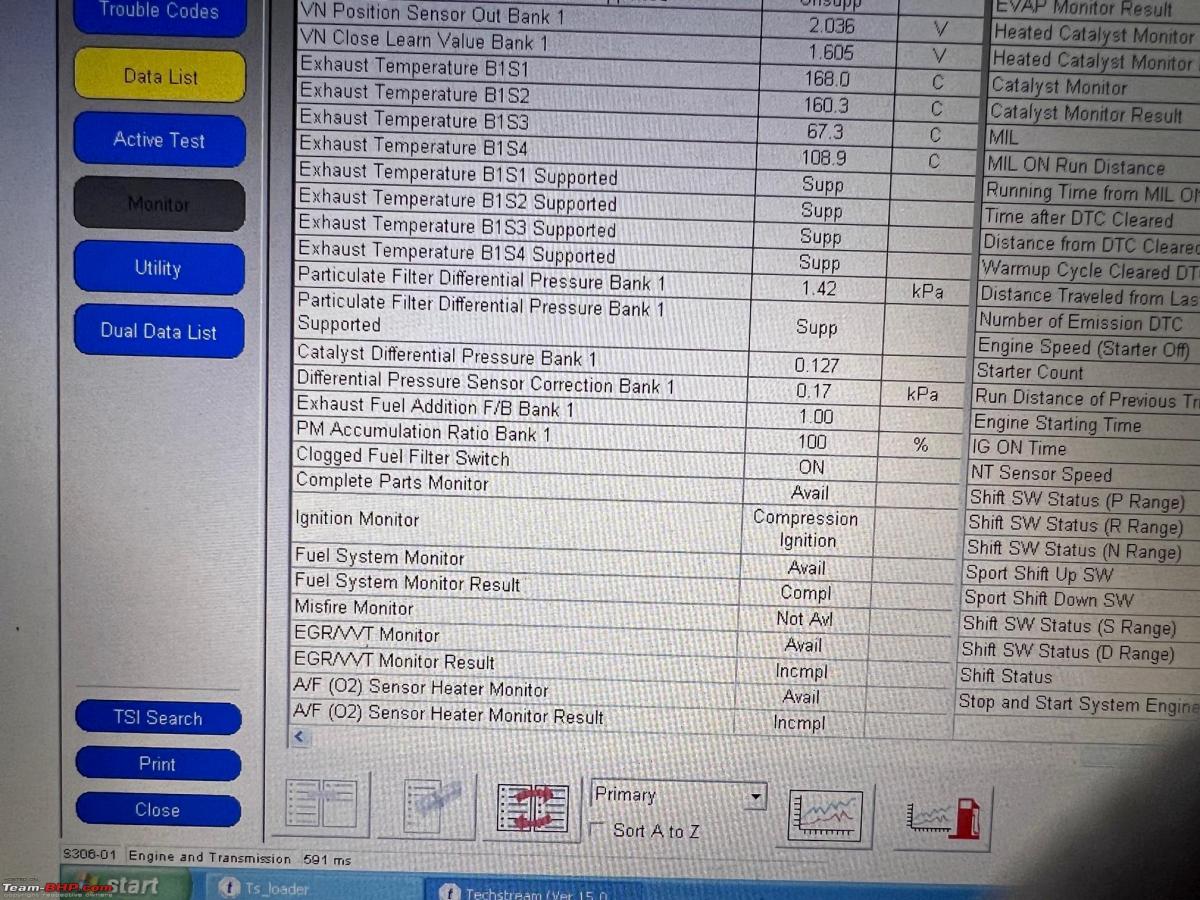 After four minutes of revving at 2K rpm, the EGT was still around 250 deg C and no reduction in PM. Then the revs dropped to 1200 rpm which is the auto regen RPM and this is when I believe diesel gets injected at the exhaust. That causes a rise in EGT and the PM ratio starts dropping down. Here is a video showing the same: In five minutes, the PM drops from 100% to 8% and the EGT climbs to 700+ deg C. This is when the turbo also spools up which was not the case earlier. A sweet howl is heard from the VGT. Then took the car out for a short drive to cool down the exhaust further. Not sure how but the PM ratio was further down to 2%. 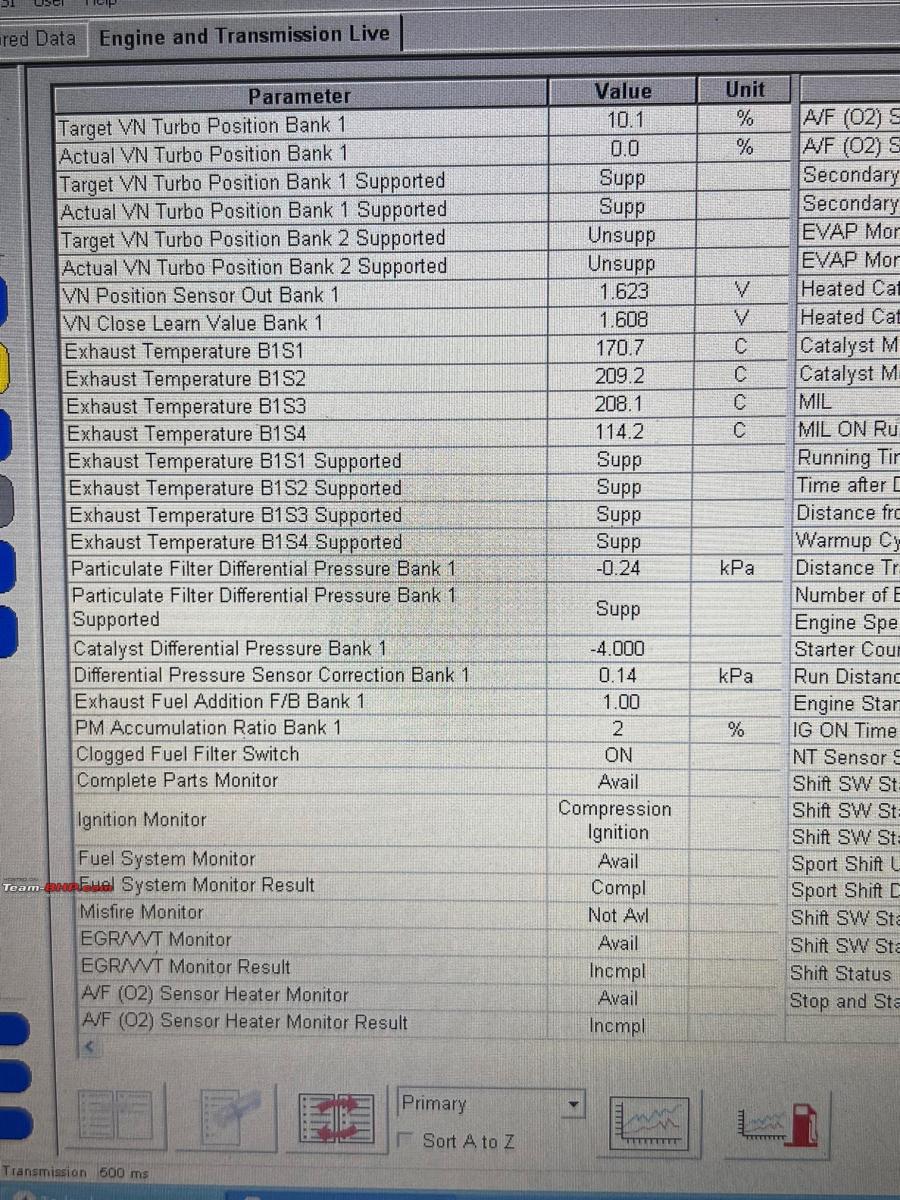 Next time I will try to find out what number of PM ratios causes auto regen. I only was able to find out that 149% is when the limp mode is triggered and regeneration is no longer possible manually.

But just by guessing the duration of the entire regeneration being less than ten minutes, I think the DPF was still working under its normal threshold to trigger auto regen. Generally, the manual regen is supposed to last around 20+ minutes to be able to clear all the soot.

Door automatically unlocks when the car’s in motion: What’s the reason?