An elk from the Colorado wilderness has long suffered with a tire stuck around its neck. Thankfully, this past weekend saw the proud beast freed after years of trying by Colorado Parks officials, reports ABC News.

Wildlife officers managed to sedate the bull elk, and took cordless cutting tools into the forest to attempt to remove the tire. Unfortunately, the tire’s steel-belted construction proved too difficult to cut through. The animal’s antlers were removed instead, allowing the tire to be slid over the head. 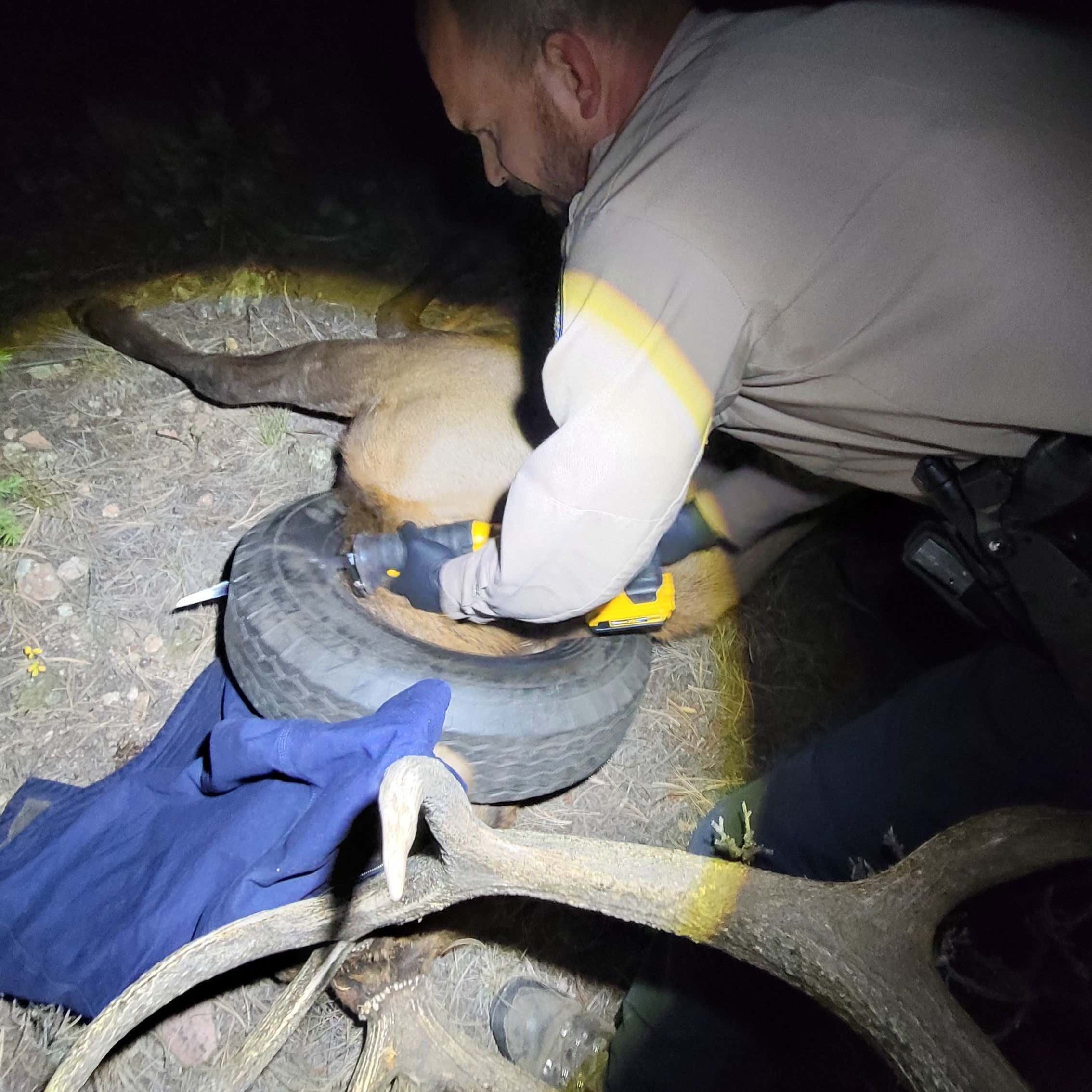 “We would have preferred to cut the tire and leave the antlers for his rutting activity, but the situation was dynamic and we had to just get the tire off in any way possible,” said officer Scott Murdoch, referring to the animal’s usual mating rituals. “We had to move it just right to get it off because we weren’t able to cut the steel in the bead of the tire,” Murdoch noted.

The first spotting of the elk occurred over two years ago, with a routine wildlife survey identifying the animal trapped in the tire. However, tracking the animal wasn’t easy. Multiple sightings eventually gave wildlife officials the opportunity to get in close enough to help the stricken creature. Murdoch speculated that the elk became stuck in the tire in its youth, stating “It would have had to be in the winter months when the elk don’t have antlers.” 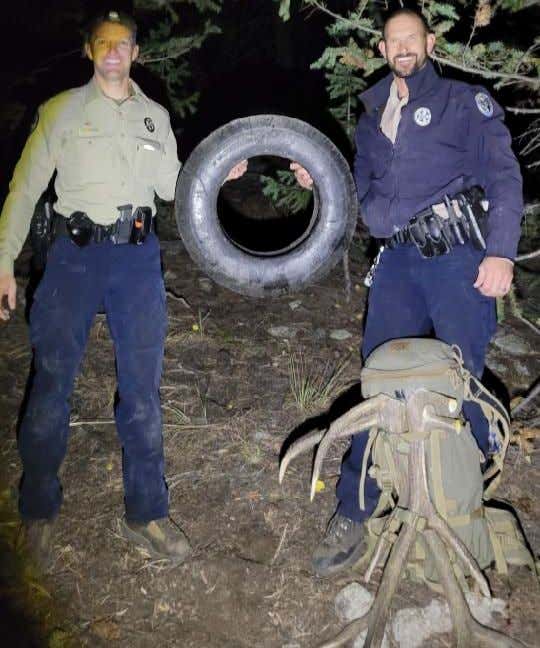 Wildlife officers pose with the tire successfully freed from the elk’s neck.

Colorado Parks officials had tried multiple times to help the elk since May this year. It was estimated that the tire, along with all the dirt and muck collected in it, weighed approximately 35 pounds. Removing it should go a long way to easing the elk’s neck pain. Elks regrow their antlers each year, so the creature suffered no major long term loss.

Last year, Scott Murdoch spoke at length on what it would take to free the elk.  The video includes several great shots from wildlife cameras, showing the intrepid animal getting about his daily life with the tire in tow.

Despite everything, it appears the elk didn’t suffer too badly from its ordeal. With the tire removed, officers were able to get a better look at the animal’s neck underneath. “The hair was rubbed off a little bit, there was one small open wound maybe the size of a nickel or quarter, but other than that it looked really good,” said Murdoch.

Animals and cars typically don’t mix well; we’ve seen everything from a bobcat stuck in a Prius to a bald eagle ensnared by a Saturn. Thankfully, this story had a happy ending and the officials involved can pat themselves on the back for a job well done.

One of 531 Rolls-Royce Camargues Is Up for Grabs