Le Mans and TV veteran Tiff Needell recently got to drive one of just 20 1997-spec Porsche 911 GT1 Straßenversions on the rural roads of Scotland. These 996-nosed 554-horsepower mid-engine monsters are the road-legal homologation specials that allowed Porsche to become an endurance champion once again in 1997, royally upsetting McLaren and driving Ferrari to cancel its F50 GT program. In its debut year, the 911 GT1 also scored a 1-2 in its class at Le Mans, with the overall winner of Joest Racing also packing Porsche power.

Back when the GT program began in 1996, the 911 GT1 race cars featured the headlights and taillights of the 993-generation, resulting in a pair of 993-faced Straßenversions as well, one of which was used by the factory for the German road car validation process. Until the end of 1998, Porsche built a total of 18 race cars, most featuring the 996-generation’s design. 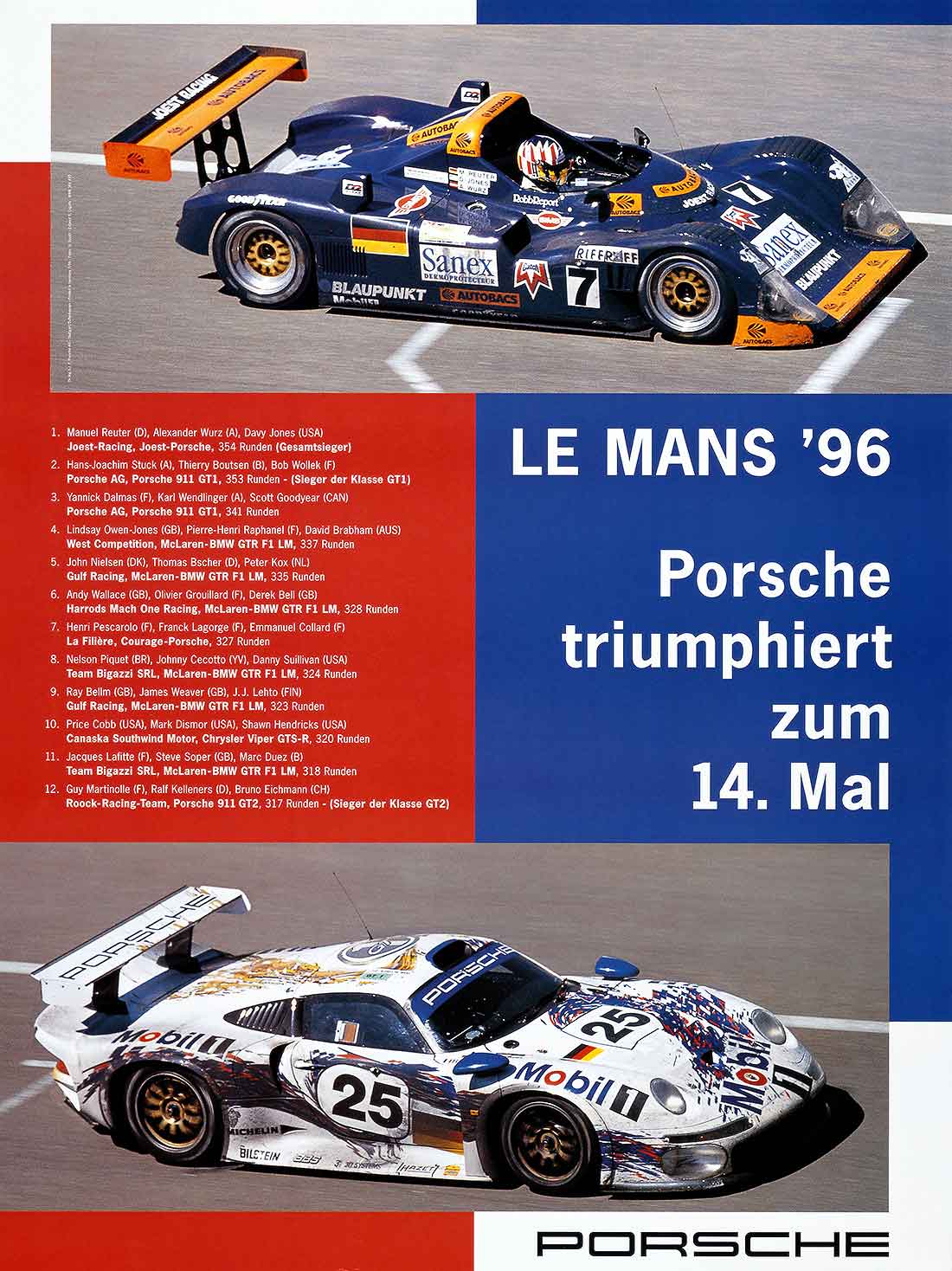 Having raced four Porsche 962s at Le Mans between 1989 and 1992, Tiff Needell wasn’t new to the mid-engine experience provided by the steel body of a 911 turbo, and the rear subframe assembly of said Group C prototype. In fact, his best result was third place overall in 1990 with the Alpha Racing Team’s Porsche 962C shared with David Sears and Anthony Reid.

When the BBC sent its Top Gear Motorsport segment to the Hockenheimring in 1996, Needell found himself behind the wheel of Porsche’s development prototype; an unpainted carbon fiber 911 GT1 wearing the Mobil 1/Warsteiner livery after its 27-hour endurance testing. Today, Tiff says he would never choose a 911 GT1 over a McLaren F1 of any sort, yet back in 1996, he probably didn’t mention the F1 GTR too much to Porsche while calling its pride and joy a “squashed 911” for the glory of the British Broadcasting Corporation (BBC).

These days, the racing version of the 911 GT1s can be made road legal as well, so if you think that at over 600 horsepower there’s just too much fire-spitting for stop-and-go traffic, ask your mechanic to dial back those turbos to a very Straßenversion-like 550 hp. That should do the trick.

The Making Of A Submarine Hunting S-3 Viking Crewman