If scanning movies for rare classic cars is your thing, we have something for you. In the 2013 film Labor Day, starring Josh Brolin and Kate Winslet and set in the 1980s, there is a first-generation Opel Senator sedan.

Of course, you can cheat and go to the Internet Movie Cars Database to look up just where it is in the film, and given how well it’s hidden we won’t blame you. Let’s just say it’s not quite center stage in the movie, and the scene in which you can find it is a bit of a Where’s Waldo situation. But nevertheless, it’s now movie canon, and no one can take that away from it.

Just why is there an Opel Senator in a movie set in the US in the 1980s?

The simple answer is that movie production companies source cars from agencies that provide them for filming, if the classic car owners register their prized possessions with an agency. So depending on just where a film shoot is happening, the cars tend to be local classics, often driven by the owners themselves as movie extras, unless something very specific is needed. It’s a neat way to get your classic car into a period film, perhaps even with yourself behind the wheel. And given the fact that Opels were sold by Buick dealers for a while, through the late 1970s, they pop up in films set in that time period on occasion if the right ingredients come together. 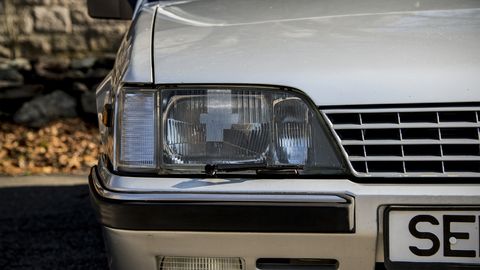 Gary Farias owns half a dozen classic Opels that have appeared in several films over the past 20 years, and one of them is not a North American model at all but rather a European-market first-generation Opel Senator. Hailing from 1984 the car has been stateside for a while, and like several of Farias’ cars it has been immortalized in film.

This Senator was brought into the country new and federalized, back when such a thing was actually possible with some modest expenditure. In fact, at the time the requirements were not mechanically or financially daunting: The car needed a different exhaust system to comply with California emissions, some bracing for bumpers and yellow side markers. And that was just about it.

The model debuted in 1978 as a replacement for the long-running Opel Admiral, offering a 3.0-liter straight-six paired with an automatic transmission, though smaller engines were on the menu as well, including 2.5- and 2.8-liter units. The Senator occupied the top position in Opel’s European lineup, going up against the likes of the BMW 7-Series and a little less directly against the W116-generation Mercedes-Benz S-Class. But in the reality of the European market, the Senator was not quite ranked as a luxury model despite certainly being large by European standards of the era. So in comparison tests of the day it was often put up against the second tier of large European cars like the Peugeot 604, Citroen CX, Ford Sierra, Rover SD1, and the Audi 100. Production of the first-gen model lasted from 1978 until 1986, when the second-gen Senator B, as it is known, arrived to replace it. 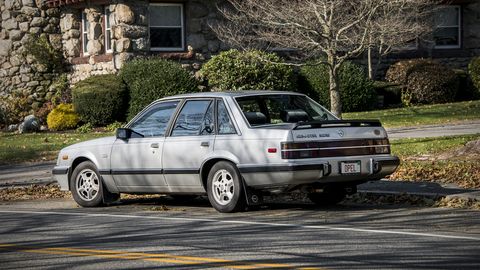 The Senator also happens to be one of the few German cars from the 1980s that looks enough like an American sedan of the era to actually be able to pass for one. We have a feeling that unless one is a car person, the Senator might not register in traffic at all unless one sat behind it in traffic for a few minutes—that’s how much it looks like a Buick or Oldsmobile from the era.

Indeed, this generation of the Senator wore a few other badges and was sold as the Chevrolet Senator in South Africa for a short time, before getting an Opel badge when the brand formally entered the country. But with the GM offering plenty of its own sedans of this size, the model was never really considered for the US market. The first-gen Senator was also sold as a Daewoo Imperial in the South Korean market, and the Vauxhall Senator in the UK but… have fun finding any one of those for sale now, especially with a Chevy badge.

Honestly, we’d love to see a Chevy Senator stateside at a classic Chevy show like the Carlisle GM Nationals. Somebody, make it happen!

Should GM have offered the Senator as Chevrolet stateside in the 1980s? Let us know in the comments below.