Cities are undeniably the best places for EVs to live, at least right now. Zero tailpipe emissions contribute to improved air quality amongst the densely packed streets, and the cars’ somewhat limited ranges are far less of an issue. Then, there’s also the part about stop-and-go traffic being conducive to electric vehicles’ regenerative braking.

All this has occurred to at least one New York City cab company, called Gravity. The startup plans to offer a 50-car fleet of electric cabs in the Big Apple, and it’s starting by acquiring a Mustang Mach-E painted in Rally Yellow and done up in a familiar NYC taxi livery. 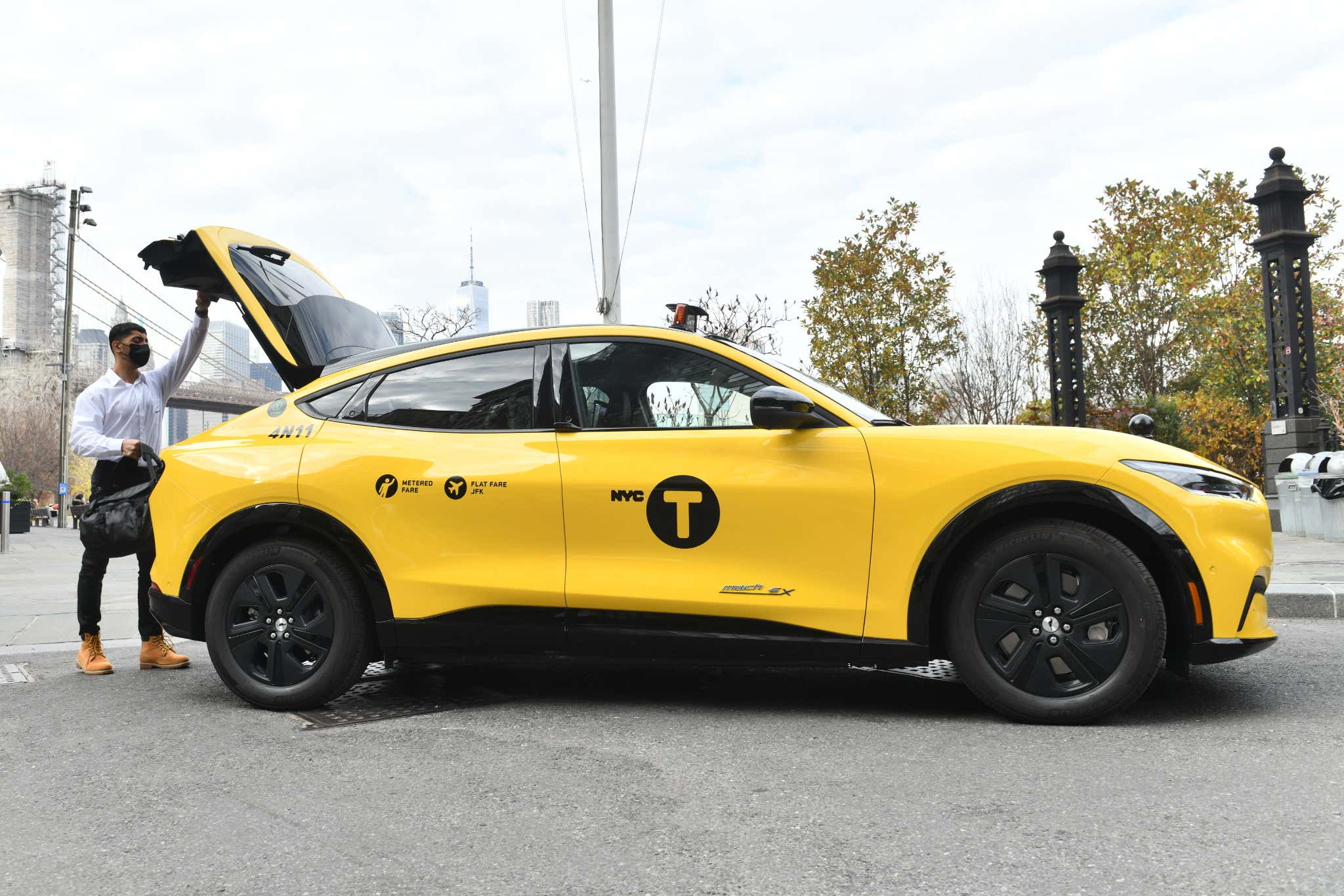 The car is part of Gravity’s bigger plan to offer both Mach-E’s and Tesla Model Y’s as cabs. The young company places an emphasis on interior technology, offering passengers a large 22-inch tablet that allows them to “adjust climate controls, play music, watch videos, snap and send a selfie with filters, and more.” Gravity also claims its taxis have a suite of driver-monitoring tech so that the vehicle’s operators are always attentive to what’s going on around them.

Gravity didn’t initially specify which trim of Mach-E’s it purchased, though after reaching out, we were told the vehicle seen here is a California Route 1 model with extended range and all-wheel drive. That’s a $56,575 car before the $7,500 federal tax credit—better not spill anything back there! 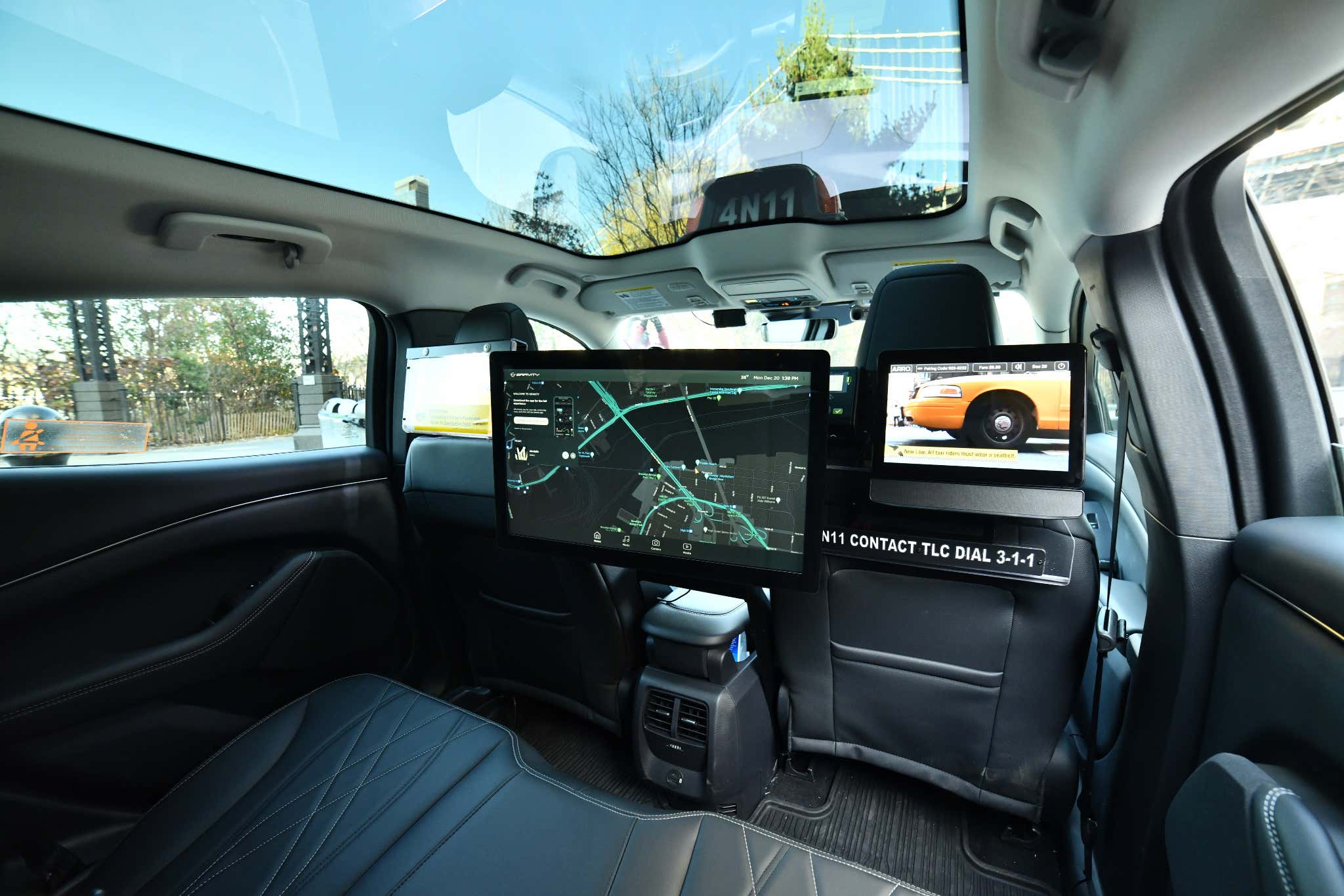 Speaking of costs, Gravity’s cabs will be running at regular NYC taxi rates, so you’ll get to experience the company’s take on what a ride around the city should be like at no cost above normal. At night, when the cabs aren’t in use, they’ll be charging at a company facility in Midtown Manhattan.