The numbers are in, and Ford’s gotta be feeling pretty good about its upcoming electric pickup, the 2022 Ford F-150 Lightning. According to stats released by the Dearborn automaker, the upcoming truck will not only increase Ford’s market share in the electric vehicle segment, but will also potentially generate tens of thousands of first-time EV and Ford buyers along the way.

Those stats were derived from a survey sent to current reservation holders—of which Ford claims there are 160,000 of them. The figures show that there’s a great deal of interest in the full-size electric truck segment, or at least in the non-luxury category. Unlike its cross-town rival, the GMC Hummer EV, the F-150 Lightning will offer more basic and less-expensive trims starting at around $40,000, with most well-equipped models starting at around $53,000. In comparison, the Hummer will start at around $80,000. 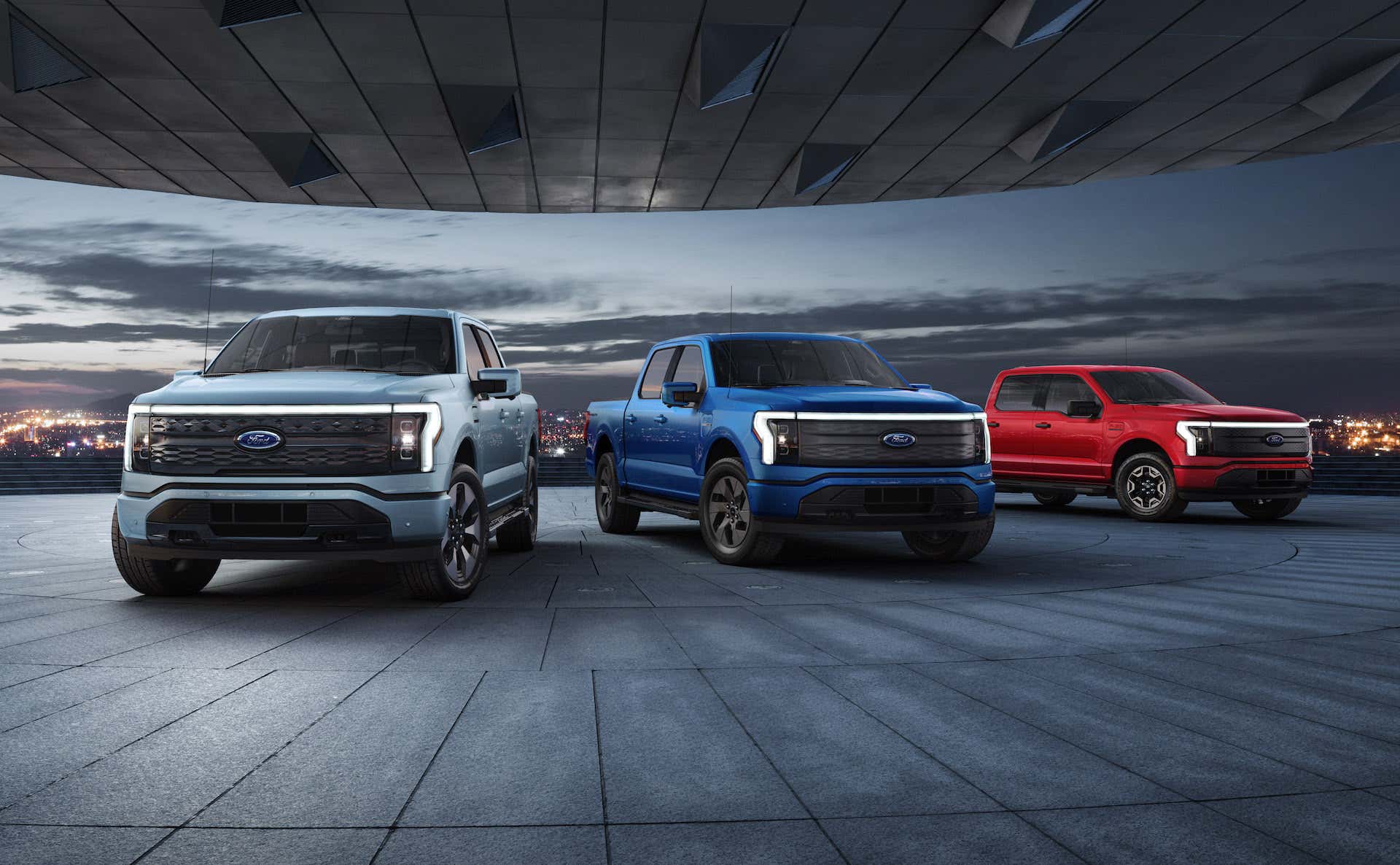 Of course, like most conclusions extracted from retail reservation figures, it’d be a mistake to think that all 160,000 will turn into actual sales, but that figure is still a relevant way of gauging interest in a new vehicle. Ford claims that California, Texas, and Florida hold the highest number of reservations per state, which is rather unsurprising considering they are three of the biggest markets for automakers in general—especially for pickup trucks.

“Americans have trusted Ford trucks for years and now they are trusting F-150 to be their first battery-electric vehicle,” said Darren Palmer, general manager of Ford battery-electric vehicles. “It’s our job to continue engaging them and answering their questions about what the ownership experience will be like – which I guarantee is like nothing they’ve ever had before.”

Ford claims the F-150 Lightning will be available in the spring of next year, though it’s unclear if folks will be able to walk into a dealership and buy one at that time. Previous reports claimed that order banks for the Lightning would open in late October, though that never happened; now, the deadline is supposedly sometime in December. We’ve reached out to Ford for comment and will update this story when we hear back.

The New, Improved The Drive Store Launches Today! Save 25% Sitewide Through Sunday

The Ford F-150 Lightning's Range Could Be a Lot Better Than We Think: Report