Home » The Electric VW ID.4 Crossover Will Race in a 1,000-Mile Baja Rally Next Week

The Volkswagen ID.4 is arguably more important than any other model in the car company’s lineup; it may also be the dullest. It does the job of a spacious electric commuter, and it’s paving a path for future VW EVs that hopefully will provide a thrill. As with any other car, though, it’s bound to get more exciting with a suspension lift and chunky off-road tires—meet that VW ID.4, which will race in the Mexican 1000 next week.

It’s been kitted in the usual Baja garb by jack-of-all-trade motorsport man Rhys Millen along with help from Tanner Foust, who will drive the VW alongside Rebelle Rally vet Emme Hall. In rear-wheel-drive 1st Edition spec, the ID.4 packs an 82-kilowatt-hour battery that’s good to provide 201 horsepower. In this case, those Method wheels will be shod in 255/70R18 Yokohama Geolandars that just fit in the arches thanks to what VW calls “rally-style coil-over struts.” I’ve gotta say, it looks pretty nice. 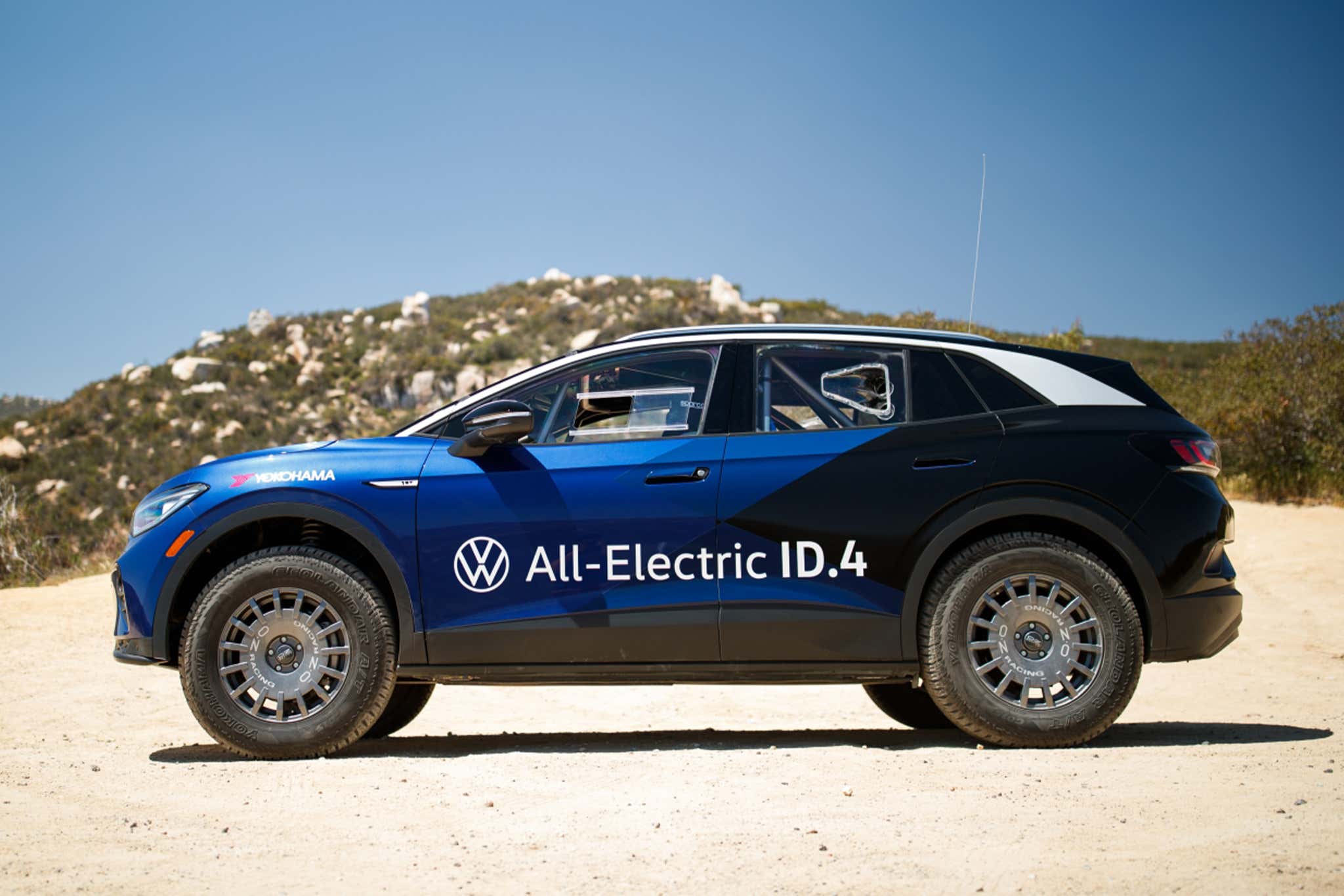 There’s more done to the suspension, like tubular lower control arms in the front and boxed lower rear links. The electric powertrain’s radiator has also been raised while touting improved cooling capacity, which is kind of key given the high 80s and low 90-degree temperatures that are forecasted in Baja California. To protect all this from the rocky terrain, Millen and Foust have fitted skid plates made of 3/8-inch steel.

The VW team will carry with it a 50kW generator powered by biofuel to recharge along the torturous 1,141-mile route. Nearly 900 miles of that will be off the pavement; sadly for Foust and Hall, they won’t have any relief from air conditioning because the car’s been stripped of its HVAC system. This will help make the most of each charge, as will regenerative braking.

A Beetle-based Meyers Manx buggy actually won the inaugural NORRA Mexican 1000 back in 1967. Racing has changed a lot since then, and the ID.4 will be the first production-based EV to enter the event that runs April 25-29. 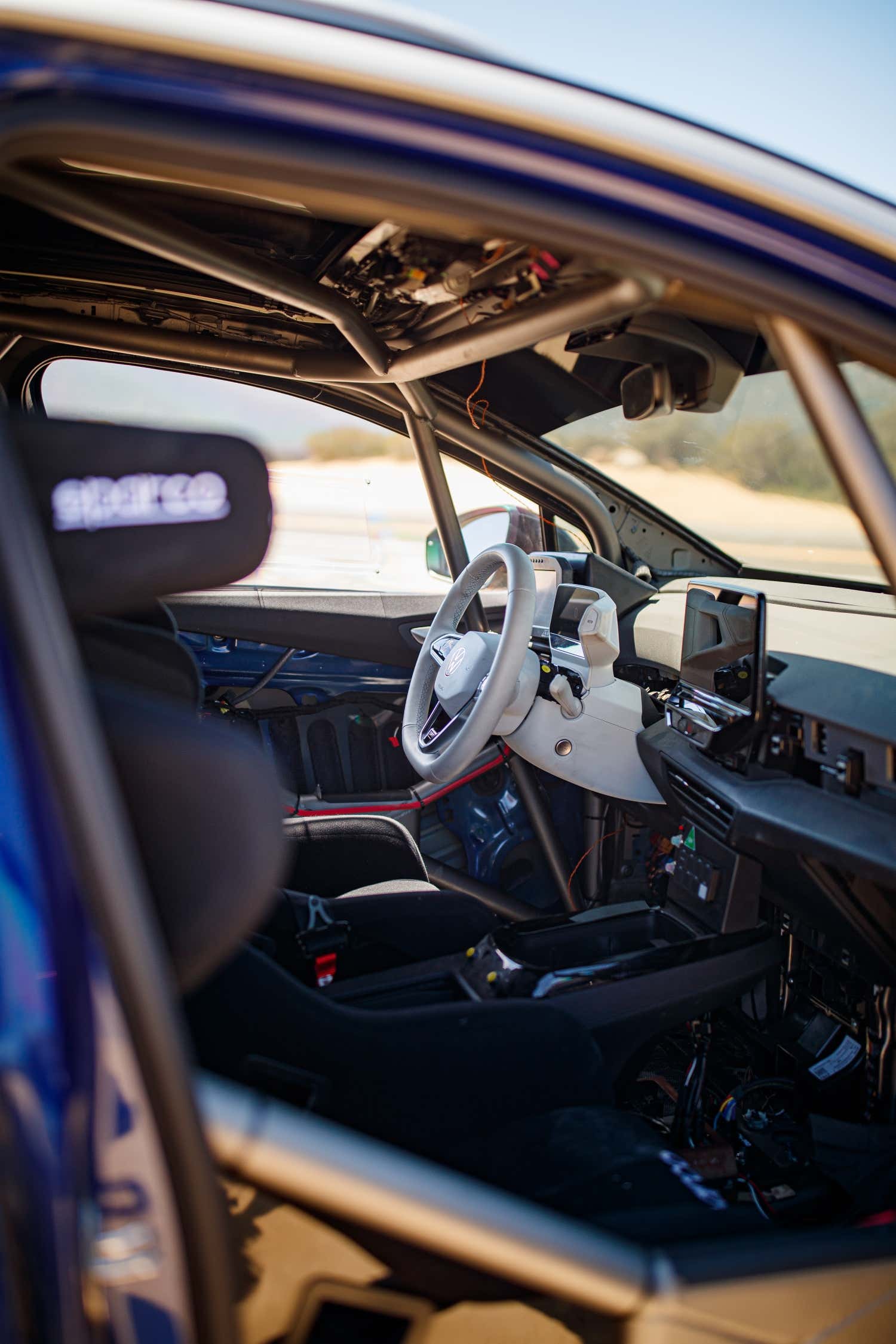 Got a question or tip for the author? Contact them directly: [email protected]