Some 17 years ago, Jay Leno was so fascinated by the Porsche Carrera GT’s compact and lightweight twin-plate ceramic dry clutch that he ordered the car that came with it in GT Silver Metallic, Terracotta interior, and iconic balsa wood shifter knob. No regrets on that front, of course, given that the GT became Porsche’s last analog supercar—something he discusses on a recent episode of Jay Leon’s Garage.

The GT was built on a carbon-fiber monocoque with a custom six-speed manual and a 5.7-liter naturally aspirated V10 producing 603 horsepower and 435 pound-feet of torque, the thing redlined somewhere around 8,200 rpm and made an incredible sound in the process.

Later on, Leno also made the car famous after sending Porsche’s black example at Talladega Superspeedway into a seemingly endless spin, having made the mistake of lifting the throttle ever so slightly at over 190 miles per hour. However, Leno also managed not to crash into anything, which meant all Porsche’s halo car needed afterward was a fresh set of Michelin Pilot Super Sport tires.

One should just always keep in mind that the Carrera GT is the result of a canceled motorsport project, and with no traction control in sight, it shall be driven as such. It’s no surprise that another famous GT fan we know of is Horacio Pagani, who also owns a 918 Spyder. 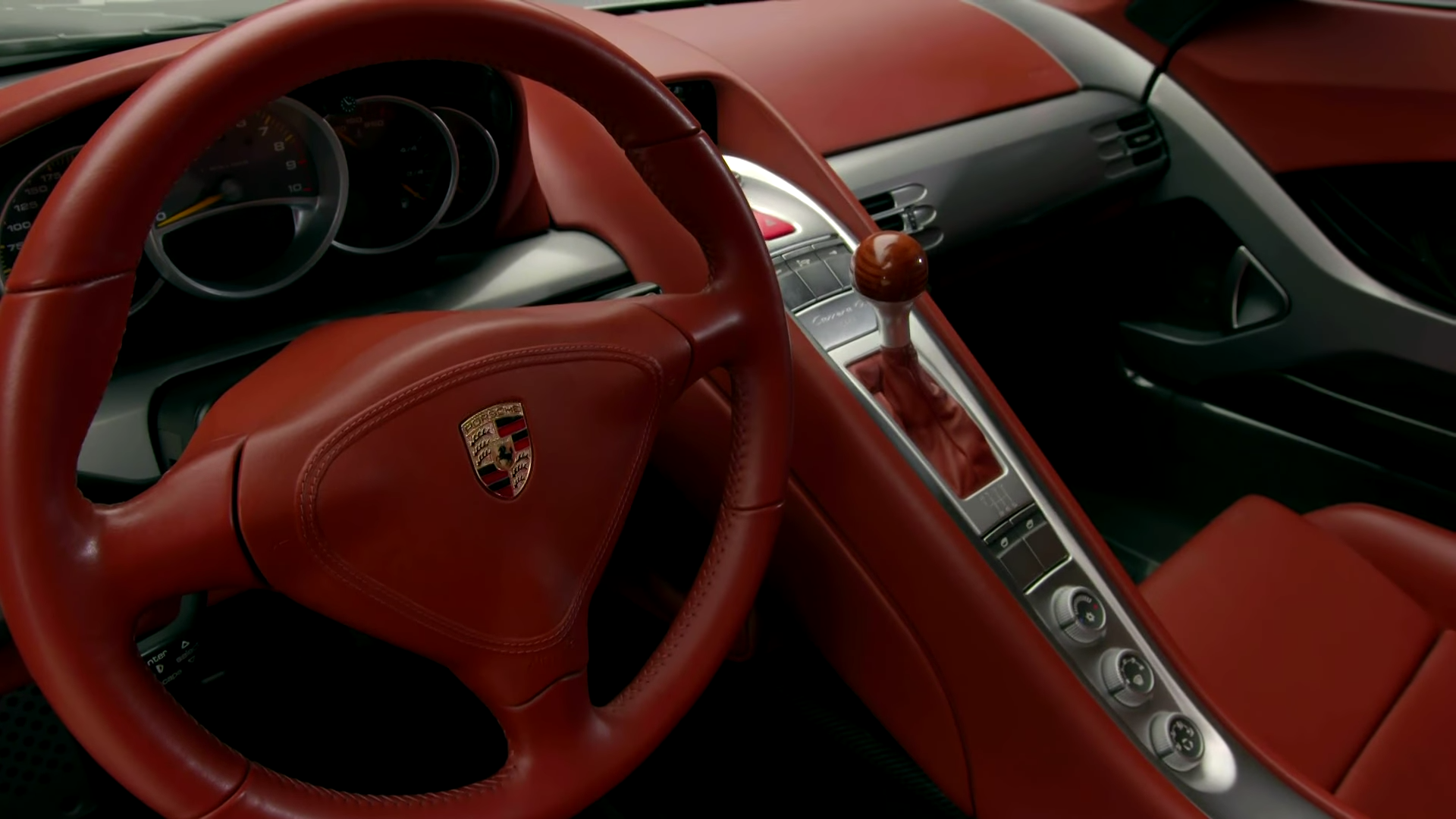 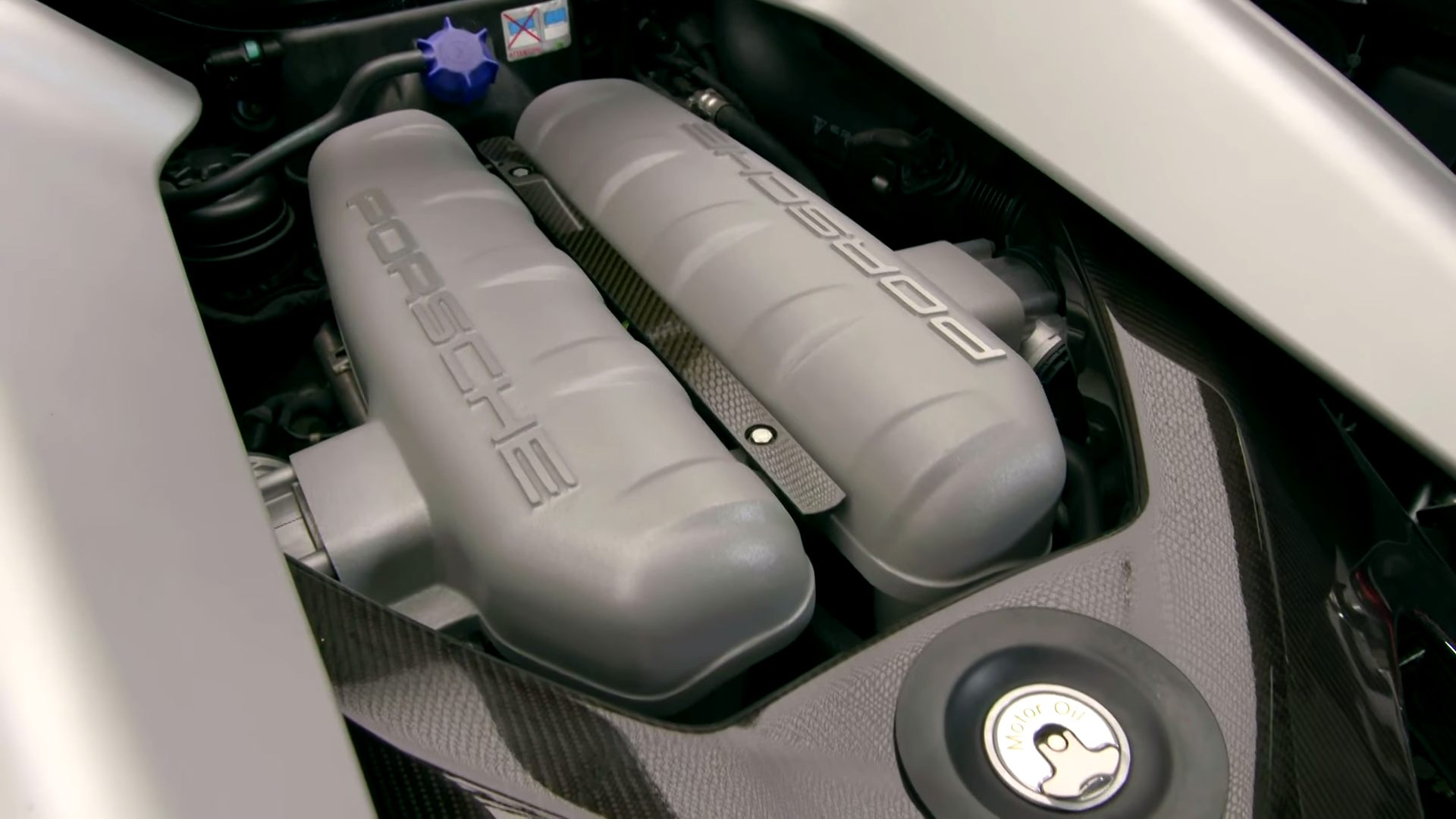 Using the V10 originating from the canceled Porsche LMP2000 program based on a Lola chassis and 3.5-liter F1 engine of 1992’s vintage, the Carrera GT is a tribute to Porsche’s racing cars that weighs considerably less than a 2021 911 GT3. From the factory, it’s just 3.9 inches off the ground and rolls on 19- and 20-inch forged magnesium centerlock wheels packing six-piston alloy monobloc calipers and carbon-ceramic brake rotors. Being a road car and all, the Carrera GT offers no cargo room either should you pack its roof in the frunk, yet its regular doors do feature a fancy leather bag in a hidden compartment.

What really sets the Carrera GT apart from most supercars and every Porsche out there is the sound that only a 10-cylinder engine matched to a perfectly tuned exhaust system can provide. Built to the usual Porsche standards and still very quick by any modern measure, the Carrera GT generates all the emotion a mid-engined troublemaker should. That’s why despite 1,270 units being produced, a good Carrera GT will cost close to a million dollars these days.

Texas DoT Reminds Residents Not To Walk On Snow-Covered Highways