If you’ve never seen or heard a runaway diesel engine, know that it’s violent and, more often than not, dangerous. It’s something you should pray never happens to you, but some people are wild enough to grenade them on purpose—usually in a stationary truck or with the engine pulled completely out. One YouTuber took the former approach with an old-school Detroit Diesel and as you’d expect, the aftermath is pretty nasty.

The guy behind KT3406E, a goofy YouTube channel that exists to pull crazy stunts so we don’t have to, has the equipment and the time to test this out for himself. Late last year, he took a ’70s model GMC semi with an 8V71 Detroit and let it rip with its injector racks stuck—more like tied—wide open. In turn, it fed fuel into the engine until it floated its valves after eight minutes at 4,500 rpm, which is way higher than these compression-ignition lumps were ever meant to rev.

Something tells me the Detroit probably had plenty of life left in it. No matter; this is the internet where people do what they want with what they have.

A few fireballs and a metric ton of black smoke later, it gave up the ghost and was ready to be dissected. 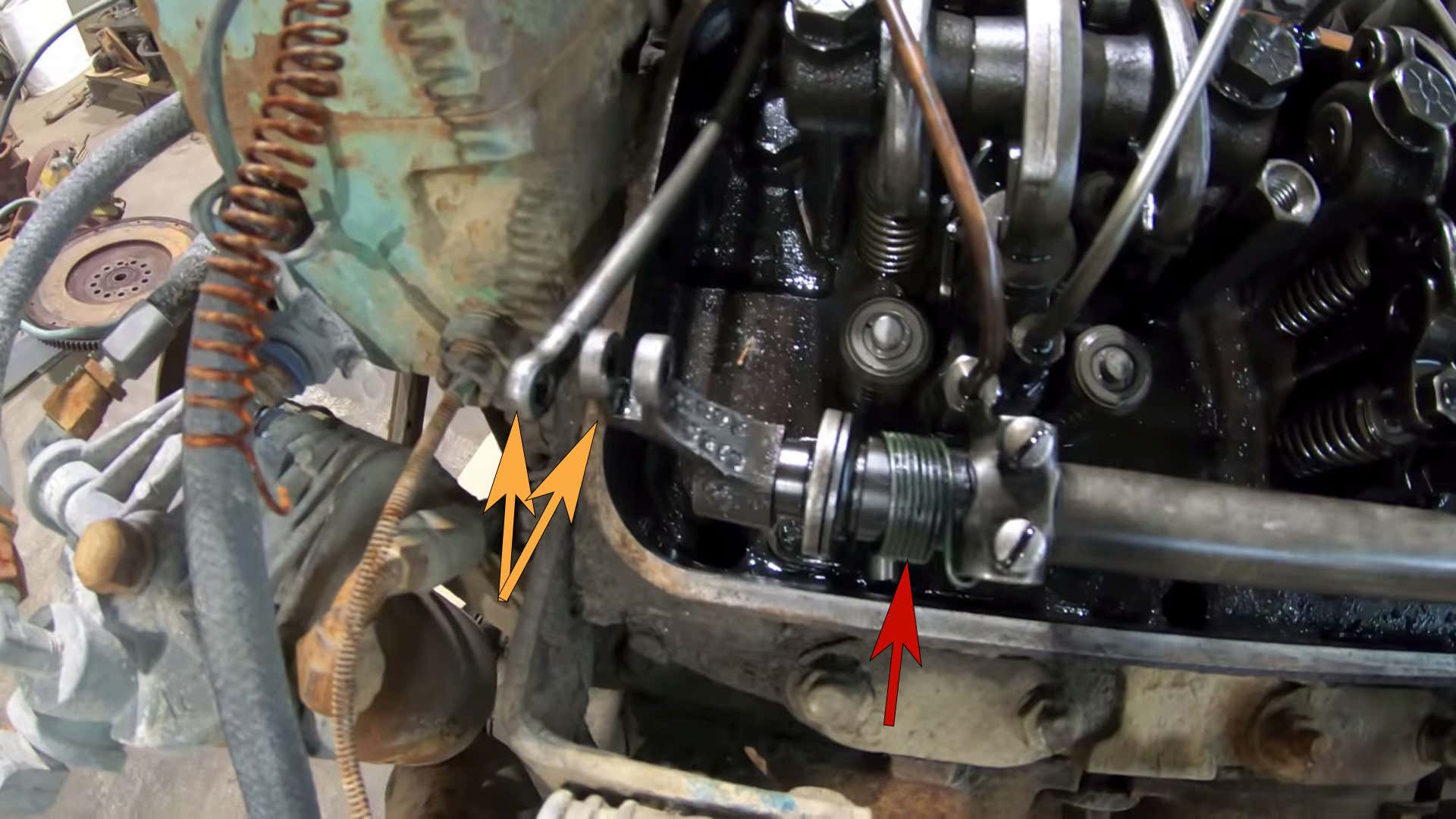 The two components with orange arrows pointed toward them should be connected, while the red arrow shows the baling wire that was used to tie the injector rack open.

With pistons large enough to fit cylinders measuring 71 cubic inches of displacement each, there was plenty of rotating mass to induce some carnage. By peeling off the valve covers, you can see the fuel injector rack—which normally modulates throttle input via the governor through a series of linkages and shafts—was modified to force a runaway. The most obvious damage, though, is underneath all of that.

With the head removed, it’s clear to see that a few of the valves had given up the ghost, as had a piston. The cylinders were scarred and it looks like there was even some melting in one after the piston failed. 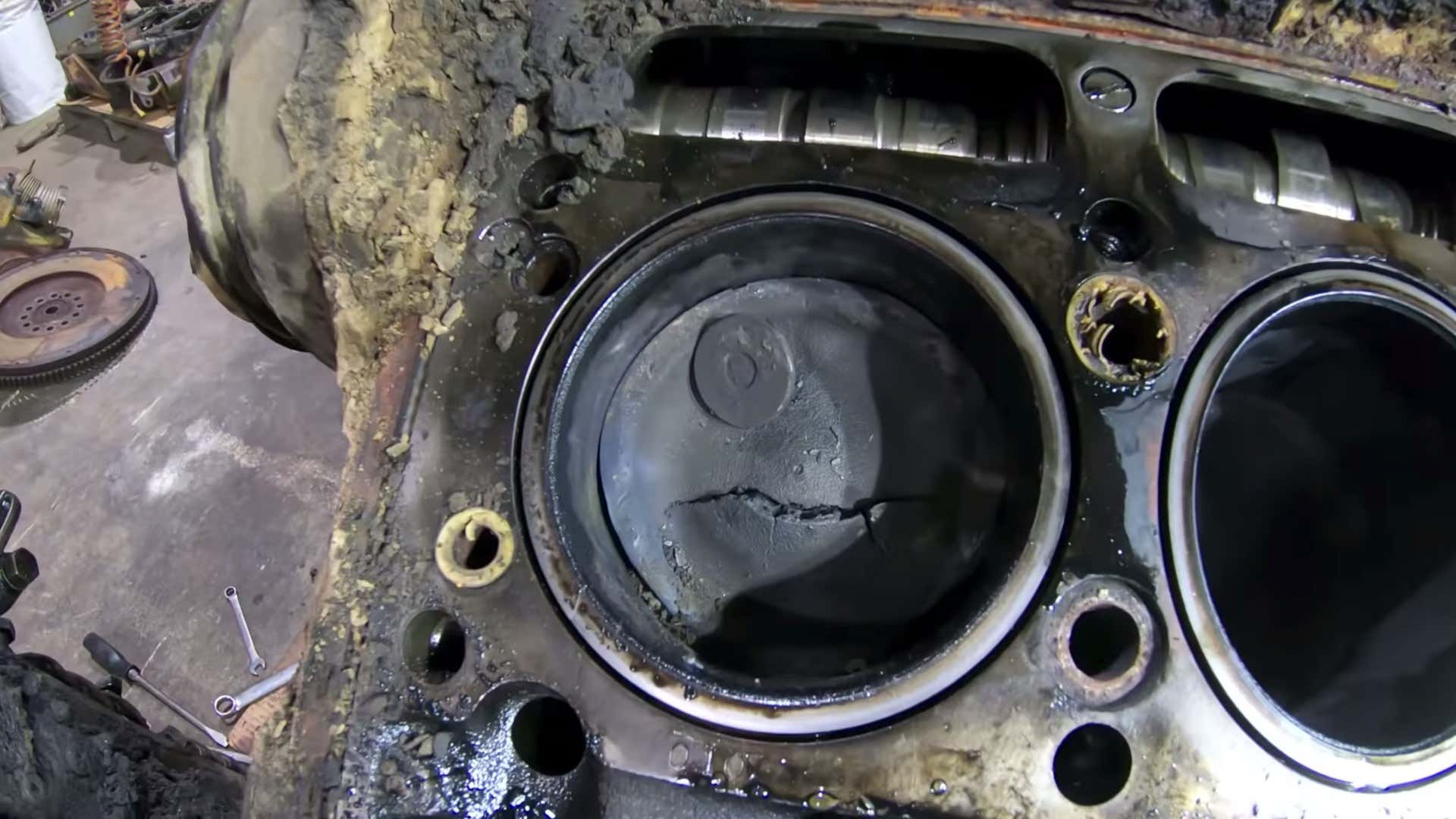 This being a diesel engine, it’s crucial to have high compression. Additionally, given the two-stroke operation, air must be forced through ports into the combustion chamber for induction via a roots-style blower and then out for exhaust in the following cycle. A cracked piston isn’t going to help anything, and neither are sheered and broken valves. 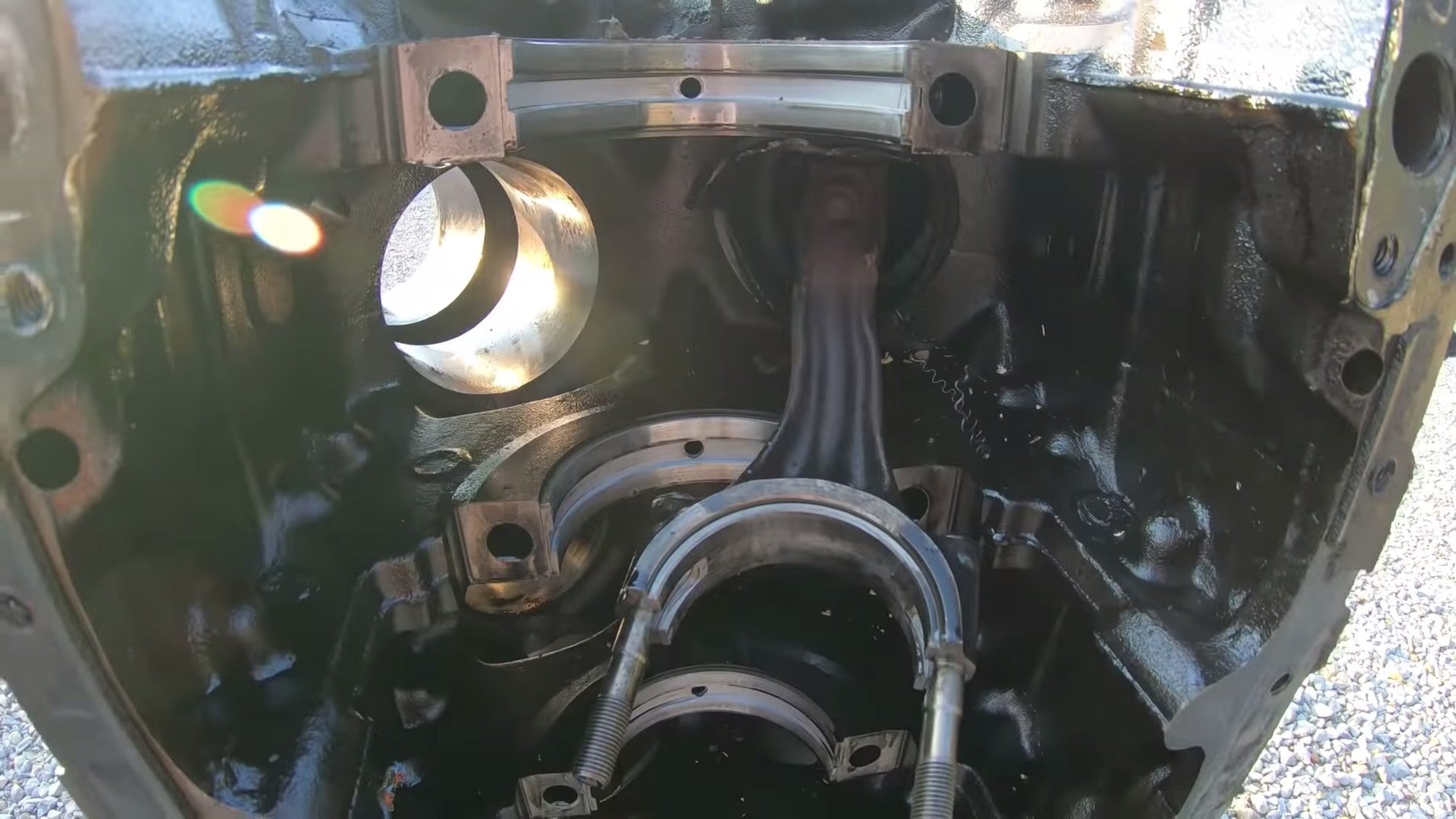 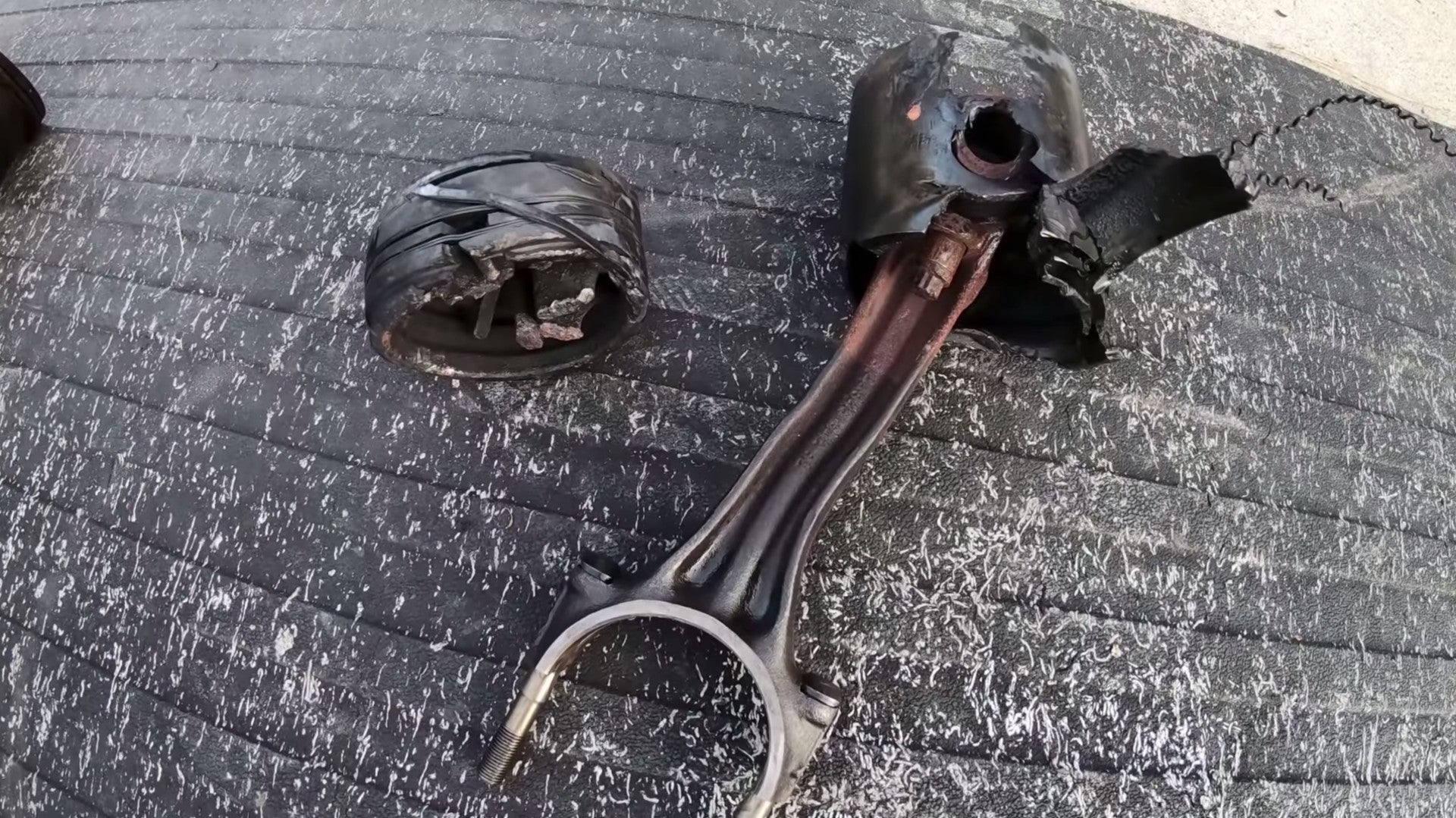 Amazingly, the crankshaft seemed no worse for wear and seven of the eight pistons were in OK shape. The connecting rod for the piston in question was rather, um, wavy while the crown and skirt were skee-rewed completely. Pieces of it were found in the valley between the cylinder banks as well as the oil pan.

Even though this isn’t a realistic scenario, engines can experience similar demolition while going down the road. Old and worn-down parts make them more prone to running away, such as when worn turbo seals leak oil into the combustion chamber and it ignites, causing a positive feedback loop that drives the engine far above redline. The most reliable techniques to shut them down include starving the engine of fuel or air so combustion can’t take place.

Regardless, you don’t want to be within 100 feet of one when it goes down or else you might get a piece of shrapnel lodged somewhere not so nice.