Home » Auto News » Targeted fuel subsidy expected to be included in revised Budget 2023 set to be tabled on February 24 – paultan.org 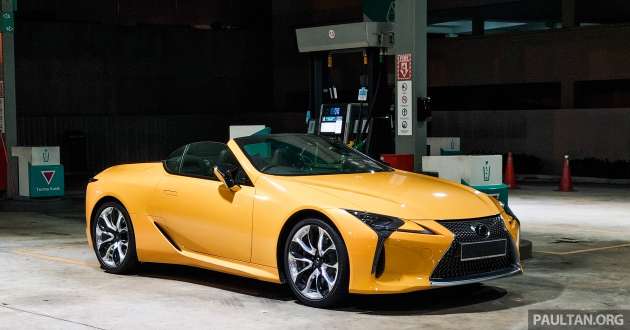 According to a report by The Edge, a targeted fuel subsidy is expected to be included in the revised Budget 2023, which will be tabled in the Dewan Rakyat next month on February 24 by finance minister and prime minister Datuk Seri Anwar Ibrahim.

The matter of targeted subsidies has been brought up on numerous occasions over the years. Last November, Anwar revealed that relevant government ministries have been given time to explore the impact of such a move.

RHB Research group chief economist and head of market research Sailesh K Jha told the publication that Malaysia is predicted to maintain a strong business cycle and see a decrease in core consumer price index (CPI) inflation in the first half of this year. Additionally, commodity prices are expected to remain steady in 1H2023 as the global economy slows.

“Our view is that the re-opening of China is unlikely to have a significant impact on economic activity in the giant economy and global growth in 1H2023, the timing is appropriate for a reduction in fuel subsidies to be announced on February 24,” he said.

On another finance-related note, RHB Research is keeping to its view that the overnight policy rate (OPR) will peak at between 3.0-3.5% in 2023, with the balance of risks at 3-3.25%. “The uncertainty around our OPR forecasts stems from the timing, quantum, and scope of the targeted fuel price adjustment,” Sailesh expalined.

Ferrari Shows Off New Logo to Celebrate 75th Anniversary in 2022