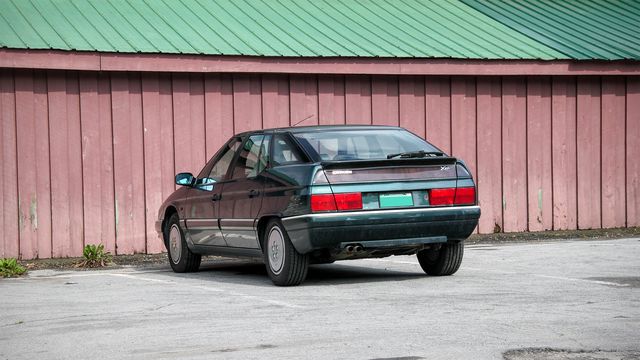 Citroën left the US at the start of the 1970s, with the SM being the last model officially sold here. In the heyday of gray market imports, however, it wasn’t the last large Citroën to make it stateside. Many examples of the long-lived CX flagship found their way to these shores until production ended by the late 1980s, after which CXA Automotive of New Jersey began importing the new XM spaceship, both sedans and station wagons.

Large luxury sedans tended to do well in America in the 1980s, and German sedans of the time were flying off shelves. Why not a Citroën?

There are a few asterisks to this story. CXA Automotive brought in just two dozen sedans and a couple of station wagons, going through some effort to make them US compliant just as the door on private imports was rapidly closing. This period was also a different time for French cars in the US as a whole, with Peugeot offering the 505 and 405 stateside, while the Renault Medallion and Eagle Premier were also on sale, as Eagle models inherited by Chrysler from AMC.

All this meant the XM was the fifth best-selling French sedan offered in the US at the time.

What did the XM offer? For starters, the sedan imported here were specced with the top 3.0-liter V6 engines, making the 168-hp sedan a plush and reasonably powerful highway cruiser with plenty of interior space. The XM picked up the baton from the similarly luxurious but by no means large CX hatchback sedan that debuted back in the 1970s, making for a long stretch by the time Citroën’s flagship saw a redesign. The XM was a technological tour de force, pairing the automaker’s hydropneumatic suspension with a comfortable cabin and plenty of buttons to push, even if it wasn’t exactly a sharp-handling sports sedan. Rather, despite the fact that it could soak up bumps with that world-famous suspension, the XM preferred interstates over winding roads. 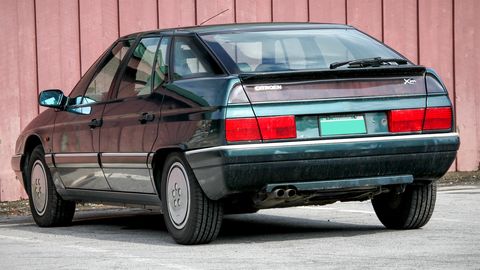 In Europe, the XM was often tested against other big sedans of the time, including the W140 Mercedes-Benz S-Class, E32 BMW 7-Series, the D1 Audi V8, Saab 9000, Rover 800, Alfa Romeo 164, Volvo 940, and Jaguar XJ, as well as the XM’s own Peugeot 605, not available stateside despite Peugeot’s continued presence here. The reality was that the XM, despite sharing mechanicals with the capable but unremarkable 605, was certainly the contrarian choice of the bunch—nor was it cross-shopped with the Germans all that much. In fact, a lot of XM sales predictably stayed in France, with the pricey Citroën being too wild even for a lot of neighboring countries. In top V6 spec, and once it was federalized, the price of the XM stateside was on par with the S-Class, making it an even pricier and even more contrarian choice than it would have been in western Europe.

These days, you’re not all that likely to spot an XM in traffic. But if you see one, act cool and give it a Gallic shrug. And then go buy a lottery ticket immediately, because it’s your lucky day.

Have you seen any Citroën in traffic? Let us know in the comments below.