Retrieving stolen cars is tough today, and it was even harder before the popularization of smartphones. There was rarely any closure, any way to know if your pride and joy had been stripped for parts or shipped abroad. Fortunately for the owner of a 1969 Chevrolet Camaro stolen in 2003, the thief didn’t just keep the car stateside; they passed it on to new owners who wound up putting money into the classic Camaro.

Tommy Cook purchased his California-built, Hugger Orange 1969 Camaro in Arizona in 2001, and had it trailered to him out in Virginia according to The Free Lance-Star. After sitting for some time without an engine in the lot of his Woodbridge, Virginia shop, the Camaro was reportedly stolen in September 2003. Cook filed a police report and annually renewed it, though he neither saw nor heard anything of the Camaro until a chance encounter toward the end of 2020. 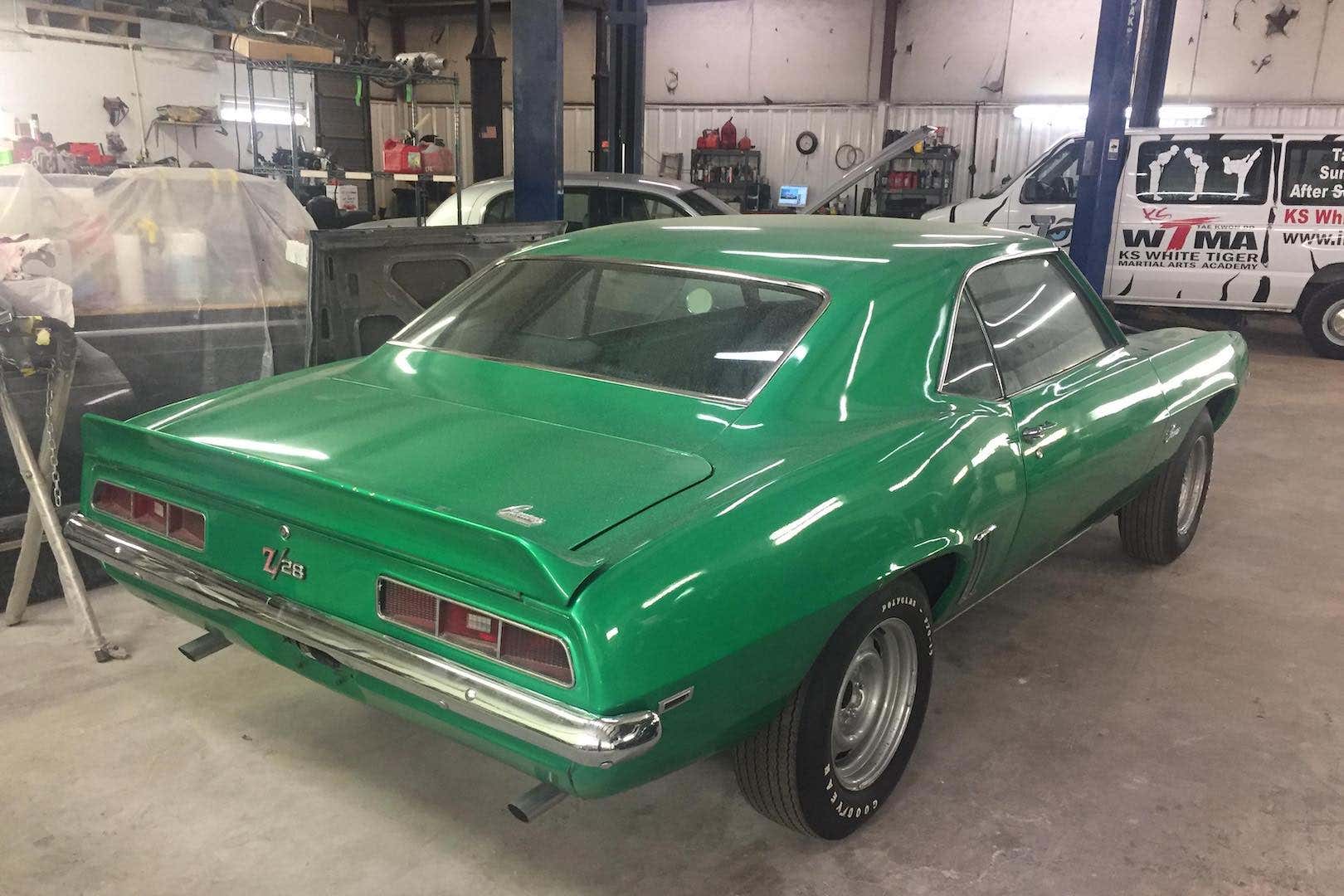 Late last year, one of Cook’s friends enlisted him to check out a listing for a blue ’68 located south of the capital in La Plata, Maryland. On arrival, Cook noticed a hoodless, hastily painted green 1969 Camaro in the corner of the owner’s garage.

“I thought to myself, maybe someone’s trying to hide a stolen car,” Cook told The Free Lance-Star.

The owner reportedly told Cook the Camaro had originally been painted Hugger Orange and was previously a California car, though its dash VIN didn’t reflect that—it suggested a Norwood, Ohio origin. Unlike Cook’s car, this Camaro featured a 350-cubic-inch small-block V8, though Cook couldn’t help but notice in the car’s interior that there were brackets for a folding back seat, a rare option his stolen Camaro had.

“So now, we’ve got an orange car, we got a California car, we’ve got a car with a hinky VIN number on it,” Cook said. “I was beginning to think, this is looking a lot like my car.”

Before departing, Cook checked the VIN under the cowl screen, which despite being obscured with an unknown material was reportedly legible enough to obviously not match the dash VIN. It denoted a California car, and had a readable serial, which Cook compared to that of his stolen car that night—and found a match. Cook notified police but organized to buy the ’68 before authorities seized his stolen Camaro.

“[The seller] was cooperative and there were no problems,” Cook told The Free Lance-Star. “He’s an innocent victim; he bought the car from somebody. He didn’t mean anybody any ill will.”

Cook has reportedly since learned that the Camaro changed hands four times over the last 17 years. Though that could make identifying the original thief difficult, Cook was plenty happy to just have his car back.

“I never wrote that car off. I knew there would be a day and a time when I would get that car back,” concluded Cook. “I didn’t know where, but I knew it was out there somewhere.”

All speculations about current Maruti Jimny are rubbish