This is an account of how I encountered a weird issue with fuel indication on my 2007 Suzuki Grand Vitara, and the approach that I adopted to solve it.

BHPian vigsom recently shared this with other enthusiasts.

This is an account of how I encountered a weird issue with fuel indication on my 2007 Suzuki Grand Vitara, and the approach that I adopted to solve it. From whatever I’ve seen, there is no documented evidence of this weird behaviour of a fuel gauge anywhere on the net. The experience shared here would, hopefully, be the first one of sorts. Owners of all cars with single or dual fuel gauges can benefit from this experience.

The issue eventually turned out to be just one of loss of continuity, but the time taken to get to the issue was quite long. Although unscientific, I would still add that sometimes solutions don’t pop up when one wants them to. There is a time for everything to happen.

I’ve been holding a 2007 Suzuki Grand Vitara AT for close to 7 years now. Of all the cars I’ve owned so far, this is the one I’ve held for the longest time; plus I’m the owner that has held this particular car for the longest time. That is purely because the car has:

Yes, this car has also seen uncommon issues eg. a torque converter clutch input cable getting clipped by mice, ABS hydraulic unit leak, which have been documented in moderator Samurai’s thread on the Grand Vitara:

Weird behaviour of the fuel gauge

I’d left the car shutdown for two months and had mothballed the car adequately. When I returned, I performed the following visual inspection:

The battery was left disconnected and post-return, I found the voltage quite good at 12.4V, not 100% charge, but still good enough to start the car. I connected the battery, performed a throttle body calibration (ignition on – pedal down – few seconds – ignition off – few seconds – pedal up – wait 2 mins – start the car) and she fired up without a fuss. However, when the ignition was turned on, I noticed that the fuel gauge rose only upto E and the low fuel warning light lit up.

I knew that the fuel level was at approx. 30% before the car was mothballed so there was no reason for this indication to go low, and then out. I filled up fuel for some INR 1,500 but the behaviour persisted. 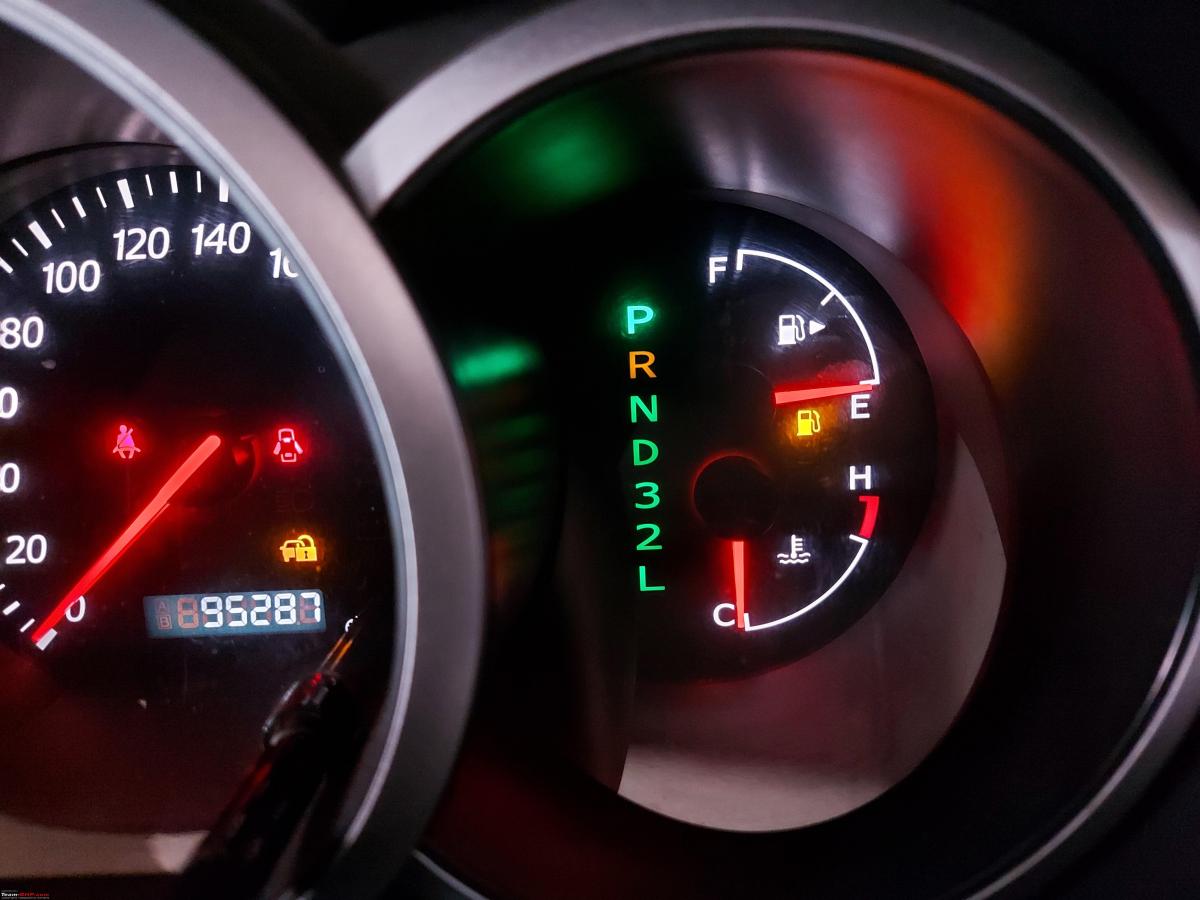 The first thing I did after encountering this issue was to refer to the relevant wiring diagram in the service manual. Here are some relevant pages from there. I then embarked on tracing the entire wiring for the fuel gauges from ECM coupler E23 pin #24 all the way to sub-fuel gauge coupler R03, and wanted to focus more on bits on the outside of the car, since these were the vulnerable points to rat attacks.

All wiring was observed intact.

Coupler E80 – L01 at the top of the BCM just above the accelerator pedal: Wiring bunch leading to coupler L15 – this is behind the rear right quarter panel. Access to this part is possible by opening the right side plastic panel just below the parcel shelf. The yellow-red wire goes to the main fuel gauge: Shots of the fuel tank top: The fuel tank on the Grand Vitara is kidney shaped since the rear propeller shaft runs under it. There is no access to the fuel gauge from under the rear seat. I understand that except Maruti and Suzuki, all manufacturers provide access to the fuel pump top from under the rear seat. Removing the fuel tank for inspecting these two couplers was going to be painstaking, and hence I looked at this option only after eliminating all other possible faults. In the engine bay

I then moved to the engine bay and traced the wiring from the firewall all the way to ECM coupler E23 and found everything intact. 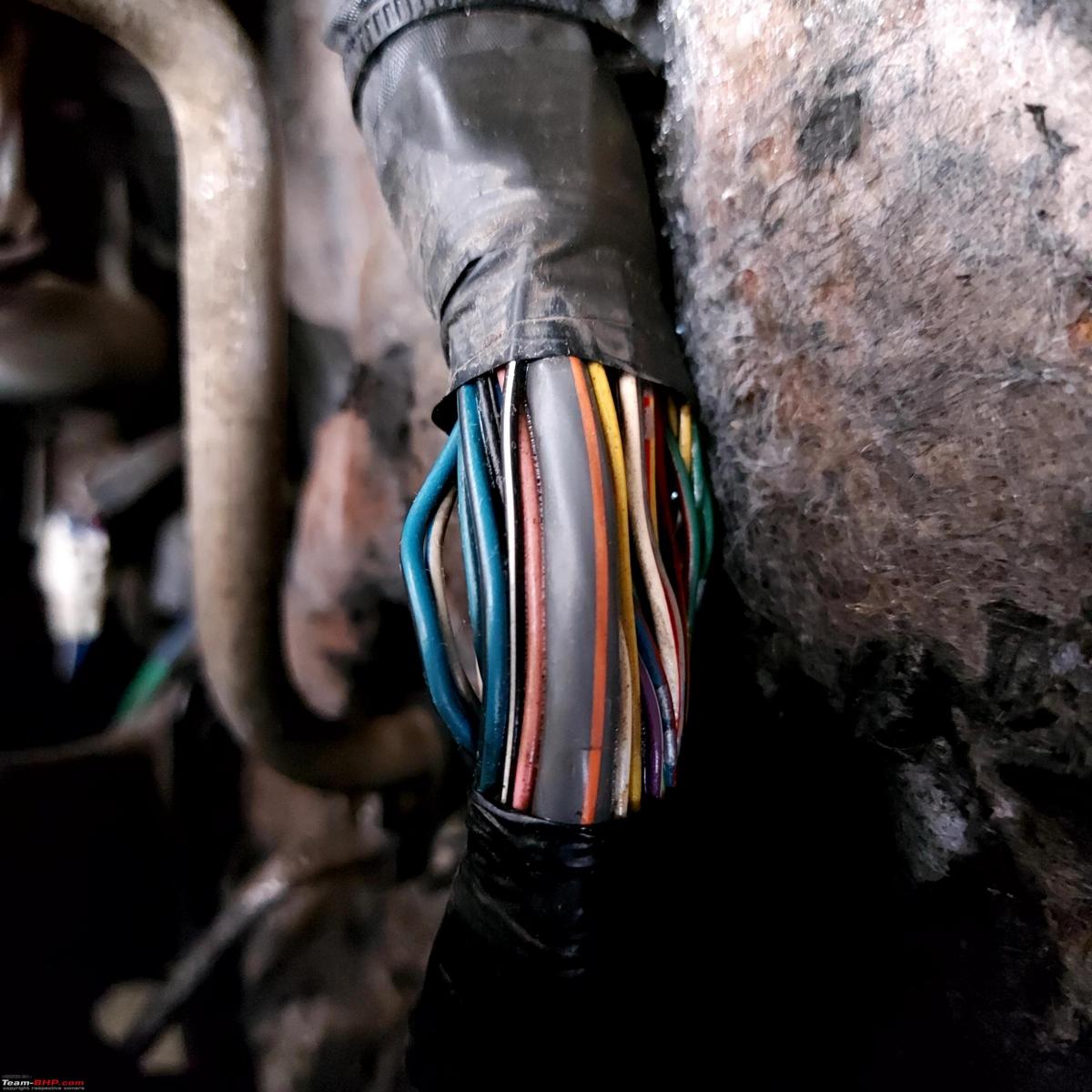 Wiring between frame and firewall: Wiring harness below battery base plate: Most technicians that I’ve known suspected the fuel sensors in the tank, but my old electrician, Jayeshbhai from Navsari, didn’t doubt the fuel sensors since he had an experience with an Ertiga where the owner brought the car and the fuel sensor to him for fuel sensor replacement, but the issue turned out to be with the Body Control Module (BCM).

Continue reading more on the issue and fix and BHPian comments for more insights and information.

Kuala Lumpur to be placed under MCO from May 7-20 – paultan.org