I also continued preparing the 1986 Alfa Romeo Spider for our tour.

Today was the day Jack and I were going to replace the AC condenser on my wife’s Ford Fiesta. Unfortunately, something else came up for Jack, so we had to reschedule for the end of next week.

Luckily, I have got another little project some of you might find interesting. Between my wife, our 7-8 cars and me, we also have four TomTom GPS navigation devices. Truth be told, two are really old. And two are pretty up to date devices that we tend to take with us, in different vehicles. I don’t care what they say, but I have yet to meet an inbuilt navigation system or a smart phone that can match a well set up TomTom.

My wife has a 5” model 5100 and I have the 6” slightly modern version that also allows you to update maps and other stuff via WiFi. If you ever wonder which size you want, stick to the 5”. With hindsight the 6’ is a little too large for my liking.

These are the models that still have a built-in SIM card. So you don’t need to connect via your phone. TomTom new models don’t do the built-in SIM anymore. I guess it saves them money on the chips, but also on having to negotiate charges and roaming charges with all the operators. Initially, TomTom used the so-called GPRS technique on Vodafone network to provide the data to the devices. I know, at the time I was responsible for Vodafone and we helped them with some software changes in our network software. My team and I were also part of their B-testers for their Traffic Information. Since, that function has become really good I find. I am not sure, but I am pretty sure these days they get a lot more traffic information than just from mobile devices out there. The traffic information on delays, queues, road closures is very accurate. However, 2G networks are being decommissioned and so in some parts of Europe, this particular feature might work less well.

Even so, the big problem with my wife’s TomTom was the battery was on its last leg. And when that happens, it starts behaving very wonky. Switches off and on randomly. The little car charges provided by TomTom are a little underpowered. It hardly charges the TomTom, barely keeps up.

So I ordered a new TomTom battery. Well, a third party battery for our TomTom. TomTom doesn’t sell you spare batteries! It’s detrimental to their business model of getting you to buy a new model every two/three years.

On the site where I ordered they also suggested a small special tool kit, which looked useful. So I ordered that too.

First thing is to take two tiny bolts out of the bottom. Then very gently pry around the circumference of the device with the special spatulas from the tool kit. Gently does it! Eventually I managed to separate the two halves. You need to undo the main flat cable and a tiny connector as well. You can see here the SIM (on the top of the white thingy) and also the additional memory (red/grey thingy) I installed. You need to remove five tiny bolts to separate the main PCB from the housing, the battery connector and a tiny speaker connector.

Here is the offending part! It was stuck down with very sticky tape. 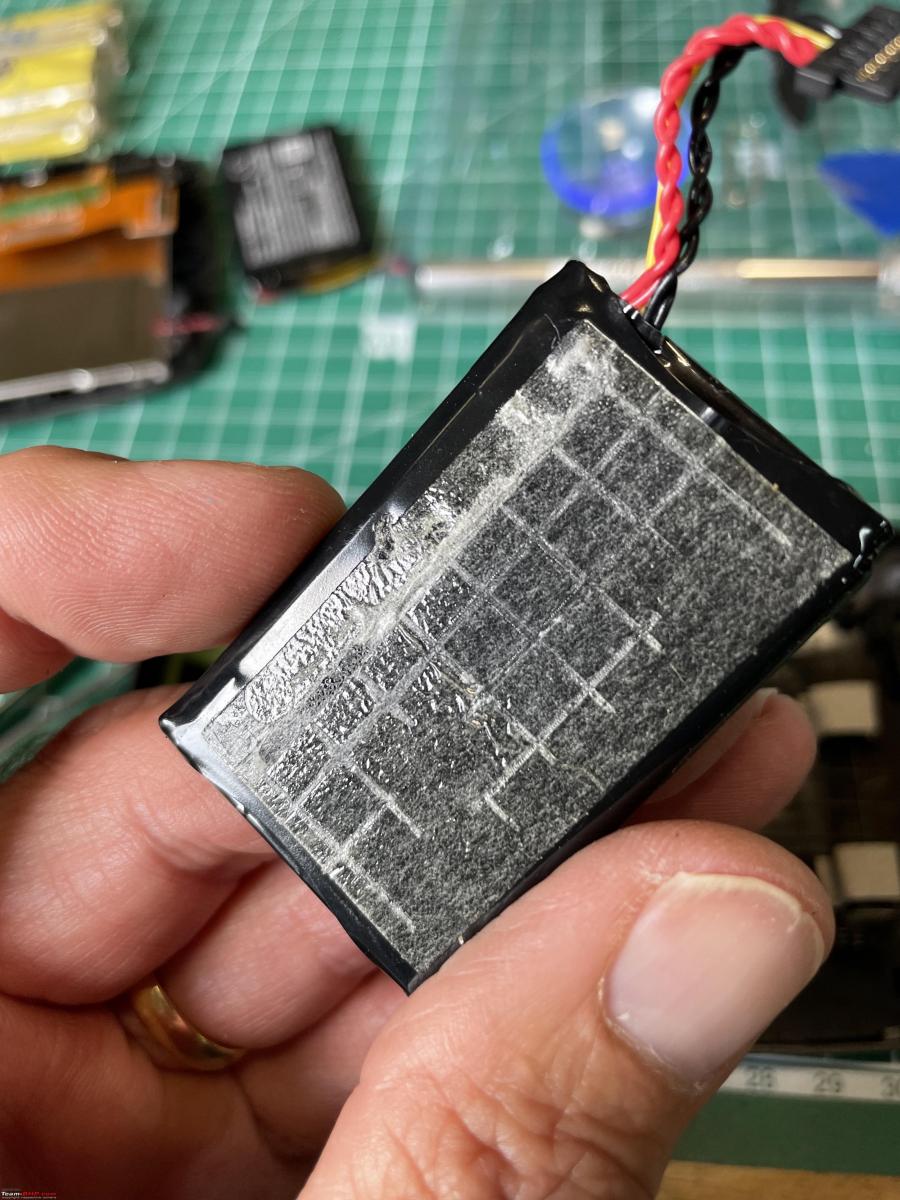 I test fitted the new battery. Did not fit well, as the wiring was slightly different from the original. Just clipped off a few bits on the housing that held the battery in place. 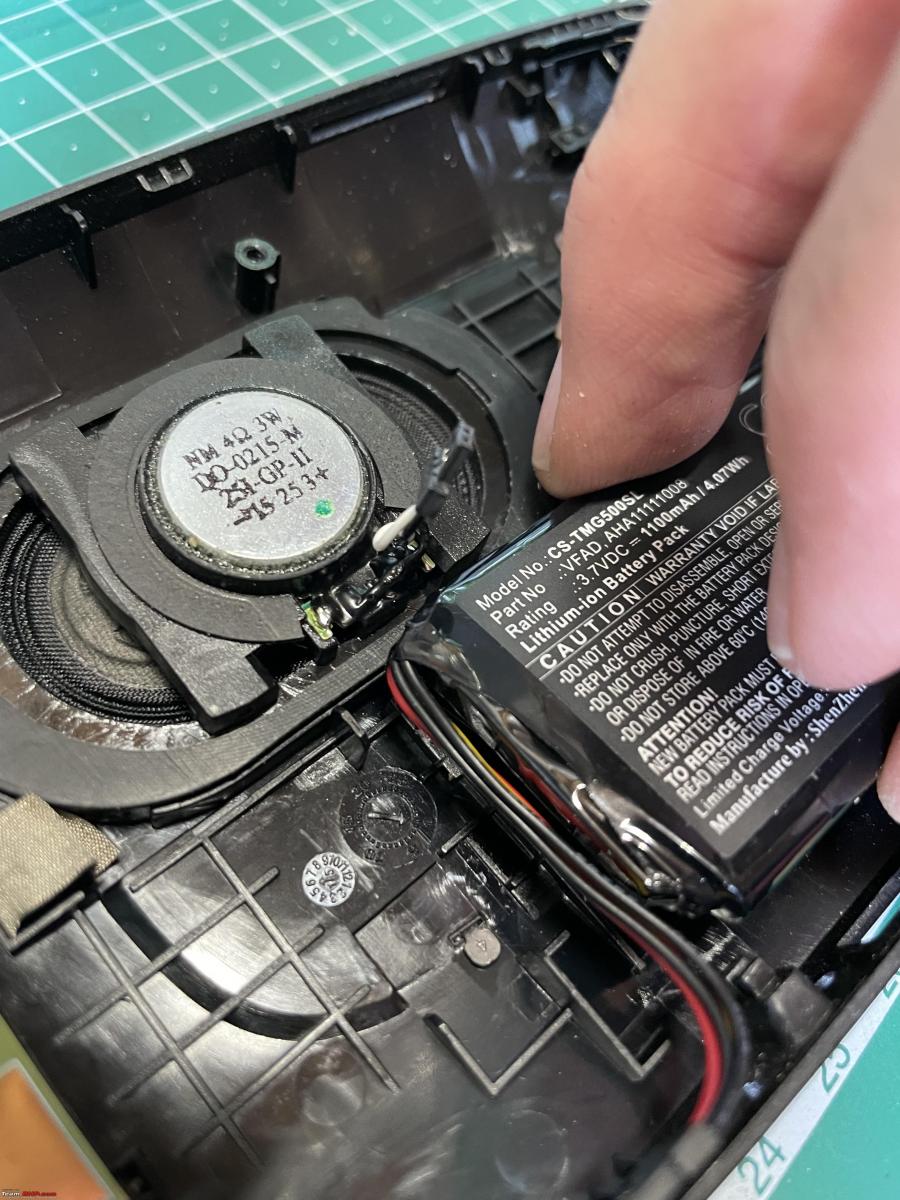 The main flat cable can only be installed holding the two halves together and leaving a little gap. Just press it down. All of these tiny tiny connectors will only fit one way, the correct way. Never use force, if/when correctly positioned they will slide in smoothly. When separating the two halves of the housing and pressing them back again, you need to be very gently. The screen will crack when twisted! Managed to get it all back together. Fitted the two small screws in the bottom and job done.

Power on, and the TomTom rebooted immediately! 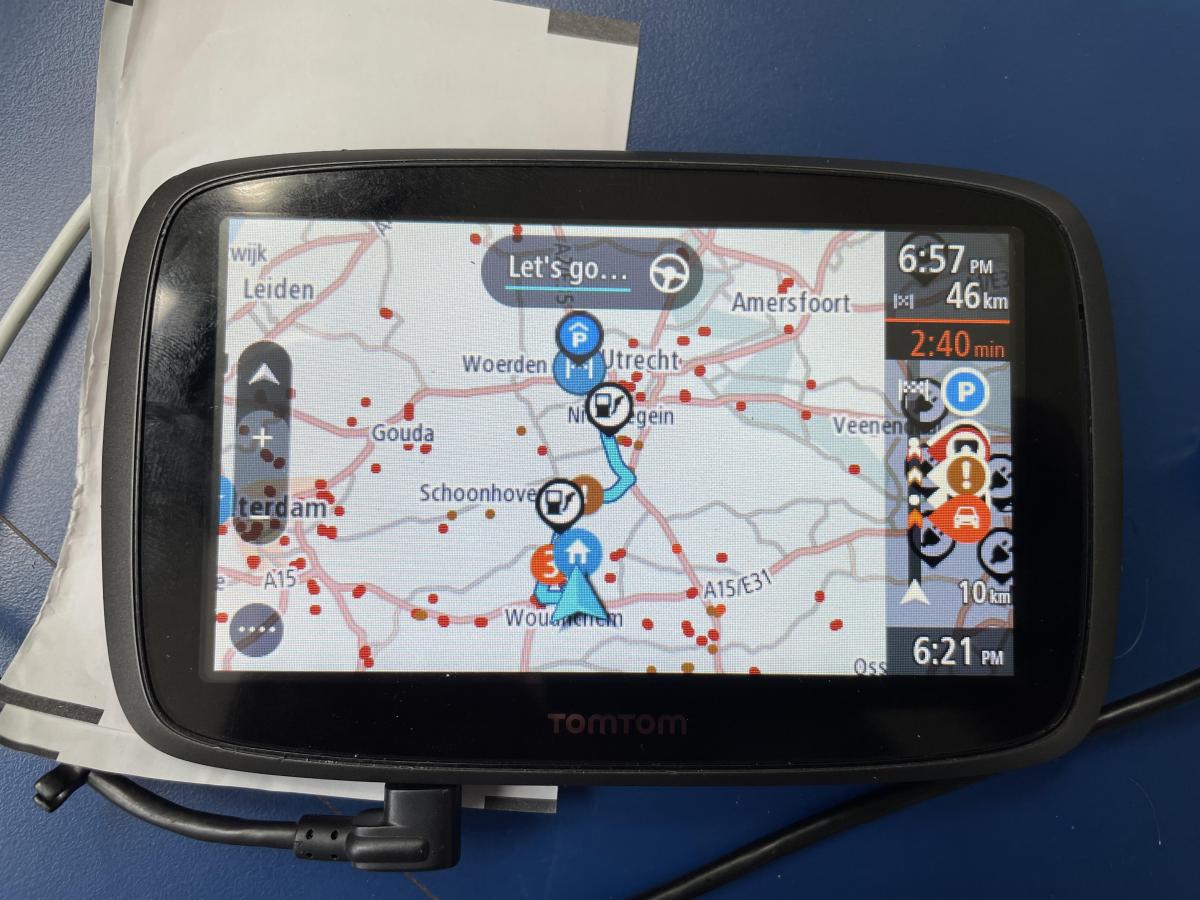 Very happy with that. I am charging it for a couple of hours with a regular charger. Looks like a job well done.

If you would like to replace the battery on a TomTom, or any other device for that matter, always check Youtube, just search for (device name) battery replacement. Usually there are dozens of videos out there.

I also continued preparing the Spider for our tour. This means repacking tools, parts and various other bits. In the boot of my Spider, there is a sort of secret hiding place. It’s where the jack is kept, and some bits and pieces of the emission system. But there is room to put all sorts of bits in. I will be taking the usual towing rope, with chain and shackles. Some bottles of water (primarily to wash hands off, after a dirty job) 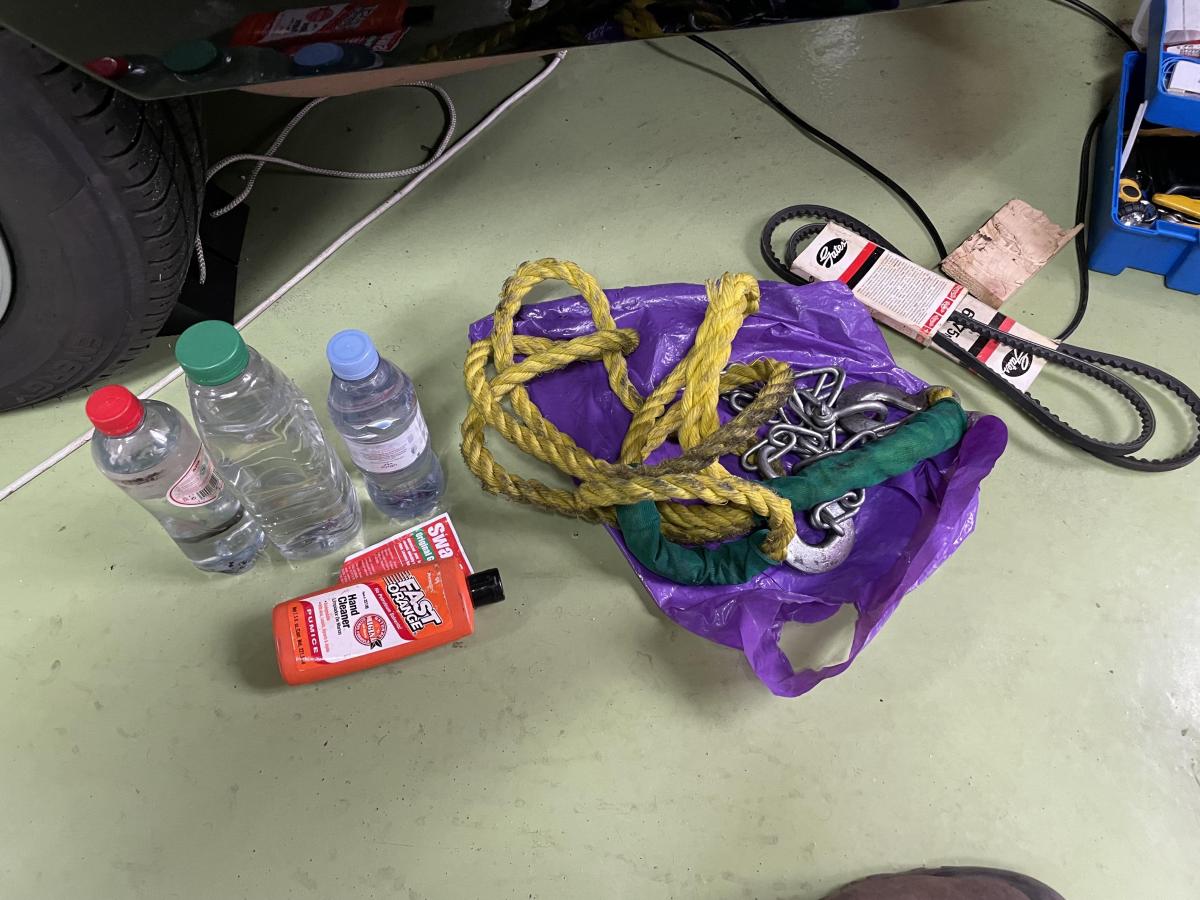 Spanner mate Peter will bring some more and different tools, a hydraulic bottle jack and some fluids. While I type this I realise I forgot to add the EasyBleed kit in case we need to bleed brakes/clutch. Have to add this.

Looks pretty full and that is before we have added any personal luggage. I will tell my wife she will have full use of the glove compartment!

Talk about the global economy. I just noticed the country of origin on the packaging slip of my Jeep parts. Indonesia, Mexico, Taiwan, China, Israel en even the good old USA! Toyota GR Super Sport Hypercar Could Have More Than 1,000 Horsepower