In 2019, retired copier and printer technician Max Cottrell was looking for a solid car to take to car shows and travel around the country. He wasn’t looking for a project car; he just wanted something to drive and enjoy in his retirement years.

Cottrell came across Gateway Classic Cars, which sells vehicles on consignment from a big showroom in Houston, Texas, and one caught his eye: a 1992 Dodge Stealth. He had owned a ’92 Stealth when it was new a couple of decades ago and he missed it; the one he found in Texas had only 38,000 miles on it and was being sold by the original owner. Cottrell handed over $12,000 for his Emerald Green Pearl Stealth supercar with hand-painted striping and brought it home to Michigan. 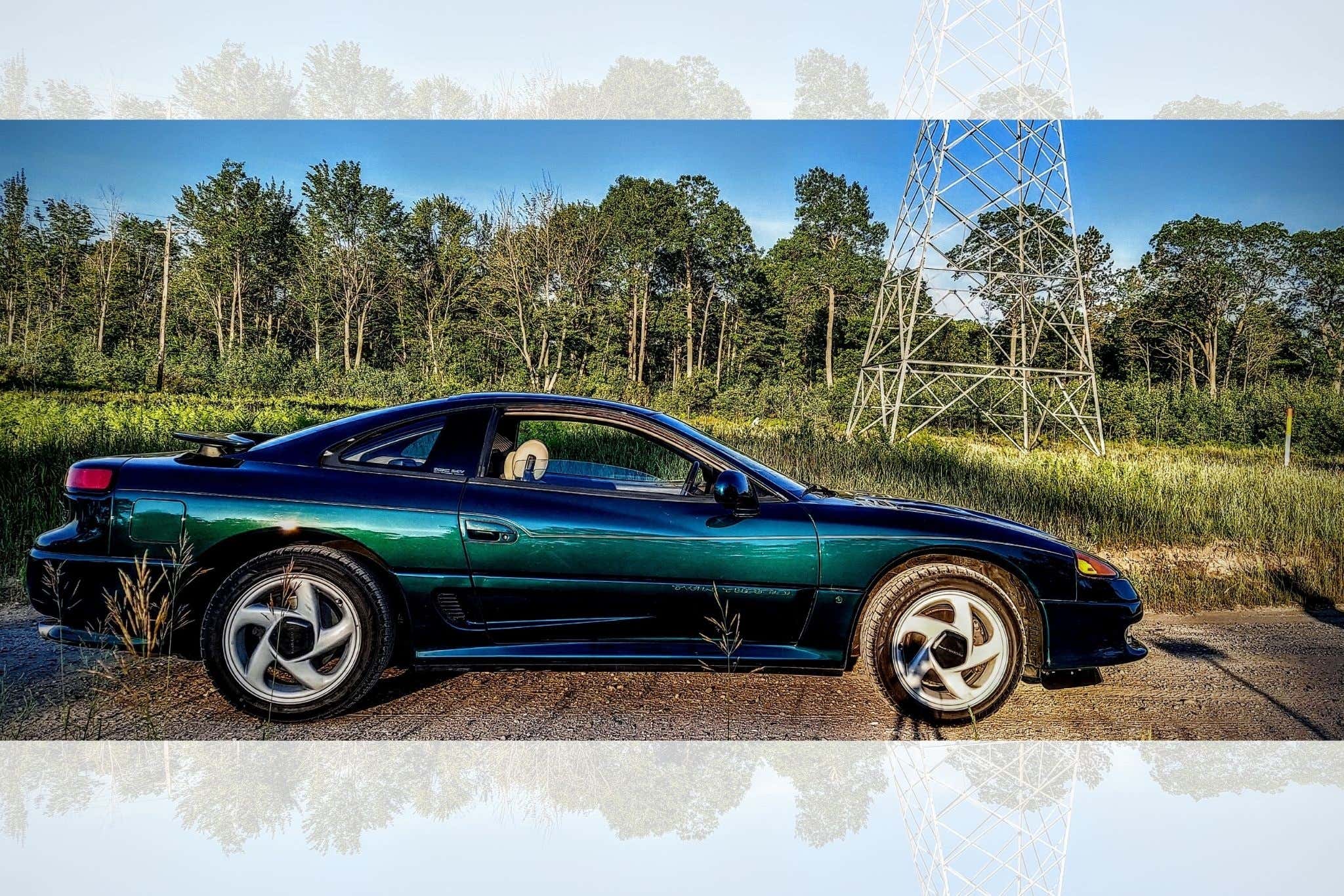 “I, like a lot of other people, watch all these shows about cars and restoring and building them, and have always wished I could find the right car and be able to afford it,” Cottrell told me. “I spent a couple of years online looking, mostly wish-listing. Well, I finally got ‘the’ car.”

Built as a collaborative effort between Chrysler and Mitsubishi, the Stealth (also sold as the Mitsubishi 3000GT in the U.S.) set its target directly for powerhouse competitors like the Nissan 300ZX, Subaru SVX, and Toyota Supra. This car was launched in 1990 and sold simultaneously as a Dodge until 1996, then its Japanese twin carried on for a few more years.

“This is a misunderstood platform, to say the least,” Cottrell says. “Most people seem to think this car is an overweight failure because they think it’s a stoplight drag race car, and it’s not; it’s a Grand Touring car. It’s a highway monster that has a top end north of 150 miles per hour and will blast through the quarter-mile like a 5.0 Mustang if needed but its claim to fame, its happy home is on the highway.” 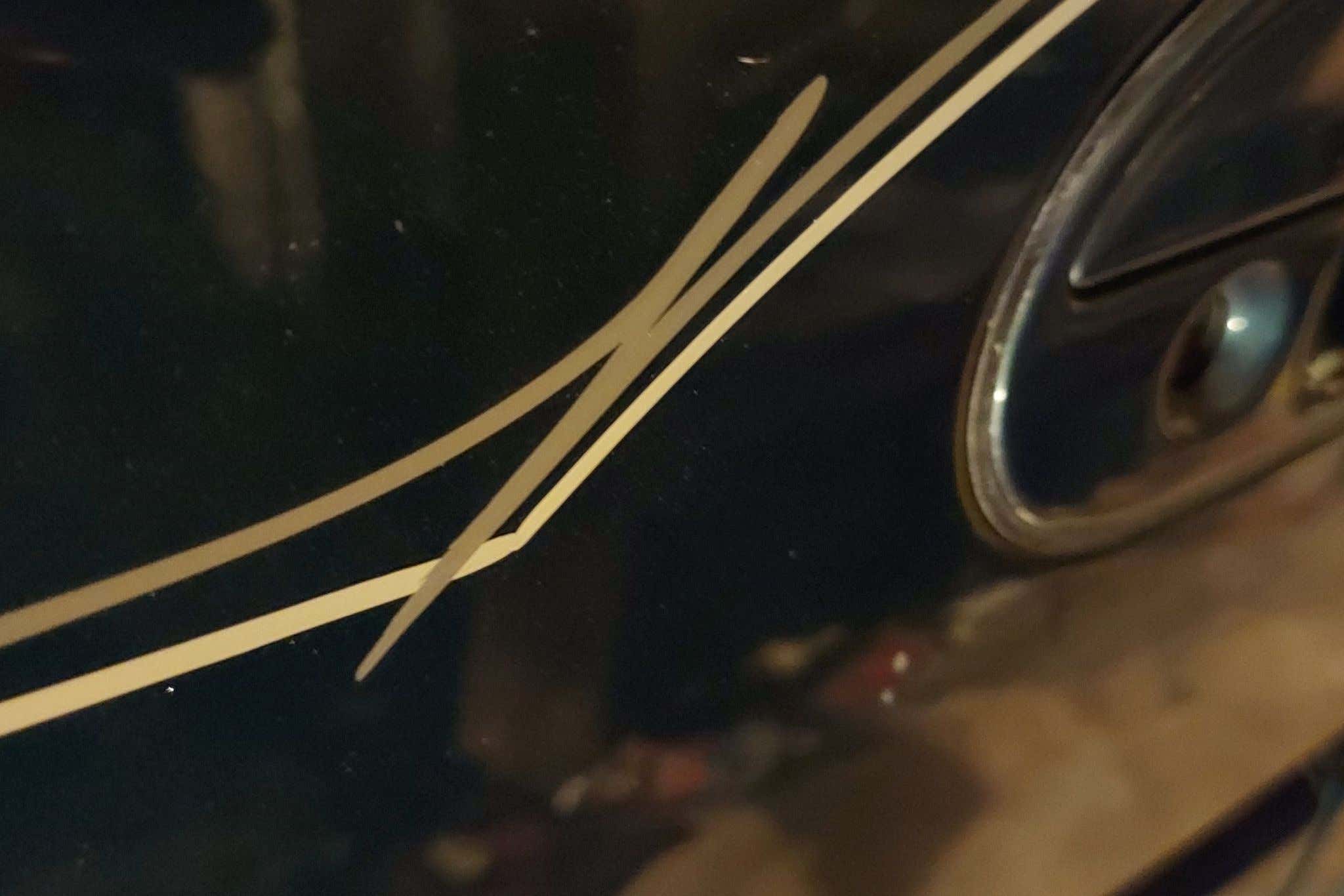 Hot rod builder John Hennessey once called his Mitsubishi 3000 GT “an underpriced overachiever in stock form.” Hennessey raced his 3000 GT at the Pikes Peak Hill Climb and the Silver State Classic, and set a world speed record at the Bonneville Salt Flats. The Stealth, in all of its infamy, also has a 2 Fast 2 Furious connection. Paul Walker’s character Brian O’Conner entered street races across the southwest in a ’91 Dodge Stealth, earning enough money to abandon it at a hotel and buy a 1999 Nissan Skyline GT-R R34 to escape the law.

Cottrell’s ’92 Stealth came with a 3.0-liter DOHC 24-valve twin-turbo V6, a five-speed Getrag manual transmission, and a limited-slip differential. Originally priced at $33,363, Cottrell says only 763 were made with the Emerald Green Pearl exterior. The Stealth has all-wheel drive with all-wheel steering, computerized suspension, and tunable exhaust (push a button inside the car and a flap reduces the back pressure to zero; push it again and the flap closes for a quiet ride). 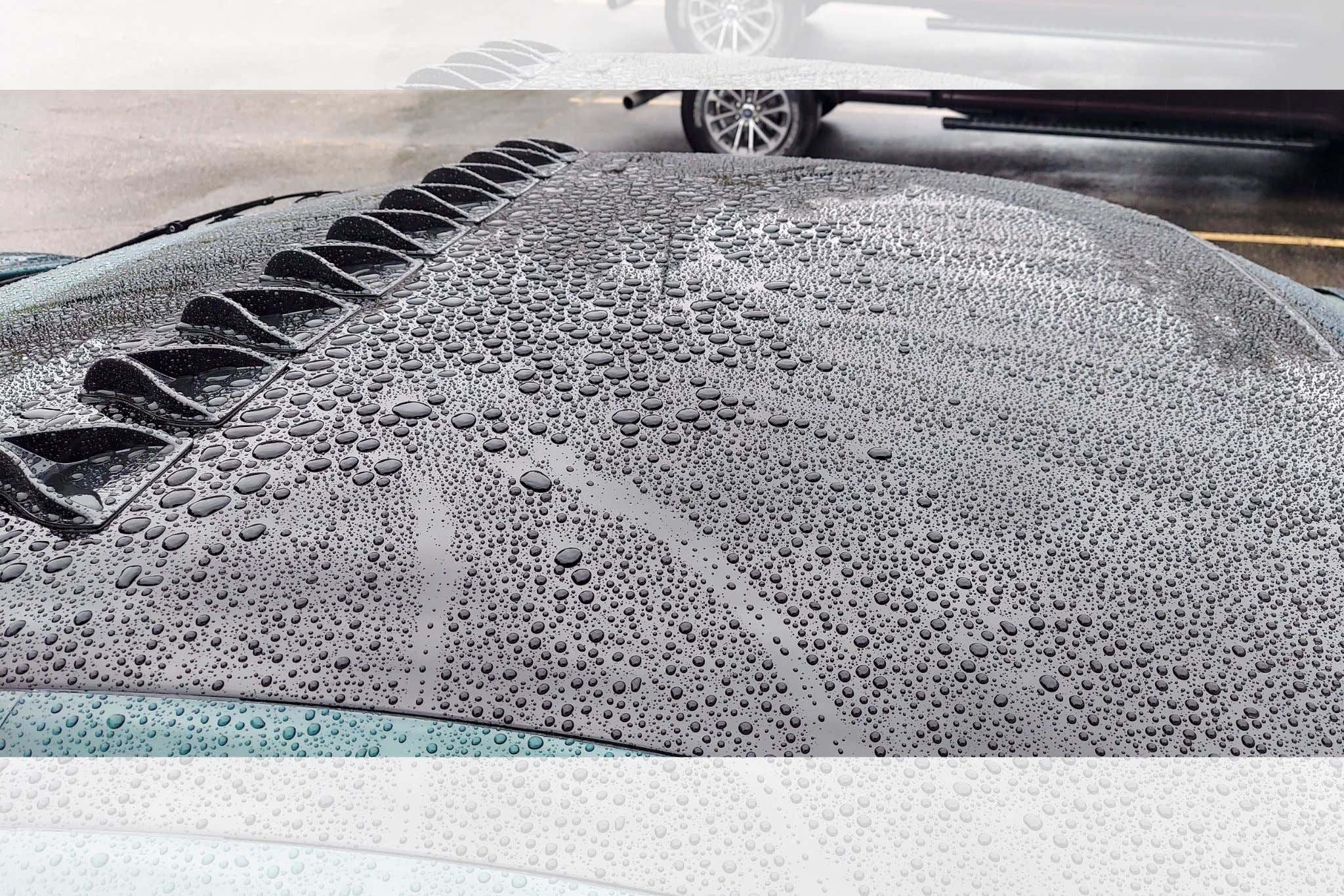 In stock form, the Stealth has a good drag coefficient with pop-up headlights that “act like a sail at night”, and a “banana spoiler” that sits in a questionable location too far forward on the back of the window. This Stealth enthusiast really wanted to hone in on the aero, and while Cottrell is a self-taught aerodynamics engineer and has modified every car he has owned, he wanted to get expert advice.

He stumbled across a YouTube channel called Kyle Engineers and reached out for help. It turned out that the channel was run by former Mercedes-AMG Petronas Formula One Team aerodynamicist Kyle Forster. If you’re going to get expert advice, might as well go straight to the top; if it’s good enough for Lewis Hamilton, it’s good enough for all of us.

With Forster’s guidance, Cottrell put together a diffuser that took him the better part of a year to design and test. Once it’s finished and de-bugged, Cottrell is going to release the plans and testing for anyone to use. Next on the agenda was a tuft test: Cottrell taped pieces of yarn all over the car and shot video with a GoPro to get a visual on the air flow, then reviewed it with Forster. He also designed a series of bargeboards to direct the air under the car and prevent tire squirt, and created an air dam made of Coroplast. 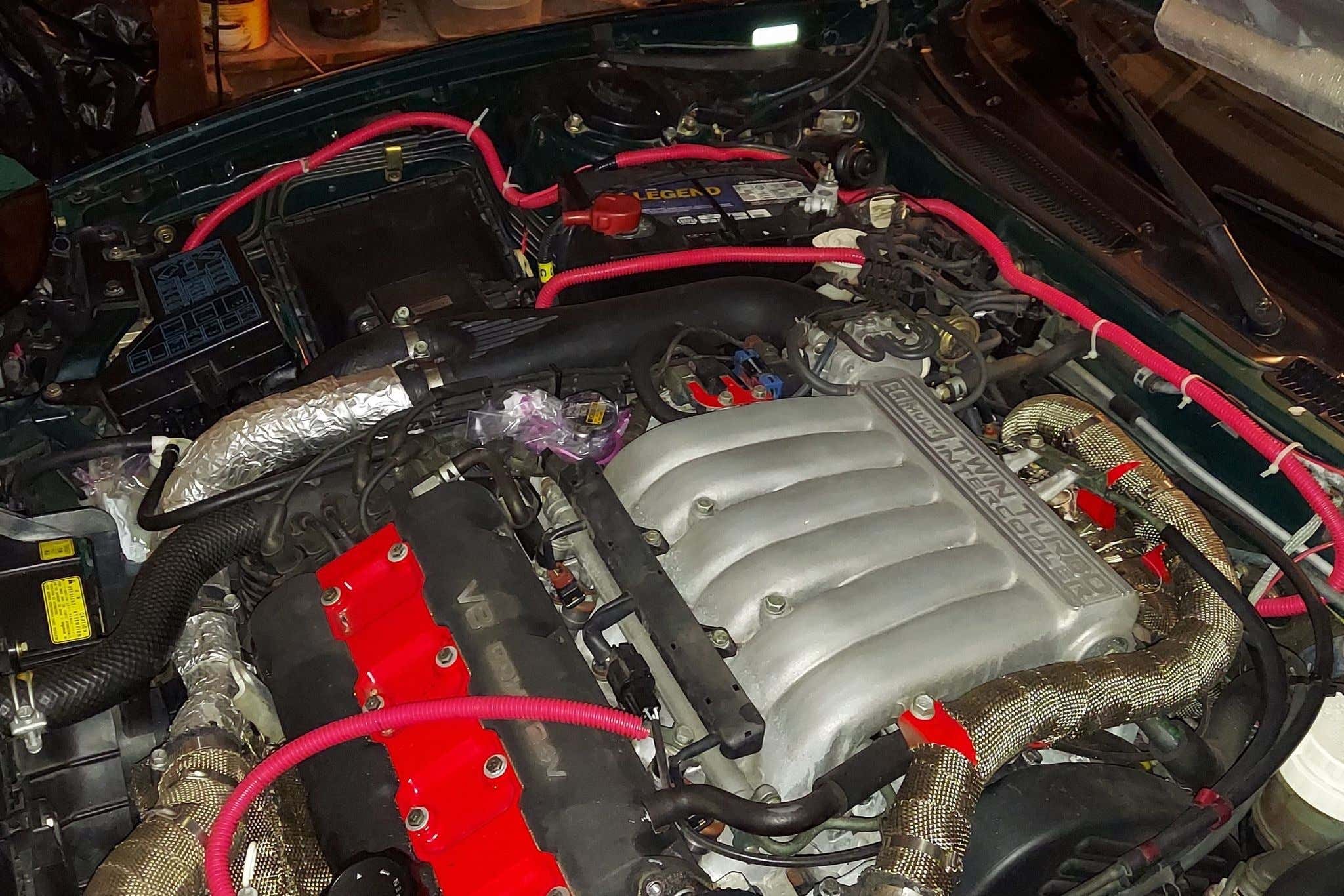 The air intake on the rear pillars didn’t work as well as Cottrell wanted it to. So he placed multiple Airtab vortex generators to allow the air to pass over the spoiler more effectively and generate more downforce. Those would help combat crosswinds and inclement weather input.

On top of the hood is an adjustable air vent that I thought was pretty cool, but it’s under the hood where Cottrell says he created one of his best mods.

“Turbo engines produce a lot of heat and this platform creates a lot of it,” Cottrell says. “So I got some rolls of lava header tape and wrapped all of the pressurized post-intercooler pipes. I also realized that nobody makes heat blankets for the Stealth/3000GT platform so I took that same lava tape and used stainless steel wire to loop stitch several strips together to make my own blankets that sit on top of the stock heat shields. If you wet the lava tape and put the blankets on, they form the shape of the shields, like putting starch in fabric.” 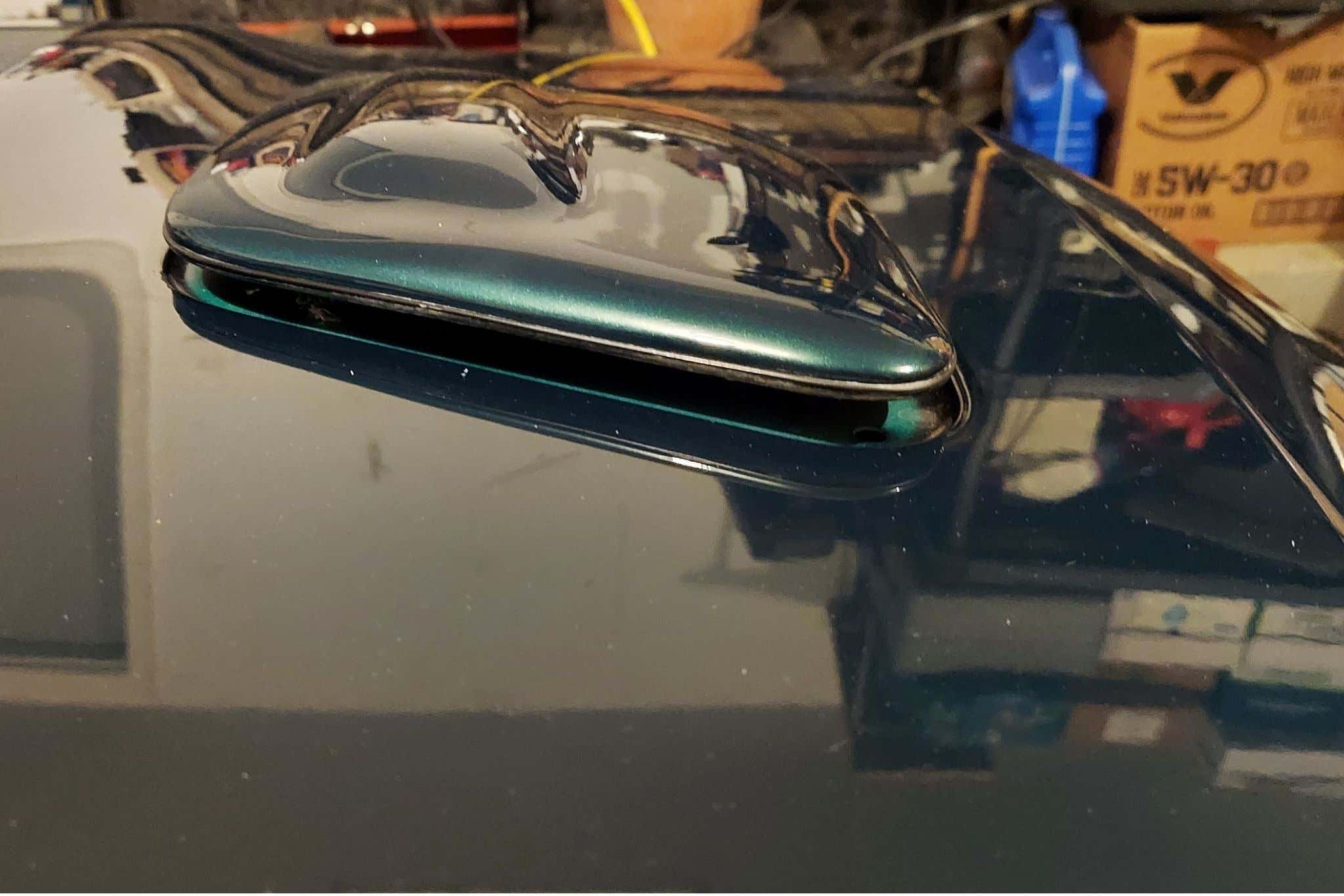 Cottrell recently ordered a Bluetooth dongle that will send computerized data about the car to his tablet. He’ll be able to monitor just about anything in the car, including an internal switch for the cooling fan. He also came up with a mod for his first Stealth that he carried over, using the removable covers over the strut towers as reversed scoops, drawing air out of the engine compartment. They can be closed in cold weather, and all of that works so well that the intake temperature in the summer is only ten degrees warmer than the ambient air temperature.

When Cottrell and his wife are driving around in Saline, Michigan, the Stealth is one of those cars that a lot of people want to talk to him about and they get thumbs-up grins all around town.

“A lot of people think that these cars are unreliable or over-engineered but they’re really not,” says Cottrell. “Once you learn what the car wants and don’t beat the crap out of them, they’re a very good performance platform.”

Got a story to tell? Send the writer a note: [email protected]

Eating on the Go? Here\u2019s What You’ll Need to Keep Things Neat