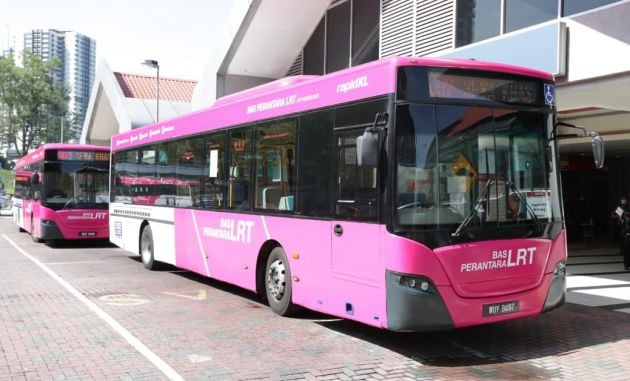 Following the closure of 16 stations on the LRT Kelana Jaya Line and the resulting inconvenience to commuters, Rapid Bus from today will add 20 free feeder buses to ferry affected commuters. This comes after Smart Selangor and Mara Liner provided 20 buses each to Rapid Bus.

Currently, Rapid Bus is providing 83 buses for this effort, so it will be over 100 units in service with today’s addition. The buses are serving five routes.

To boost the number of personnel at train stations to improve the management of people flow, 80 Prasarana staff have been deployed to stations – they will assist commuters in boarding feeder buses.

Rapid Rail says that for LRT Kelana Jaya Line commuters affected by the station closures, it will provide free fares for each day of service disruption. This reimbursement will be carried out after the service is up and running again, and details will be announced later.

Following issues with the KJ Line’s Automatic Train Control (ATC) system that started on November 5, and overnight repair sessions to minimise service disruption failing to solve the unprecedented problem, Rapid KL decided to suspend the affected part of the line (16 stations from Kelana Jaya to Ampang Park) for a week, banking on a permanent fix. Foreign experts from supplier Thales are now in Malaysia to assist in the fix.