Netflix took a short break from Formula 1:Drive to Survive to launch its live-action adaptation of the classic anime series Cowboy Bebop on Friday, and the internet has been buzzing about it all weekend. While reception by fans and critics alike has been
mixed, it brought one big surprise to go with all the kung-fu combat and snappy banter: surprisingly good cars.

The staff at The Drive is engaged in car-spotting while watching the series, and there are some good ones. It’s a weird mix of vintage cars, almost Cuba-style in their anachronistic feel, and futuristic space vehicles. That’s a fascinating setup for a show set 150 years into the future and across a number of planets and asteroid colonies. 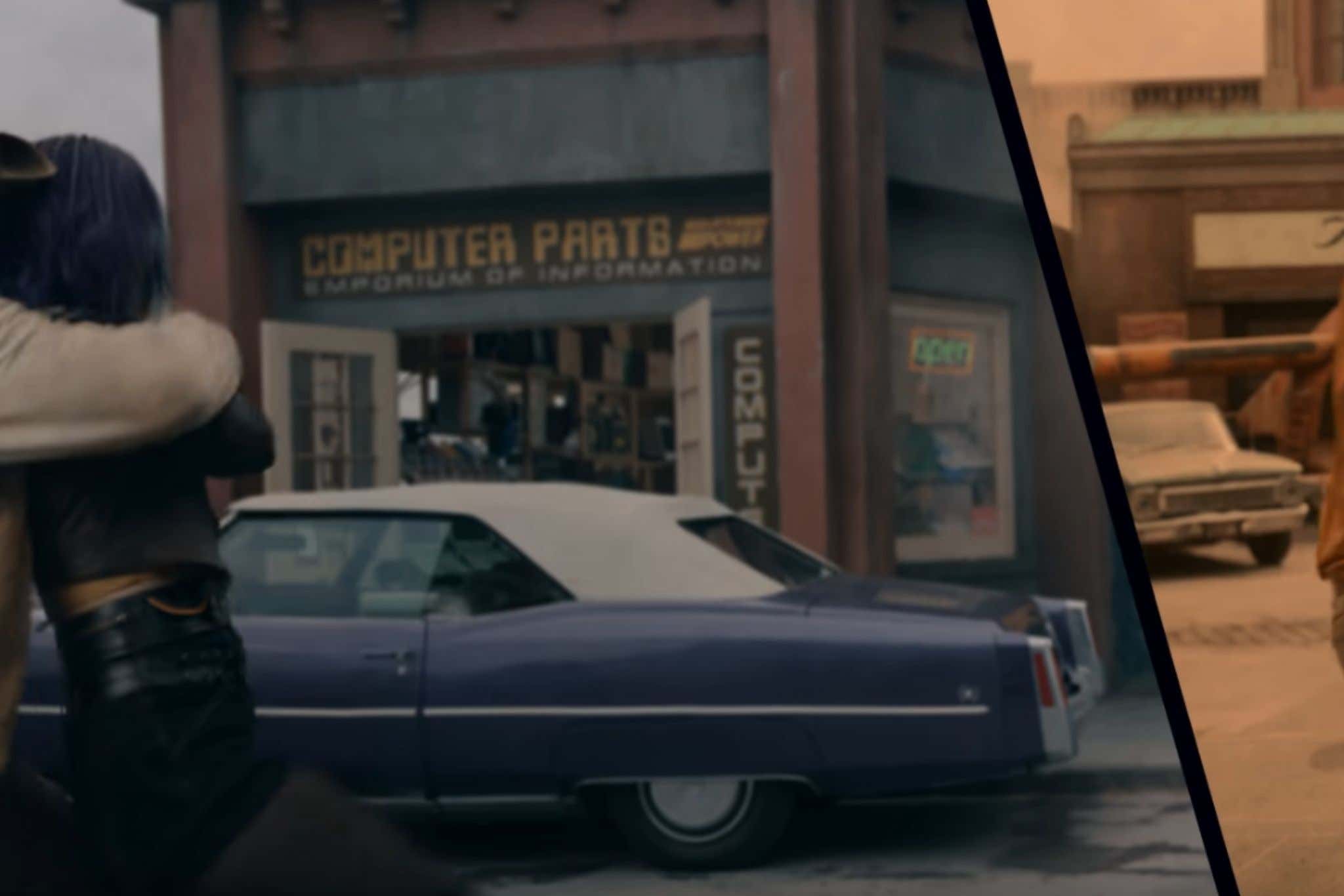 Described as “neo-noir space western,” the Los Angeles Times
sums up Cowboy Bebop for the uninitiated:

“Set in the not-too-distant future after humans have had to colonize other planets and moons within the solar system, Cowboy Bebop follows a misfit crew of bounty hunters who operate out of the spaceship Bebop. This includes the ship’s hard-working captain, Jet Black (Mustafa Shakir), his laid-back partner with a mysterious past, Spike Spiegel (John Cho), and — eventually — the scrappy and determined Faye Valentine (Daniella Pineda).”

The original anime is considered one of the greatest of all time and remains a beloved fan favorite today. And like the original show, the Netflix remake brings protagonists engaging in hand-to-hand combat in odd places that look like America’s Wild West or far-flung orbital casinos. When you look past the action–just for a second, so you don’t miss a well-timed knockout kick–and you’ll see some cool cars in the background. Because what’s any self-respecting action film doing if it doesn’t have cars, car chases, and car crashes?

Part buddy comedy, part film noir, part sci-fi epic, Cowboy Bebop was shot entirely in New Zealand over a span of 140 or so sets and locations. The costuming is fantastic, as are the fight scenes I’ve seen so far. There’s something about this series that draws me in. Maybe it’s the Star Wars-like blend of misfits, bounty hunters, and outer space.

Or maybe it’s the fact that somehow, in this telling of the story, the colonized solar system is populated by people who actively drive old American muscle cars and European commuter cars. (Unless we missed it, no attempt was made to explain if these cars run on gasoline or something else.) Cowboy Bebop has always been full of anachronistic technology like ’90s-era PCs and Betamax tapes to go with its personal starships and space travel gates; the producers extended that approach to what people drive, too. Here are a few examples we found. In the first episode, the titular ship—the Bebop—docks at the asteroid city of New Tijuana in search of a bounty. Waiting for hem there is a 1950s Pontiac, which sets the tone for what’s to come. Later in that same episode, Spike and his target are seen next to a very choice yellow 1970s Chevy Camaro. It’s seen speeding away when things go sideways for our crew. In a later episode set on Europa, we meet the former partner of ex-cop Jet, and he drives a late 1950s Buick Roadmaster. A very choice pick for a detective in a noir story, especially one who’s not what he seems. If you saw the original show, you probably never thought of syndicate madman (and hero Spike’s former best friend) Vicious as a car guy. But in the remake, he’s seen in a flashback driving a stylish 1970s Mercury Cougar convertible. In another episode, “Galileo Hustle,” we see Faye and another woman trying to get an old Fiat 500 in shape to run. There’s a burnt-out Citroën DS behind it, too. Again, how did these classic cars end up in deep space? We don’t know, but we kind of love it. And in the season finale, Jet’s seen driving a ’60s Oldsmobile Toronado in the lead-up to a big shootout. He has a surprise waiting for his enemies in that car’s spacious trunk.

Anyway, there’s a lot more good cars where that came from. Check out the always reliable Internet Movie Car Database if you need some spotting help, and Cowboy Bebop is streaming on Netflix now.

See you, space cowboy. Comment below or write to the author at [email protected]

Want Toyota’s New 986-HP Hypercar? You Have to Answer These Questions First