Narrowly won by NASCAR paddock favorite Michael McDowell, this year’s Daytona 500 was a terrific introduction to stock car racing for new fans. Provided, that is, they stuck around through a six-hour delay, one in which a red flag for a 16-car crash gave way to hours of rainfall, and an equal amount of miserable broadcast filler. So drawn-out was the delay that drivers had time to step out for a break, which in the case of Ross Chastain of the No. 42 Chevrolet (and MacGyvered sim race rigs) meant making a grub run for his pit crew.

In a video shared by Chip Ganassi Racing, Chastain pulls up to the drive-thru window of the world’s second-wettest McDonald’s still in his race overalls. He shares a brief, sweet exchange with the attendant, who appears to announce who’s in the drive-thru to her coworkers before fulfilling what was probably the biggest order she received that day—six of everything, plus a fudge sundae for Chastain himself. 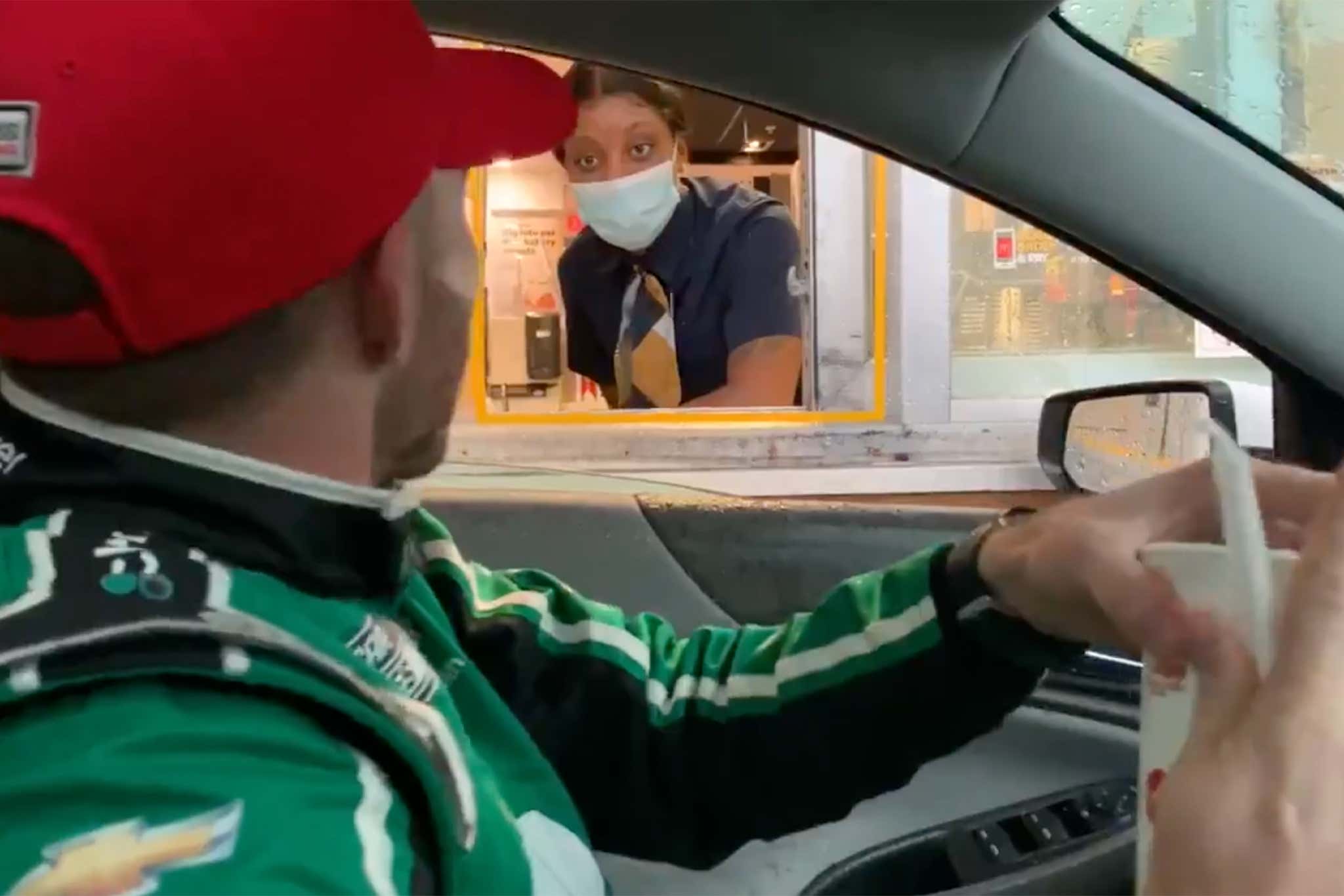 The ice cream seemed to do about as much good for Chastain as spinach does for Popeye since he fought his way forward during the race to finish seventh, having qualified 24th. Maybe it was the ice cream, maybe it was being willed on by the crew of the local McD’s, maybe it was just the extra downtime that helped Chastain. It certainly wasn’t the early-race contact that scuffed up his Chevy.