One of the most popular sports in the ancient Olympic Games was chariot racing. Two-wheeled carriages were drawn by horses and raced around a stadium called a hippodrome, making oval-shaped laps like some sort of Byzantine-era NASCAR. In the early 1900s, chariot racing was all but forgotten outside of hardcover books, but all that changed when some madmen strapped motorcycles to the front of chariots and revived the overlooked sport.

It all began in the late 1920s after the silent film Ben-Hur: A Tale of the Christ debuted in the middle of the decade. The movie featured a rather epic chariot race that inspired some Australian blokes to modernize the millennia-old sport, except they replaced the actual horses with horsepower. 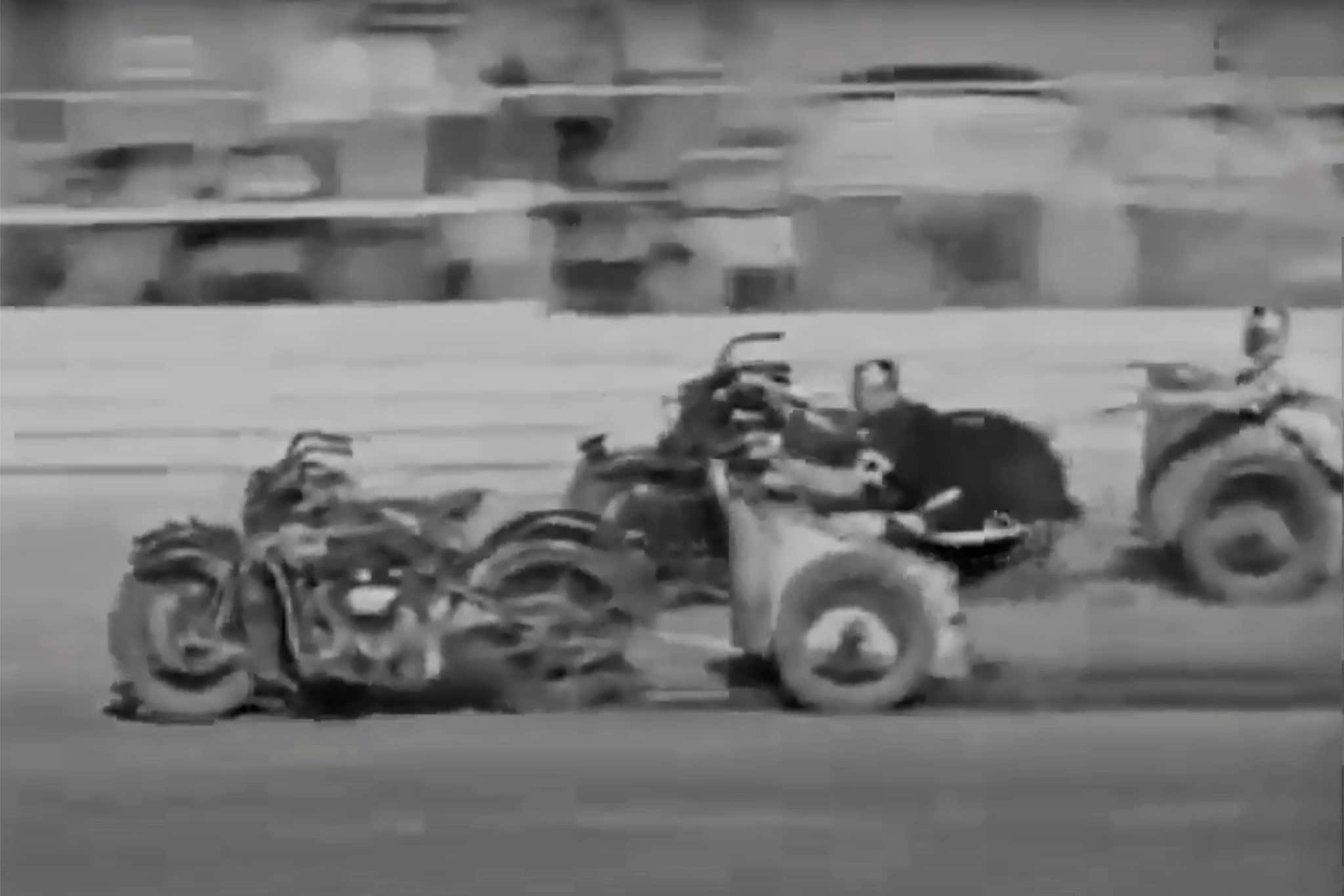 The still above comes from the 1936 New South Wales Police Carnival at the Sydney Showground in Australia. Two police officers were actually recreating the scene from Ben-Hur and their stunt is one of the only films known to exist showcasing the sport in its early days. You can see the entire remaining footage at the National Film and Sound Archive of Australia.

Throughout the ’20s and ’30s, the sport spread like wildfire, making its way to Europe and even the Americas. Variants of the chariots were developed, many of which featured two motorcycles welded together to keep all four wheels planted on the ground. Contestants would dress in classic Roman wardrobe, lifting the reigns to the bikes—usually ropes tied to articulate the handlebars, throttle, and clutch—and taking to the oval to be watched by screaming fans.

It’s incredibly wild to watch two contestants going up against each other, riders struggling to keep their bikes pointed in the direction of the track’s curve, all while overtaking the other at full tilt. The classic camera work captures just how exhilarating this sport could be. In fact, I’d argue that it’s some of the most fun that you could have on six wheels.

Sadly, no formal sporting series are known to exist stateside today, but you can still find people dedicated to building chariots for their motorcycles and riding them in public (some of whom even wear period-correct garb. There’s even a YouTuber who recently started a brand new chariot build if you care to watch the creation with modern fabrication techniques.

Everybody’s favorite TV trio even took on their own version of Chariot Racing in 2011 at a Top Gear Live event.

As you may have guessed, the economic downturn and two world wars sandwiching the decades when motorcycle chariot racing was invented probably wasn’t a great time to introduce the sport. It quickly fizzled out just about as abruptly as it arrived, which is super unfortunate considering how cool it is.

Of Course Jay Leno Drives the World's Most Expensive Duesenberg