Home » Auto News » Momentum Driving: How to Be One of the Fastest Cars with the Least Power

The phrase “slow car fast” refers to wringing out every ounce of energy from a car that’s low on power. Some say it’s more fun to drive a slow car fast than a fast car slow. And it is. The most fun, though, is driving a slow car fast and setting lap times that embarrass faster cars.

Peter Nelson is an author at Car Bibles, a coming-soon sister site to The Drive focusing on automotive adventures and DIY tips to help you get the most out of your car. That includes takes on how to drive smoother, better, and faster (safely) no matter how much horsepower your car actually has. Enjoy! — Andrew P. Collins, Car Bibles EIC 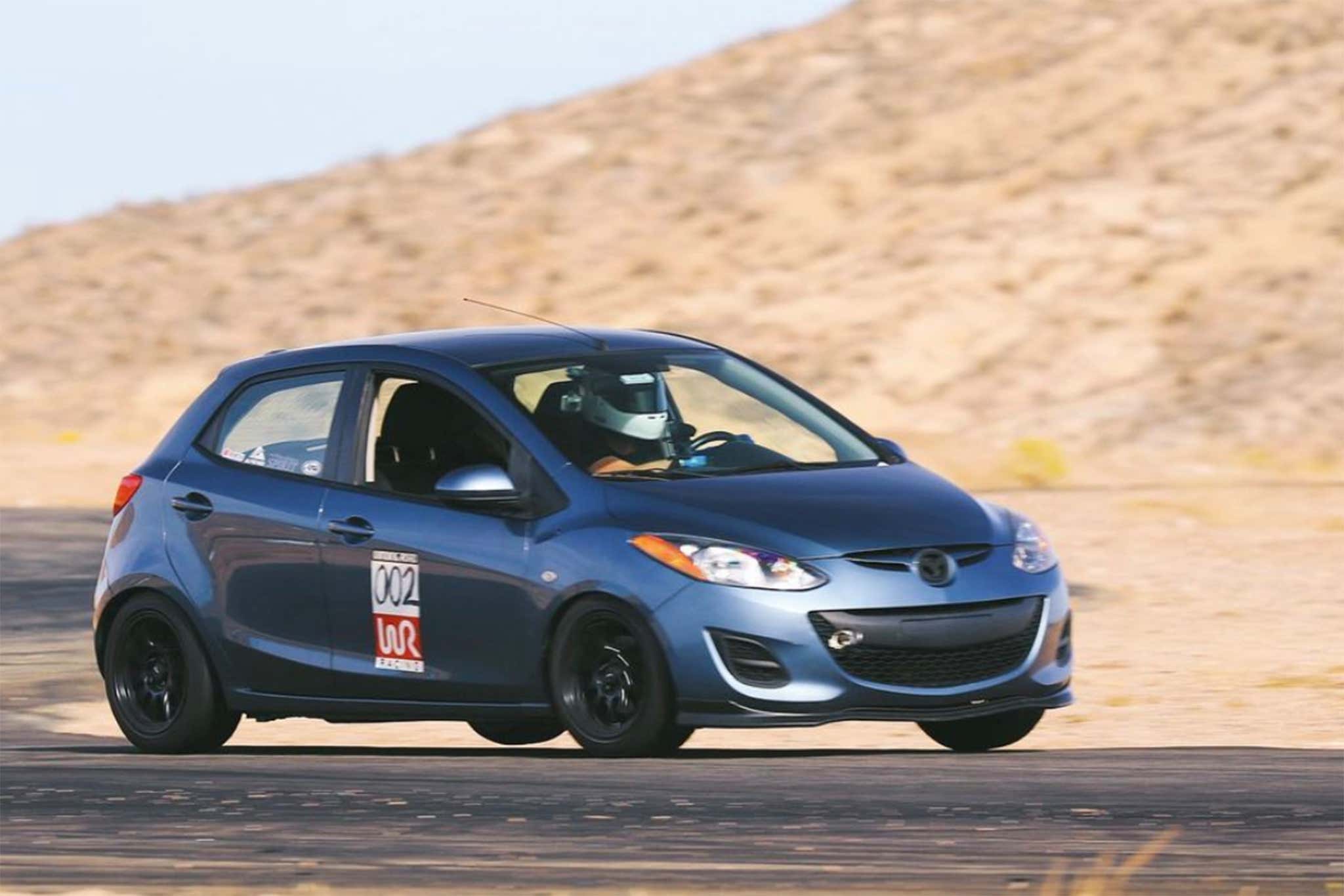 Going one further, slow-car fast can lead to the decadent pleasure of teasing your friends and rivals with something to the effect of: “You’ve got at least 50 percent more horsepower than me, your car weighs less than 500 pounds more than mine, how are you only two seconds quicker?” I like to call moments like that optimum slow-car fast.

How does one achieve optimum slow-car fast at track days? Momentum driving; this is the key to enjoying slow cars to their fullest.

Momentum driving is not only about getting the most out of the drivetrain, but also using every last bit of grip, to hold momentum around a race track. This is especially the case with front-wheel drive cars that traditionally need special techniques and suspension setups to get them to rotate on track. Cutting whatever line possible to make the track shorter, learning how to trail-brake, keeping one’s right foot pinned to keep the rear end planted, being hard-yet-smooth with the brake pedal; it’s all very necessary, and yes, it’s a lot of work.

This kind of driving takes time to grasp. Like, hours and hours in the seat. But beginning your track day career in a low-powered car will be more rewarding than driving something extreme right out of the gate. A modest car will give you more opportunities to find and test limits, and the space to perfect the techniques detailed above. An elite high-end car will be faster, probably, but you’ll be hard-pressed to pick up the driving fundamentals that unlock serious speed if you’re focused on trying to keep your Dodge Viper or whatever from flying into a tire barrier.

Any driver who’s been behind the wheel of something like an NA Mazda Miata, EG Honda Civic, etc., on track is all-too familiar with the scenario: They’ve given a point-by to a faster C6 Chevy Corvette, who rocketed out of the previous corner right behind them.

The following succession of corners are a little technical, and require some late trail-braking to get through. That means you’ll need to do a couple things at once, namely, turning and braking. The ‘Vette is braking in a straight line, and what is referred to as “parking it” in the corners; they haven’t mastered balancing their throttle and brake inputs quite yet. They’re afraid of spinning out if they hold too much speed or upset the car too much through these corners.

Now the tables have turned. The momentum driver, accustomed to trail-braking very late because they’ve got far less power to balance, is suddenly on the Corvette’s bumper. There’s no room to pass through this succession of corners, either, so unfortunately they’re stuck there. It’s usually remedied by the momentum driver having to pull into the hot pit and requesting some space from the course workers.

Momentum driving is some of the most fun one can have on track in any car really, but especially in a slow car. Explaining to people who are used to decent power and rear-wheel drive, that it sometimes takes slow cars two whole flawless laps to achieve a personal best time on the next lap, almost always yields tilted heads and confused looks. Especially from S2000 drivers.

When one sets a decent, respectable lap time in their slow car, it’s incredibly rewarding. It’s also good practice and very transferable. Never has any pro driver ever said that learning momentum isn’t immensely useful. Fast in a slow hatchback can translate to really fast in a Miata, Mustang, or even Porsche 911 GT3.

Forget about getting close to the lap times of drivers in cars with 50 percent more power. The real joy is embarrassing drivers in cars with 100-200 percent more power. Whether by comparing lap times, or staying on their bumper through tight and technical sections on track; giving X car a taste of their own street-driving medicine, by taking up most of their rear-view mirror on-track, is always a lovely experience.

Look for a freshly redesigned Car Bibles in early 2021. Meanwhile check us out on Twitter, IG, and Facebook. Actually LinkedIn too, if you’re on there.

How Far Can the Bugatti Chiron Go in an Hour?