The three names were registered earlier this week.

Originally announced at the beginning of October, the EQE will serve as the electric equivalent of the E-Class Sedan and will sit on a dedicated platform dubbed “Electric Vehicle Architecture” (EVA). Daimler also confirmed it would spawn an SUV version, much like the EQS Sedan / EQS SUV pair. You can rest assured AMG will want to tinker with some of these new silent Mercedes models in the same vein as Daimler’s performance arm did with the SLS Electric Drive nearly a decade ago.

New trademark filings reveal Daimler is already taking the necessary legal precautions to secure some nameplates it has probably already decided to use in the years to come. Filed with the European Union Intellectual Property Office, the “EQE 43,” “EQE 53,” and “EQE 63” monikers strongly suggest the electric sedan will get the zero-emissions AMG treatment. 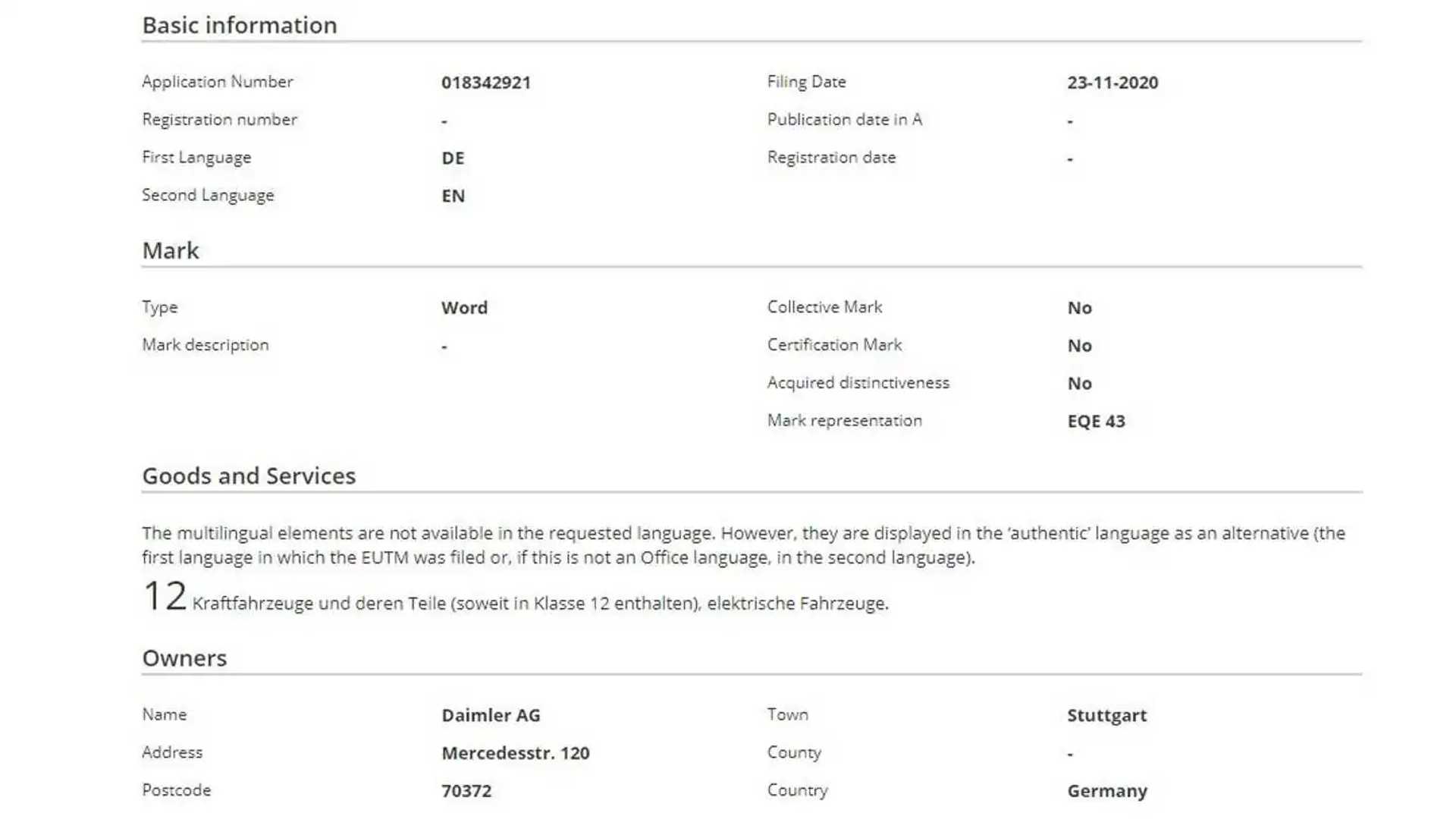 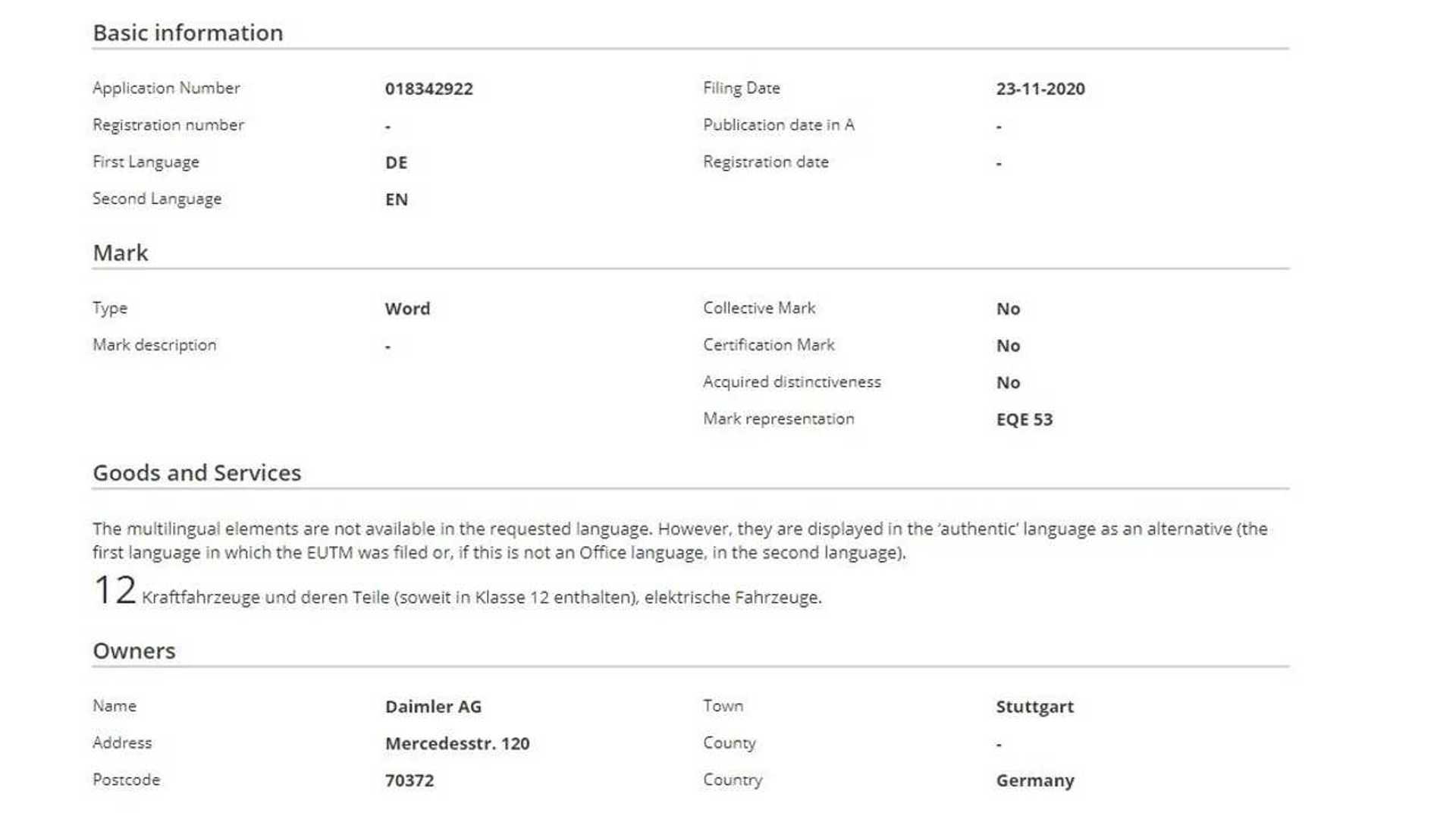 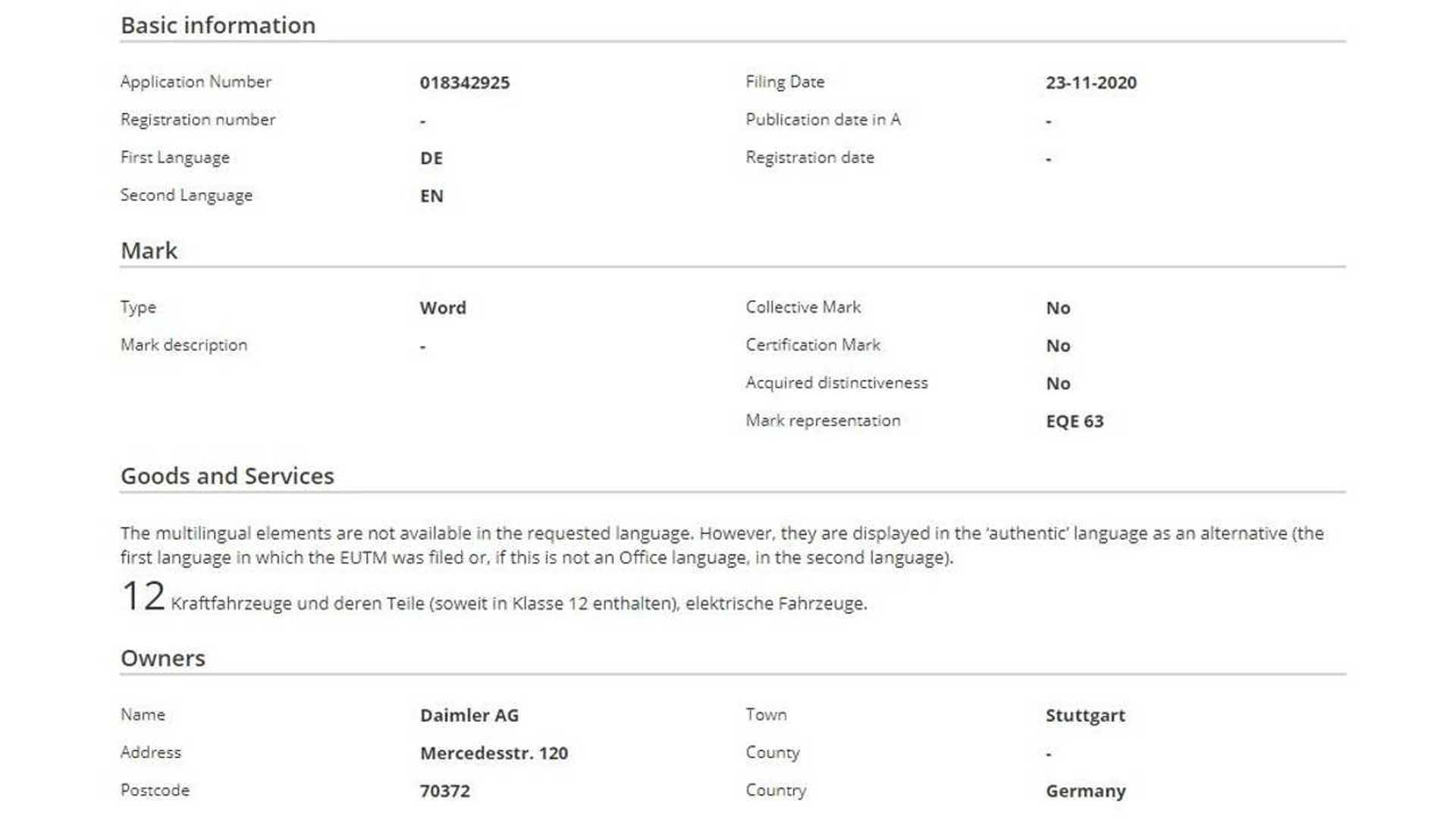 As you can see from the screenshots we took from the EUIPO site, Daimler filed to register the three trademarks on Monday. An AMG EQE would go up against the BMW M5 EV, which according to a wild rumor, it will have Bugatti Veyron-matching horsepower. It’s too soon to say how much power an AMG-badged EQE would have, but the larger EQS packed 469 hp in the Benz-badged concept form.

An AMG EQS 43 would likely boast more power, with the hotter 53 and 63 to have a greater electric punch in the same vein as the strategy used for today’s gasoline-fueled 43/53/63 models. The smaller AMG EQE models will adopt a similar strategy, although Mercedes could give them less power to avoid clashing with the more expensive EQS cars.

Daimler has already announced plans to electrify its AMG and Maybach sub-brands and will also remove the combustion engine from the G-Class for an EV variant of the reputable off-roader. In the meantime, 2021 will see the introduction of the long-awaited AMG GT 73 (name not confirmed) with a twin-turbo 4.0-liter V8 and an electric motor delivering a combined output estimated at 800 hp.

Also next year, Mercedes-AMG will finally commence customer deliveries of the delayed F1-engined One hypercar.