Quinn Regan didn’t have any experience or desire to complete an engine swap when he got his first car. His dad Steve found a well-kept 1999 Chevrolet S-10 pickup with 100,000 miles on the clock and suggested they swap out the powertrain for a better one; Quinn had to think it over. Only 15 at the time, he wasn’t sure what this project would entail, and Steve made it clear that it would take some time and would require a fair amount of hard work.

The teen wasn’t thrilled about his new ride, at first. His dad Steve described it as “kind of Grandpa-ish” with a topper concealing the bed. The inside, however, was very clean. A month after they brought the S-10 home, Quinn came back to his dad with an answer: “Let’s do it.” The pair went big, sourcing an LS1 engine pulled from a 2001 Corvette–the owner was trading it out for an even more powerful LS3–from nearby Mile High Muscle in Delta, Colorado. 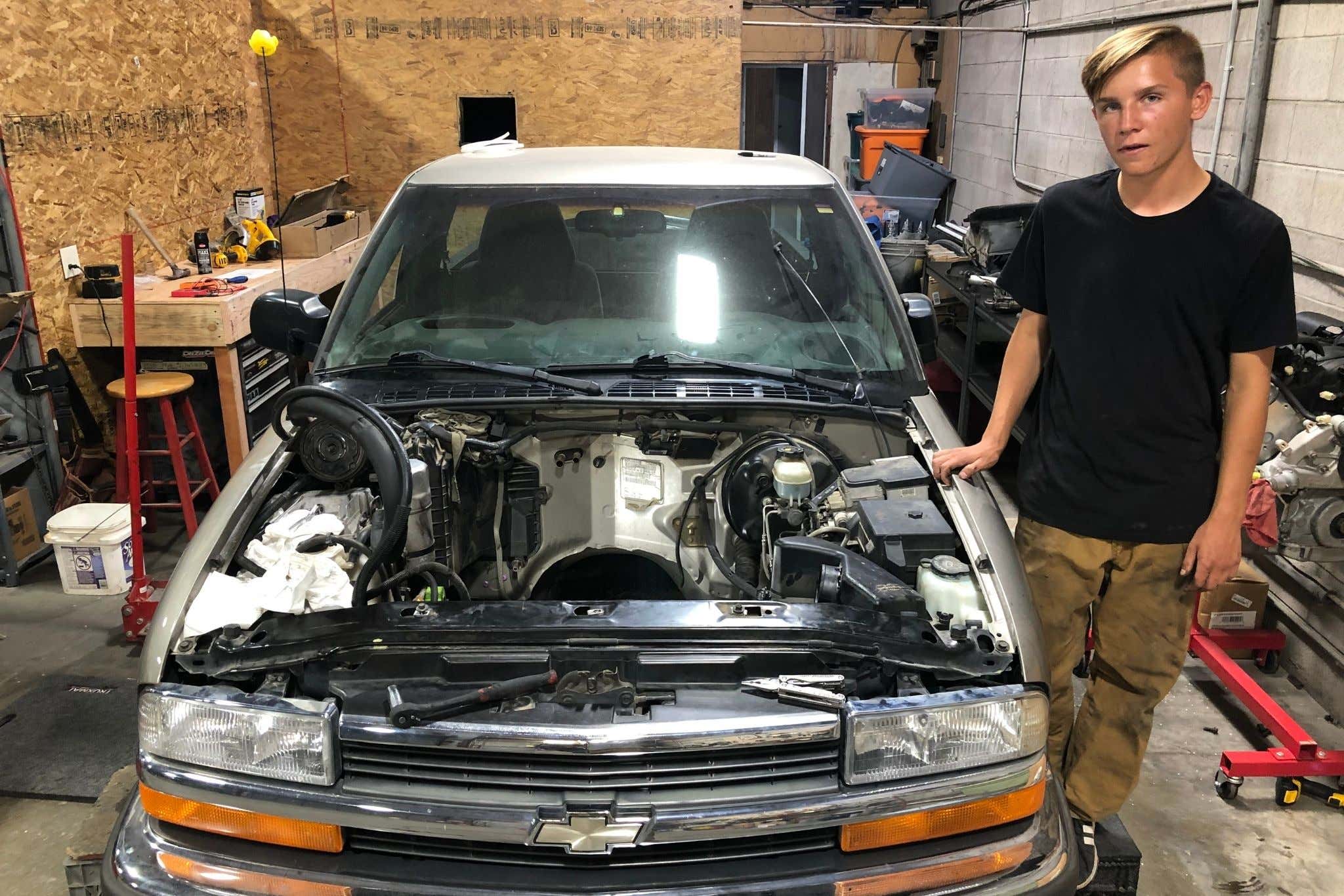 Back in his own teenage years in the 80s, Steve embarked on a similar project. His first car was a 1972 Chevy Nova and he opted to load it up with a V8 from an IROC Camaro. Steve’s dad (Quinn’s grandfather) guided him through the process, and apparently it wasn’t a bad memory, because he’s the one who suggested to his son that he do the same for Quinn.

“Hey, are you gonna swap that?” Quinn’s grandfather nudged Steve.

It was all the encouragement Steve needed. When Quinn gave him the go-ahead, both of them had to learn and re-learn some things. YouTube was a resource, as were S-10 and engine-swap online forums. While Steve required Quinn to help him change the oil on the family’s dirt bike, the teen wasn’t all that interested in mechanical work. He was a drum major for his school’s band and a ski instructor, and didn’t think much about fixing up cars. Embarking upon this engine swap was trial by fire for him. 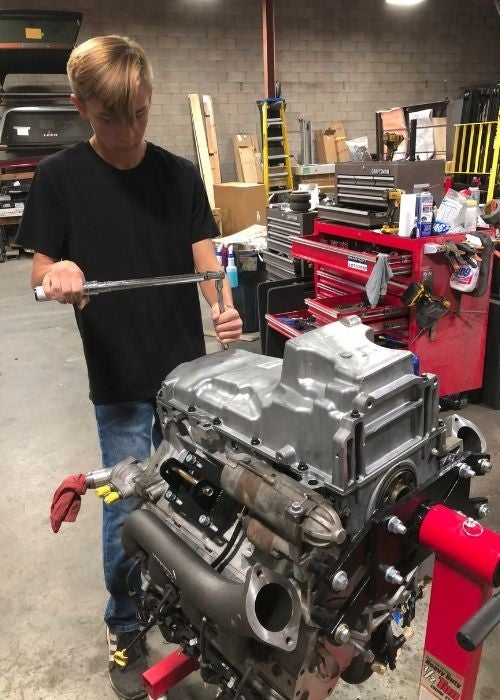 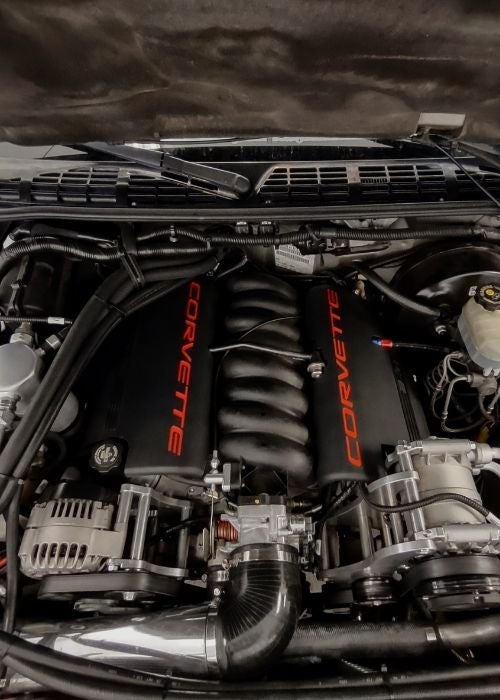 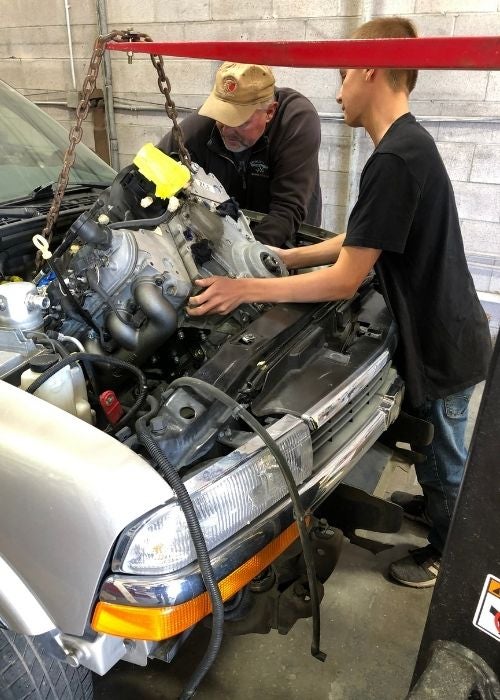 “Before this, I never would have pictured him going in this direction; now he’ll walk away with some ASE certifications and he’ll always have this mechanical experience and knowledge,” Quinn’s dad says.

Now that it’s finished, Quinn is proud of his S-10 and respects it more for all the hard work he put into it.

“It’s what my dad and I did, and I guess it’s what I always wanted to do with him,” Steve says. “In raising Quinn, I always wanted to make sure he’d be self-sufficient. So many kids these days don’t even know how to change – or even air up! – a tire. It was a lot of fun to teach him, and a lot of things came flooding back to me that I could pass on.”

Got a tip or a story? Comment below or send a note to kristin.[email protected]

Last Plymouth Ever Sold Is A Posh 2001 Neon LX, And It's For Sale