One of the most interesting parts of the”Perseverance” Mars Rover is the remote-controlled helicopter it carries under its belly, a four-pound, solar-powered piece of equipment dubbed “Ingenuity” designed to test the feasibility of powered flight on the Red Planet. It’s an impressive device in its own right, but now we’ve learned of something that it’s carrying aboard that makes it even more interesting: a little swatch of fabric.

According to an AP report, the postage-stamp-sized piece of material that is taped to a cable under the helicopter’s solar panel belongs to the very first successful powered aircraft, the 1903 Wright Flyer. How’s that for a little bit of nostalgia? 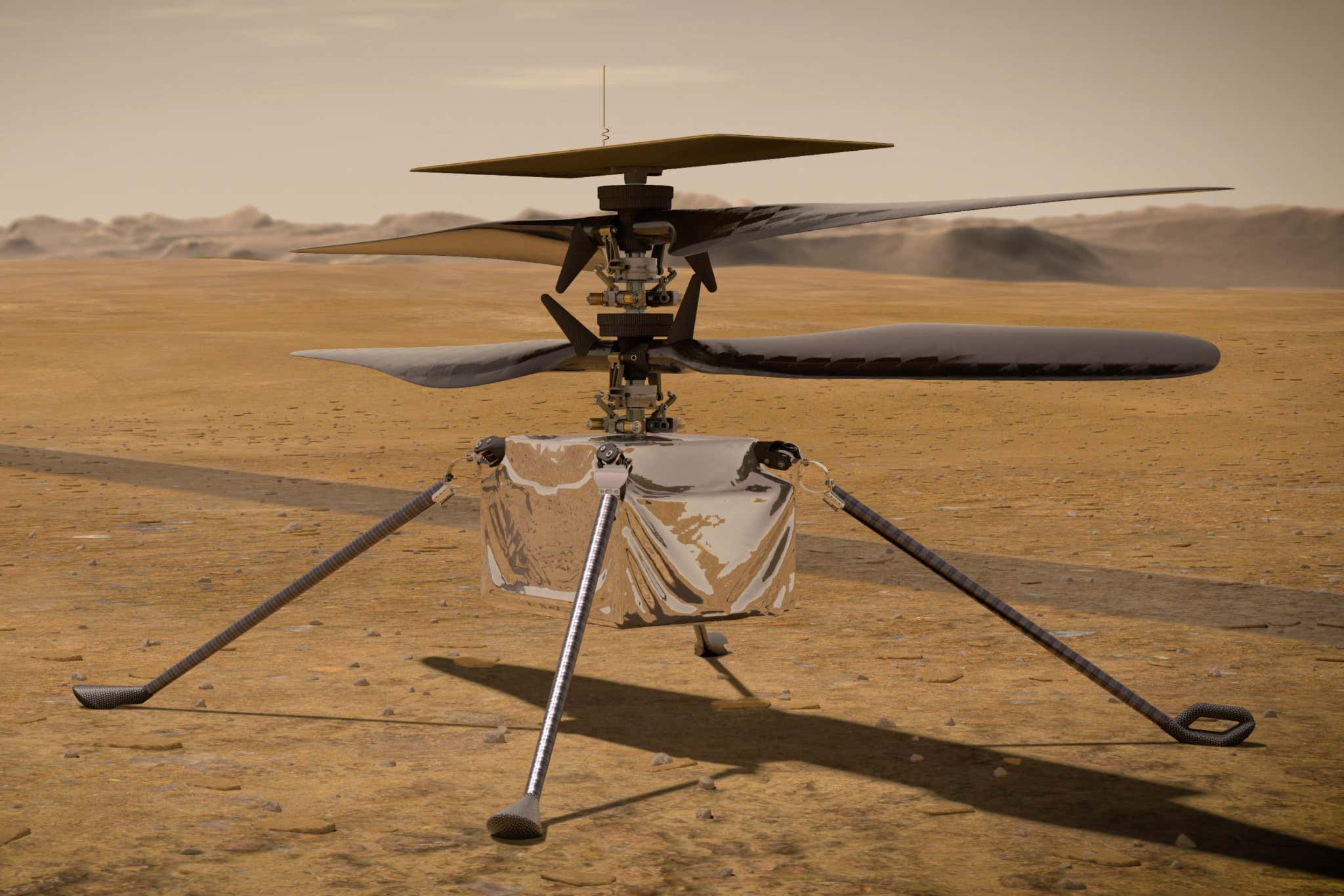 The swatch of material was taken from the lower wing of the flyer at the request of NASA, with the blessing of the Wright brother’s grandniece and nephew who maintain the Carillon Historical Park in Dayton, Ohio, where the brothers were from. In a statement, Amanda Wright Lane and Stephen Wright said that “Wilbur and Orville Wright would be pleased to know that a little piece of their 1903 Wright Flyer I, the machine that launched the Space Age by barely one quarter of a mile, is going to soar into history again on Mars.”

The Ingenuity helicopter is an interesting device in its own right, but obviously having a piece of the first successful aircraft on earth is a good omen for the first powered flight on Mars. Ingenuity has two counter-rotating rotors made of carbon fiber to lift it off the Martian surface. It gets its power from a solar panel mounted above its rotors, needing several days to charge up before taking flight.

The vehicle’s first journey into the air will take place in early April, but will only constitute a hover of a few feet for around thirty seconds. After that, the helicopter’s flights will get higher and longer. It’s also important to note that Ingenuity has two cameras on board, so we’ll get the first aerial images from Mars. We’ll also get important data about Mars’ atmosphere, which is thinner than Earth’s. Because of this, the helicopter’s rotors must travel faster than they would in our atmosphere, at around 2,400 rpm.

Makes you think: if we fly an aircraft on another celestial body besides Mars, will we put a piece of Ingenuity onboard that aircraft? Complete the cycle? Who knows. What we do know is that we’ll all be excited to find out if the first powered flight on another planet is a success when it’s finally attempted. Those NASA people generally know what they’re doing. I’m sure it will go off without a hitch.

Citroen BX | Shed of the Week